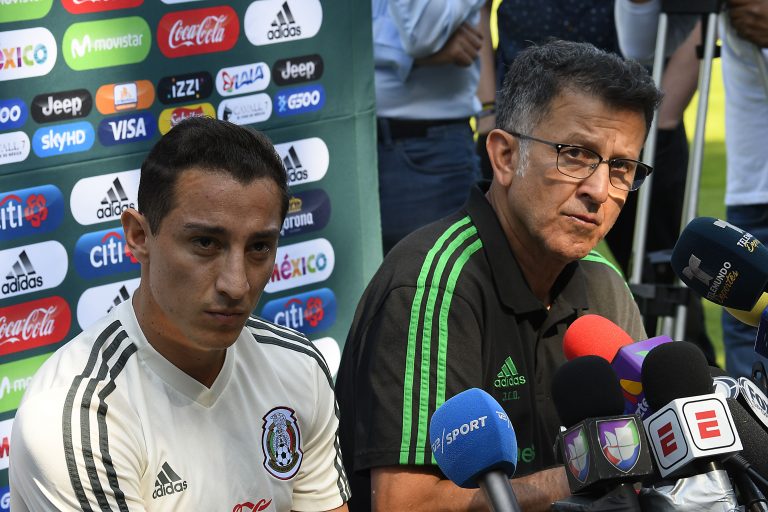 Ahead of the World Cup, El Tri have faced many questions. Many of them are regarding their play, and specifically their lack of goal scoring, while many others are around the statuses of injured players.

The story is much more about unease in Mexico among fans and staff about Juan Carlos Osorio as manager himself, as well as a sense of impunity and privilege the national team players feel.

Aside from that, Juan Carlos Osorio has brought a different culture to the job that many fans expected–one of constant hard work, attention to details, and documentation. Osorio’s trip to watch Germany take on Saudi Arabia in friendly action adds to the point about Osorio’s dedication and ethos. It was something that won him support with the people who had to work under him–his players and technical staff.

It may have been an approach that has helped El Tri be more effective in preventing chances on goal and creating goal-scoring chances. Still, the problems of goal-scoring, something that El Tri have failed to find an answer for in their World Cup preparation.

One might argue from the previous tuneups that El Tri did not work their opponents effectively enough to open up the space in the right areas to be able to score effectively. One person who could return to address that argument is Andres Guardado.

However, El Principito‘s status for the match against the Dynamite was not necessarily clear, and he could still be a doubt for both Saturday’s friendly and the World Cup. As confirmed by Osorio in the team’s pre-match press conference in Brondby, Erick Gutierrez is available on standby in case Guardado is ruled out of the World Cup. (The transcript is provided HERE by FMF.)

In addition, the conditions of Diego Reyes is still uncertain for the World Cup, according to Osorio. When asked, Osorio explained, “That is the debate we really have, if we put up with Diego, risk tomorrow or extend his recovery period a few more days. We are within the rules, because the rule says that the player can be replaced by injury and is proven, which gives us that margin of waiting if we decide that way.”

Andres Guardado also spoke about Denmark being a team that is very good collectively, that is also very good technically. They have players who are very astute to footballing situations, as to when to press, trap, or hurt their opponent as well as their general footballing duties. The Dynamite side coached by Åge Hareide are brave, organized, and looking to use the friendly themselves to prepare for a technical opponent who might take away most of their opportunities to make chances from possession.

Denmark also happens to have a winning collective history against El Tri winning three times out of the six the teams have played all time although all but one were friendlies. But with the timing of this friendly, Denmark’s preparations ultimately matter more than the result too, even though the result may help the collective spirit of the team. And in its match against El Tri, the Dynamite may employ strategies that it might want to use against the Bicolor of Peru in Group C to deal with the Bicolor‘s use of malandragem and guile in how they operate with the ball.

However, like Mexico, the Dynamite are also searching for their goalscoring answers ahead of their World Cup games. Only strikers Nicolai Jorgensen and Kasper Dolberg and attacking midfielder Christian Eriksen appear to be demonstratively clear goalscoring threats. Both Dolberg and Jorgensen had seen their goalscoring outputs and form diminish significantly from 2016-17 to 2017-18. And neither appear to play as a dominant central striker, which may make interchange a constant threat against El Tri in defending close to their own goal. Yussuf Poulsen can also harass from wide areas with his dribbling and willingness to play in dangerous areas (when deployed centrally).

The match kicks off at 2:00 PM Eastern DST (UTC -5) and can be seen on Univision and UDN in the United States, and on Azteca 7, TDN, and UnivisionTDN in Mexico. The match is available in 23 other countries. Check your local listings.