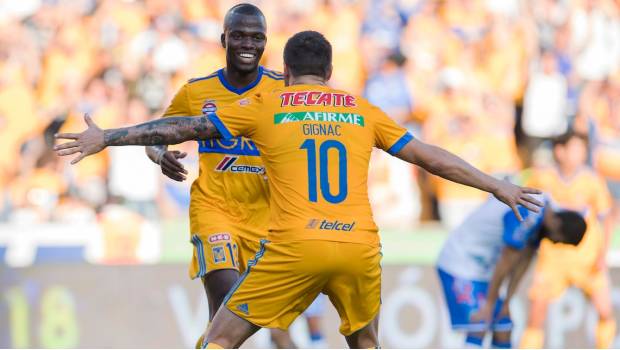 On paper, it looked like throughout the Apertura 2017 that the final was going to be the first Clasico Regio for a short tournament title. Between the two teams, the depth of players both teams have in all positions, and their effectiveness in the league and the Liguilla so far demonstrated their superiority above everyone else, even if the host Tigres needed the “higher seed rule” in their favor to even have a place in the semifinal.

The Clasico Regio is already one of the most authentically intense rivalries in Mexico, with the fever of both teams’ barras and fan-bases overall thinking that their time is now.

Why would they think otherwise? Monterrey has finished as the leaders for the last two tournaments in the regular season, and Tigres has won two out of the last three Apertura tournaments and were runners up in the last two editions of the CONCACAF Champions League.

With the final on its way, casual supporters and barras of two clubs who have seen each other as rivals in the Monterrey metroplex for decades before could be in a tense mood. And already, authorities in San Nicolas de los Garza appear to be concerned about hooligan trouble at the opening leg. According to a report in MedioTiempo, police forces around El Volcan may try to prevent trouble by preventing La Addicion, the barras associated with Monterrey from joining together at the stadium. It might be a challenge given that La Addicion and other barras and ultras groups will have already known about the police attempts to separate them, and they could re-convene at the stadium once the security is not looking and the traditional class differences embedded within the teams’ cultures despite both being run by corporate ownership groups. (FEMSA, the Latin-American bottling conglomerate that also happens to be one of the largest Coca-Cola bottler in the Americas, runs Monterrey, while a subsidiary of Mexican cement company Cemex own Tigres and the license from the Autonomous University of Nuevo Leon to use the Tigres (UANL) name.

If they can manage to find their way into the stadium, the footballing chess match could be something memorable. Both tacticians have a history of titles in Mexico and have taken wildly different approaches with their deeply talented teams. Brazilian-born Tigres manager ‘Tuca’ Ferretti has kept with a relatively cautious, adaptable man-management approach which has allowed the team to remain in a normally defensive posture but the ability to play patients and play to kill in the final third. The Rayados‘ approach under Antonio Mohamed has been much more direct, malicious, and hard-charging. Quick counterattacks, pressures, and change of pace long-balls have characterized the display of the attacking side of this approach.

Tigres UANL: Enner Valencia, Rafael Carioca. The two summer acquisitions for Los Felines have helped them play a strong team game and finish the chances they do get, especially since Andre-Pierre Gignac’s bad run of goalscoring form all tournament long. Valencia has retained his predatory, shoot-first instinct from his Emelec and Pachuca days, but has displayed an intelligence that’s allowed him to be more effective in Tigres’ talented side since returning from England. Rafael Carioca’s contributions are less visible than Valencia’s, but it’s often been his vision, passing, and pressure reading that’s helped spark the hosts’ chances and pressure this tournament.

Monterrey – Carlos Sanchez and Jonathan Gonzalez: While one can make good cases for Rogelio Funes Morí, Dorlan Pabon, and Aviles Hurtado, all three have been able finishes and propagators of chances started by the stars of Monterrey’s midfield. The two central midfield players for Rayados have to play a central role in pressing and springing Monterrey’s chances on quick transitions and changes of pace. While the 2015 Copa Libertadores winner typically joins the attack more often than the Apertura debutant Gonzalez, both central midfielders play to hurt with their passing, tackling, and pressure. The game Monterrey has will depend on whether the duo can be as effective in the battle of the final as they were during the regular season and the first two rounds of the Liguilla.

Where and When to Watch: 8:50 PM EST (UTC -5) on Univision, UDN, Univision Deportes, Sling Best of Spanish TV, and FuboTV in the U.S. The final will be available on Fanatiz’s streaming platform outside of the U.S.