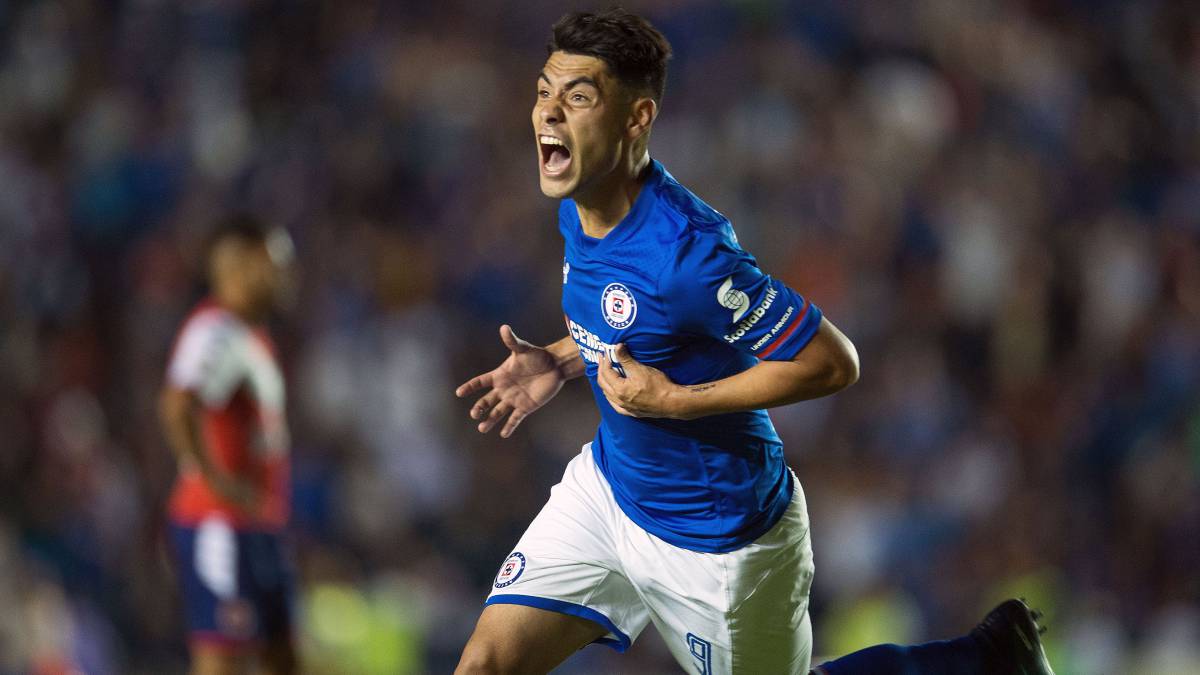 A tight victory, things got rather nervy for La Máquina towards the end of the match, but in truth Veracruz never provided a significant threat to Cruz Azul’s liguilla spot.

José Cardozo’s side managed just a single attempt on target and were completely dominated by Cruz Azul’s pressing style. After six defeats in seven, management at Veracruz must realise that Cardozo isn’t the man to keep Los Tiburones Rojos in Liga MX.

Pressure mounted at Estadio Azul after Francisco “Gato” Silva’s 20th minute penalty miss, and the subsequent failure to turn crossing opportunities into chances. Édgar Méndez was particularly wasteful, with all of his seven cross attempts unsuccessful.

But, as in their previous win over Morelia, Felipe Mora came big for Cruz Azul when they needed him most. The Chilean poacher headed in off the bar for his eighth goal of the season.

There are still question marks over Paco Jémez’s strongest starting defence, whether or not the midfield three and Mora offer enough creativity through the centre, and the rate at which Édgar Méndez loses possession, but Cruz Azul fans will be delighted to have finally made it into the play-offs. At long last, they’re back with a chance of taking the league title.

15 of Édgar Méndez's 23 possessions today have been wasted (ball given away).

Worse than his average, but it's clearly not a surprise to see him regularly wasting possession once again. #ligamxeng https://t.co/6HUeRm8wEe

The latest edition of Clásico Regio arguably went exactly how it was expected to go. Tigres dominated possession (61%), but Rayados managed more shots, and more shots on target.

Once again, Rayados’ high-risk, direct approach worked extremely well. Antonio “Turco” Mohamed’s side prevented Tigres from turning possession into goals, and they were able to twice find the back of the net themselves.

The first came from Juninho, who accidently turned the ball into his own net after good endeavour from Neri Cardozo. Avilés Hurtado doubled the advantage just five minutes later, getting on the end of Nicolás Sánchez’s flick-on, and Tigres couldn’t get themselves back into the match after these quick-fire goals.

37 points, a +17 goal difference, the league’s joint top scorer and the lowest number of goals conceded, Rayados have been one of the most dominant teams in recent Liga MX history, and will be extremely difficult to beat in liguilla.

Teams need to take some tips from Puebla and their surprise win earlier this season. Pressing Rayados quickly when they transition from defence to attack is a great way to prevent Turco’s side from countering rapidly with their direct approach. Allow quick possession to the likes of Rogelio Funes Mori, Avilés Hurtado and Dorlan Pabón, and Rayados are near-impossible to stop.

Introducing the Performance 100: A New Method of Analysing Stats

Atlas needed a win on Friday night to wrap up a liguilla place, and were heading to all three points until Robert Herrera’s 91st minute goal broke the hearts of the crowd at Estadio Jalisco.

After Cruz Azul’s win, the hopes of Atlas fans rested on Morelia, who had to beat Necaxa to prevent Los Rayos from grabbing the final top eight place off Los Rojinegros.

Morelia, the surprise package of the season, did Atlas a massive favour, winning two-one away from home.

A dominant first-half display was enough to ensure victory. First Mario Osuna placed the ball into the far corner as the ball found him on the edge of the box following an excellent run from Rodolfo Vilchis. Then Osuna set-up Raúl Ruidíaz for his ninth of the season.

Necaxa halved the deficit just after half-time through Martín Barragán, but couldn’t find an equaliser despite attempting nine shots from inside the box. A strong, if uninspiring season from Nacho Ambríz’s men, but it’s Atlas who take the play-off spot.

Golazo of the week: