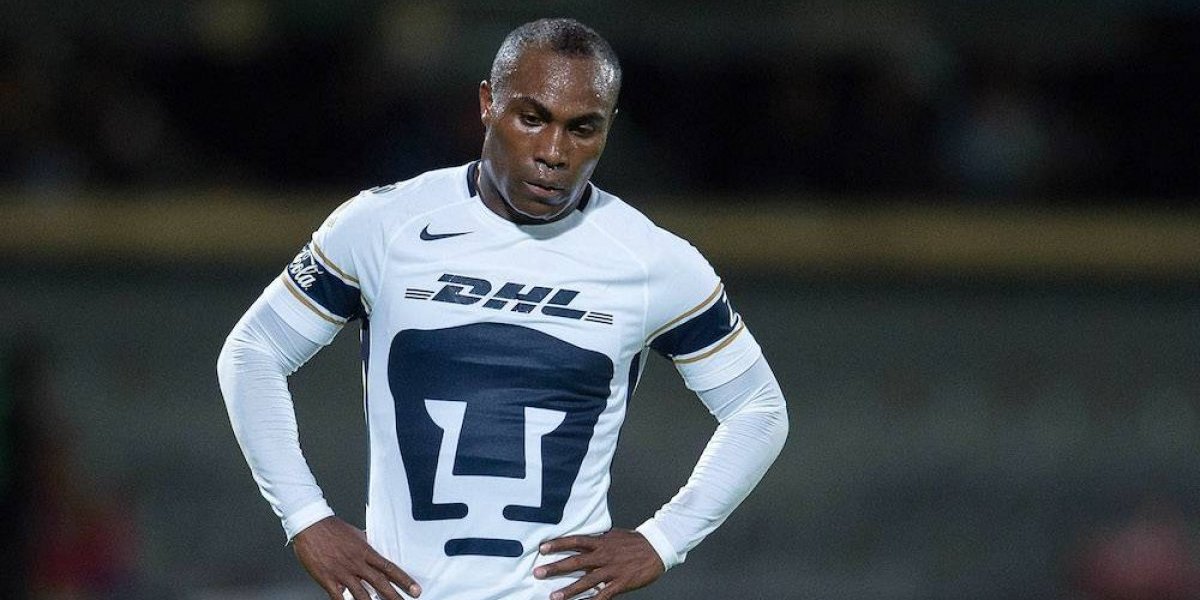 This week, Fut Mex Nation’s Tom Harrison introduced his revolutionary “Performance 100”, a new way of analysing data in football. Here, using the Performance 100, he takes a look at the most wasteful players in Liga MX…

Players must have had at least 100 possessions across the season to qualify for the list, and note that this only looks at outfielders, not goalkeepers. 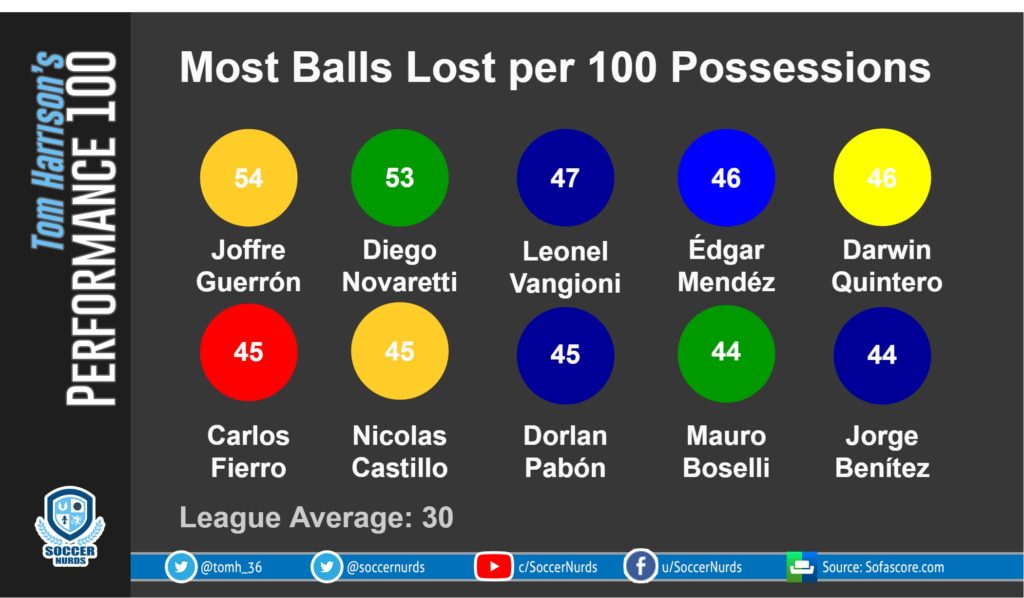 Pumas’ Joffre Guerrón tops the list, losing the ball 54 times out of every 100 separate occasions that he has it. One other player loses the ball more than 50% of the time, Diego Novaretti.

The rest of the list includes some of Liga MX’s biggest risk-taking attackers, and three players from Monterrey, a very direct side.

In order to understand the styles and quality of the top ten in better detail, creations have to be taken into account as well. In the eyes of many coaches, it’s acceptable for players to lose the ball often if they’re also regularly creating opportunities.

For this article, creations include key passes, successful dribbles and shots on target. Successful crosses aren’t included as there’s a large crossover between key passes and crosses, as many crosses are also counted as key passes.

Seven of the top ten players included in this chart create something at least 11 times out of every 100 possessions, with Dorlan Pabón the leader with 13. This is far in excess of the league average of five.

As a result, the regularity at which they lose possession isn’t necessarily an indication of poor performance, although there are certainly much more efficient creative players, and Guerrón’s rate of losing the ball is far from impressive. What it definitely tells us is that these players are more than happy to take big risks on the pitch.

Fierro is the easiest player to assess, as he can be compared with the other forwards in this top ten. The Chivas player creates something on just seven occasions out of his 100 possessions, significantly below the other seven on this list, and a low total for a Liga MX winger. It’s evident that his performances this season haven’t been nearly good enough, and his consistent place in the Chivas side is an explanation behind the Guadalajara’s side’s struggles in the 2017 Apertura.

Leonel Vangioni is tenth for creations (six per 100 possessions) for full-backs. This is impressive, and it’s important to take both this and Monterrey’s direct style into account when analysing Vangioni’s performance since joining Los Rayados. However, his efficiency does need to be improved.

Finally, Diego Novaretti. The Argentine does have a good creation stat for a centre-back, two per 100 possessions, but losing the ball more than 50% of the time that he has it is really poor. Especially when fellow León centre-backs give the ball away around 35% of the occasions that they have possession.

This is just the beginning of the usage of Performance 100 in analysing Liga MX players and teams, a huge amount can be learnt when comparisons are made on a more level playing field than total numbers or actions per 90 minutes. Make sure you’re following @tomh_36 and @soccernurds on twitter to keep up with the latest studies.