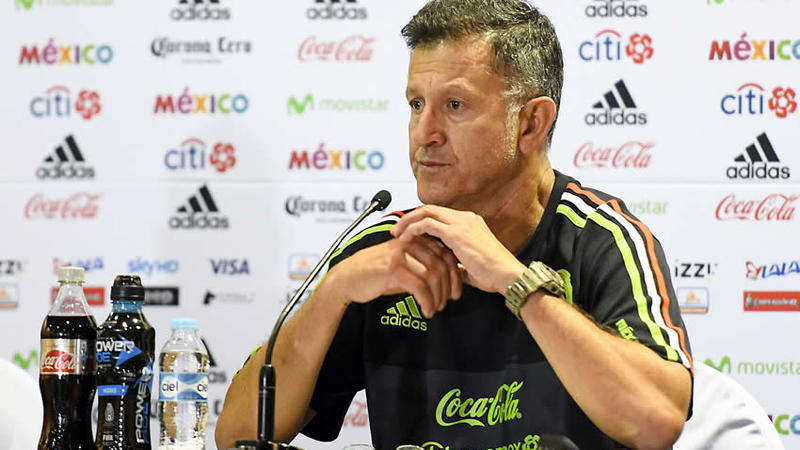 After Friday’s win against Panama, El Tri knew the primary mission of the cycle was accomplished. But the achievement of qualification for the 2018 FIFA World Cup is only a minimum bar which has to be cleared.

The next phase of El Tri‘s World Cup preparation is to guarantee themselves the best chance of getting to a quinto partido in Russia as they possibly can. That duty includes getting FIFA their ranking as close to the Top 7 of the teams qualified to the FIFA World Cup as possible.

That mission starts Tuesday’s match at Estadio Nacional in San Jose, when El Tri visits the Ticos of Costa Rica. The Ticos (4-2-1, 14 pts) themselves sit only three points behind Juan Carlos Osorio’s side in the Hexagonal table, and together with El Tri, have separated themselves from the rest of the teams in the final phase of the tournament.

But the Ticos might be El Tri‘s toughest opponent in the tournament. Ticos’ manager Oscar Ramirez has turned out to be an astute tactician who’s scouted his opponents very well helped to set up his team to exploit them early and often. ‘Monchillo’ Ramirez has used subtle tactical cues about opponents, like how the United States provides clear distinctions as to which players exclusively attack and exclusively defend, and how they do so, which overwhelmed the Stars and Stripes in the two games the Ticos played against them.

And like with the match against the United States, ‘Monchillo’ may take tactical cues from the Panama side that El Tri beat on Friday, and take advantage of how they able to challenge the Mexico defense on the wings and through long-balls when the gaps appeared.

Juan Carlos Osorio’s side must be prepared to adjust as they did against the Canaleros when they were able to trap, transition, and dribble quickly to generate and finish goal-scoring chances. And when they have to, El Tri must be able to take chances on their own and be the protagonists.

Unlike El Tri, the Ticos are not yet qualified for the World Cup. A win against Mexico presents the easiest circumstance to do so. While the Ticos could theoretically qualify with a draw against El Tri, qualifying directly would require a winner from the match in San Pedro Sula between Honduras and the United States. And obviously, the Ticos have every reason to try to be protagonists.

Still, there are benefits for El Tri to not let the calm mood of their training sessions turn into complacency on matchday. The Ticos are the last opponent in the Top 50 in the FIFA rankings that El Tri will play in a qualifying match. And so, the match represents Mexico’s final opportunity in a qualifying match to pick up the significant rankings points it needs to potentially earn a seed in Russia.

And Osorio’s El Tri not only has the initiative of the FIFA ranking-dependent seed to deal with. They also want to finish in first place in the Hexagonal and achieve their best-ever points total from the final phase of CONCACAF’s World Cup qualification tournament, as well as finish their World Cup qualification campaign undefeated.

And in the press conference conducted after training, both Juan Carlos Osorio and goalkeeper Guillermo Ochoa noted that the task to handle the media, including questions on Osorio’s job with El Tri, were still there. When Osorio was asked about his job security by one U.S.-based journalist, Osorio replied, “I don’t know. Ask Decio [de Maria, the president of the Federation for Mexican Football (FMF)].”

‘Memo’ Ochoa noted about situation around Osorio was something about how the players would handle their media tasks. “The key (to his survival as coach) is how we take the criticism (from Mexican press.”

And when asked about his role in the match, Ochoa simply added, “We shouldn’t fall into provocation. Keylor is a great player. This isn’t Keylor vs. Memo.”

Still, the El Tri that walks out of the tunnel to play at Estadio Nacional could look somewhat different from the side that faced Panama. Winger Javier Aquino has to serve a yellow card suspension, and outside midfielder/defender Jesus Duenas returned to Nuevo Leon after the match to deal with a family issue. And some betting sites have placed odds on how many further changes (or other changes) Osorio could make to El Tri‘s lineup.

And this window may be one of the last times El Tri will see its Europeos. While the Europeos could still be called in, the FMF has offers on the table to play two friendlies in Asia which could exclude [the Europe-based players].

Whether the arguments can hold true will be determined on Tuesday, September 5 at 10:00 PM Eastern DST (UTC -4). The match can be seen on BeIN Sports in English, BeIN Sports Espanol, Telemundo, and NBC Universo and can be streamed on Telemundo Deportes, Sling Best of Latino, BeIN Sports Connect, FuboTV, and Sling World Sports.

Mexico: Jesus Manuel Corona – While Hirivng Lozano rightfully should get plaudits as a striker who has taken some of the scoring burden off of Chicharito, no Mexico player generate  chances through his dribbling and instinct to take on defenders like ‘Tecatito’ has. Against the Ticos who like to defend as a group rather than as individuals, how Costa Rica handles him could be the key to Mexico finding a breakthrough against Keylor Navas.

Costa Rica: Bryan Ruiz – The captain is the obvious talisman among a group which lacks the deception of Joel Campbell. He can make chances with his dribbling, passing, and finishing from both wide positions and from a center forward position. While, by name, Ruiz is a talisman, the Ticos only use him as one of many options. So, expect that the Ticos might not use him all that often on some of their attacks and counterattacks.

CREDITS: Juan Carlos Osorio quotes were originally transcribed by Juan Arango, who is covering the match for DeporteTotal USA. The report on Mexico friendly destinations originally appeared in MedioTiempo. And the report on odds set on the number of rotaciones in El Tri‘s lineup first appeared in a report featured on ESPN Mexico.