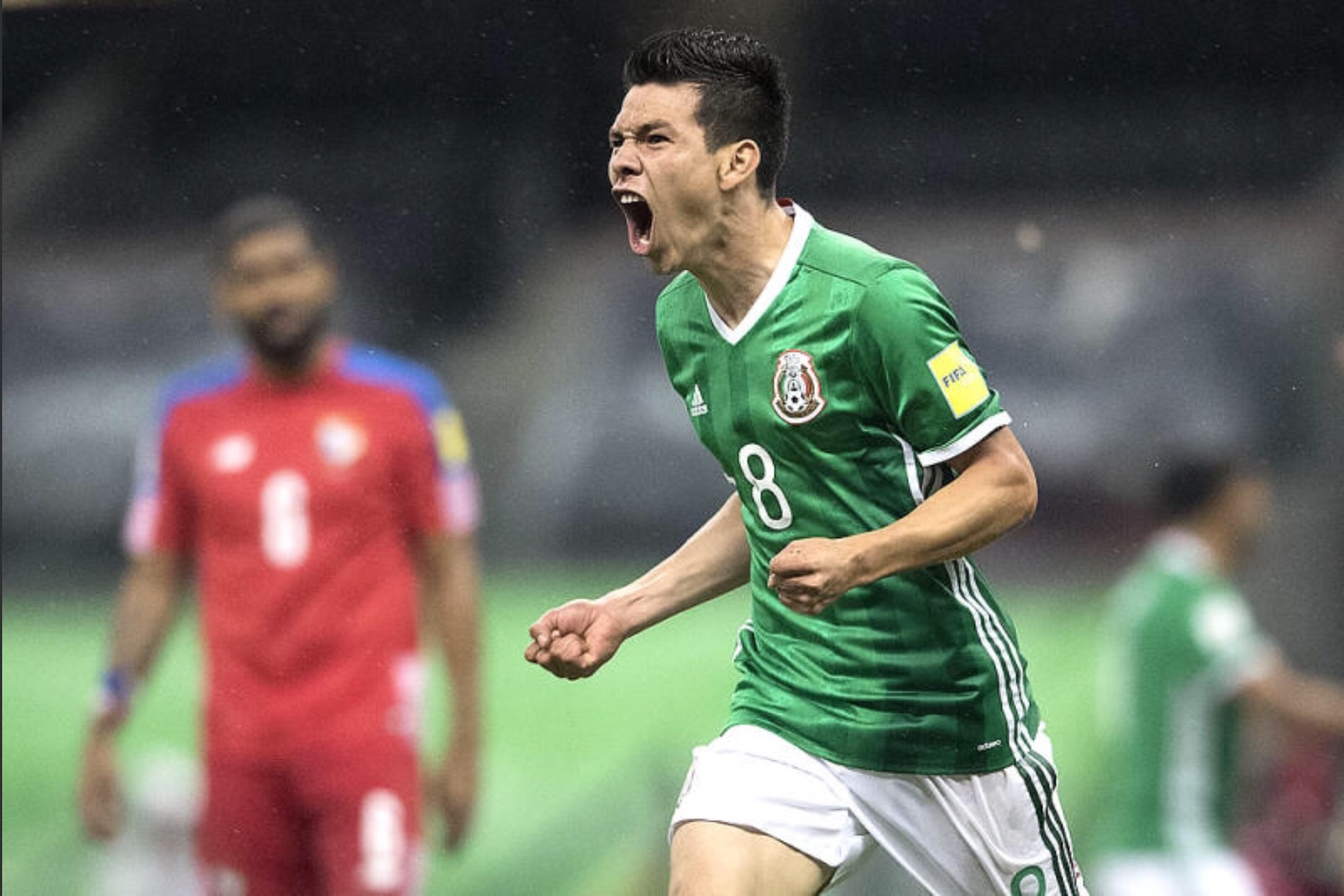 MEXICO CITY, Distrito Federal. El Tri came into tonight’s World Cup qualifier knowing that a win combined with other results could book them a place in the 2018 FIFA World Cup. Hirving Lozano’s header (52′) in the second half was all Mexico needed to cement their place in the World Cup finals in Russia, defeating Panama by the only goal of the game.

After Costa Rica defeated the United States in New Jersey, El Tri tried to open the game with chances from patient possession, thinking that something off the ball could open up chances against Dario Gomez’s side. But in the first phases of the game, it was the visiting Canaleros who had most of the early chances. But those chances, a header by Felipe Baloy and a shot by Alberto Quintero off set pieces, did not challenge Guillermo Ochoa.

But El Tri were not without their chances in the first half. A triangulation near the penalty area involving Jesus Manuel Corona and Carlos Vela eventually found Javier Hernandez with space to shoot, but his shot curled wide ofbthe mark. And earlier, Jesus Gallardo dribbled past two defenders on the left wing to enter the penalty area, but the chance went away when Jesus Gallardo couldn’t find a runner inside the area on his low cross.

When play resumed in the second half, Panama immediately became protagonists off a set piece, and Guillermo Ochoa had to intervene to keep out a free kick from Ricardo Buitrago in the 49th minute.

The Canaleros would rue the missed chance four minutes later, when Mexico found their breakthrough on the counterattack. On that counter, Jesus Manuel Corona evaded a challenging defender and found Hirving Lozano unmarked inside the area on the cross. Then, ‘Chucky’ Lozano finished the header past Panama goalkeeper Jose Escobar to open the scoring.

Mexico had a counterattacking chance in the 73rd minute to extend their slim advantage, but Javier Aquino, who was unmarked when he received his cross, could not place his shot on frame.

With El Tri moving into a defensive posture late, Panama uses the possession they had enjoyed for much of the match to generate chances which missed the target. The first came off a curling shot outside the area by Alberto Quintero in the 88th minute, and the second came in second half stoppage time, when Gabriel Torres fired an attempted finish off a quick buildup wide of the near post.

While there will be controversies over the mentality with which Juan Carlos Osorio’s El Tri play, the reality is now that under his watch, Mexico is now only the fourth team to book their place in the 2018 World Cup final via the qualification route, joining Brazil, Iran, and Japan in the final.

And with the win and ticket in hand, Mexico travels to San Jose to face second place Costa Rica at the Estadio Nacional on Tuesday, September 5 to cement their position as top qualifier from CONACAF. That team which faces the Ticos could feature fewer of the Europeos who featured today.

The Canaleros (1-4-2, 7 pts, who dropped to fifth position in the final phase of CONCACAF’s World Cup qualification tournament, return to the Estadio Rommel Fernandez to take on bottom side Trinidad and Tobago, whose own slim World Cup qualifying hopes will be in the balance for that match.