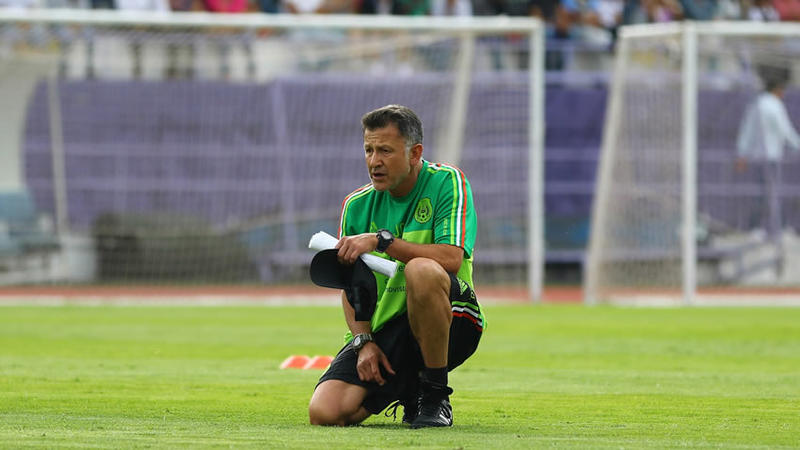 The cries of “Fuera Osorio!” have been heard frequently, whether it was outside press conferences or in stadia in both Mexico and the United States. With good reason, there’s a reason to question whether Osorio has sacrificed the  team’s collective maliciousness and effectiveness in their approaches, whether these are minute details as to what kinds of passes teams and players tend to play in certain situations, or big approaches as to the balance of their attack and how they break down particular marks.

However, against the Canaleros on Friday, Juan Carlos Osorio has a chance to do what three managers in the last World Cup cycle could not do in the 2014 cycle–get El Tri qualified directly to the FIFA World Cup. All that would be required would be a win against Panama and a draw or defeat by Honduras against/to Trinidad and Tobago. What the Catrachos do against the Soca Warriors of Trinidad and Tobago is not in Mexico’s hands.

What El Tri can control is their own play against Panama, who will be without potential starting center back Valentin Pimentel, who picked up an injury in Plaza Armador’s CONCACAF League match last week. In his place, the Canaleros could turn to Felipe Baloy and Roberto Chen, two players who have not featured in ‘Bolillo’ Gomez’s selections since March of 2017.

Both Baloy and Chen may provide international experience, but in their own ways, represent opportunities for Mexico to attack vertically, and through the change-of-play long, breaking diagonal passes Andres Guardado and Hector Herrera like to play when with the national team.

And with Hirving Lozano coming into the national team in good scoring form, and ‘Chicharito’ and ‘Tecatito’ Corona both featuring in Osorio’s national team for the first time since the first half of 2017, there’s the potential for El Tri to put away its match against the Canaleros early.

Defensive midfielder Anibal Godoy, who is based with MLS franchise San Jose Earthquakes may actually be the player whom El Tri may have to break or pull out of a recovery in order to accomplish that. But the Panama volante, playing in the same league as the Dos Santos brothers, will not be well adjusted to playing under pressure quickly. And the priority of Osorio’s El Tri should be to try to press him and the other players the Canaleros play in the midfield and generate chances (and finish them) quickly from the resulting turnovers.

But another immediate question is what happens for El Tri with their own lineup for the match. Two players whom Osorio noted in his press conference who would not feature on Friday would be Hector Moreno and Jair Pereira, both central defenders. Osorio also added that many of the players who came into the national team who would play against Panama could leave ahead of El Tri‘s trip to San Jose to face Costa Rica.

But for the Canaleros, the hope is there that Mexico can be complacent and concede points at home. In fact, the Canaleros (1-4-1, 7 pts), sit in a much more precarious position being in fourth spot. A shock win combined with other results could help the Canaleros move into the automatic World Cup qualifying places with three matches to go, and make the visitors’ hopes to qualify for their first-ever World Cup that much more likely.

The match kicks off at 9:30 Eastern DST (UTC -4) and can be seen on Fox Sports 2, Univision and UDN in the United States. The match can also be streamed on FuboTV, Fox Soccer Matchpass, Univision Deportes, Fox Sports Go, Sling Blue, YouTube TV, and Sling Best of Latino.