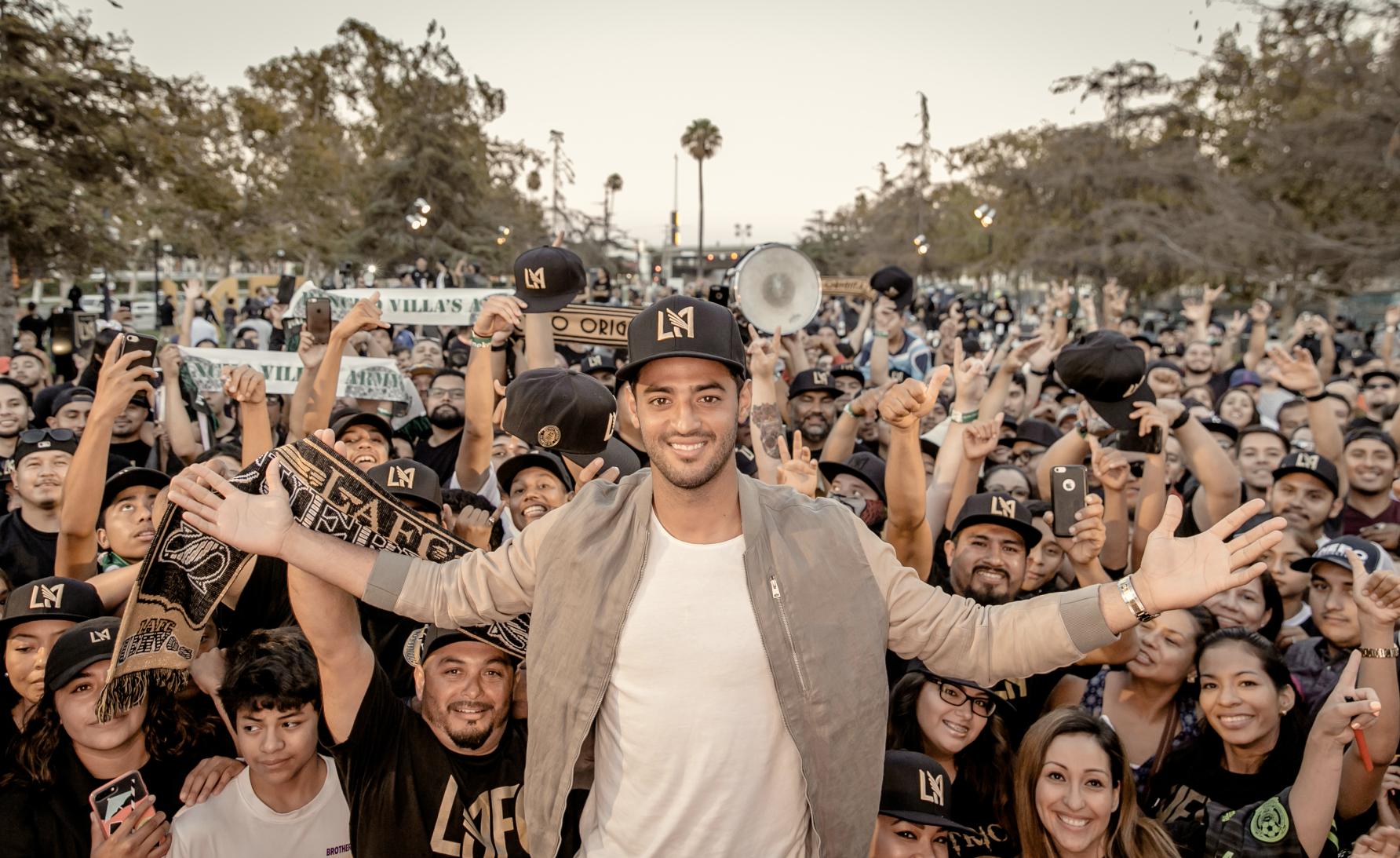 With the summer transfer window set to close next week, the Gentlemen have been furiously working the phones, scouring the social media, burning through their puros and emptying their snifters to see what, if any, remaining moves will be made by Mexican players.  As you will see, it is not necessarily where players are moving that is the main point of contention, but the size of the player available player pool.

JJ:  Joely, another season is upon us.  An important season, as all seasons before a World Cup are. Mexico fans, while usually at the very least cautiously optimistic, saw 2 of their best players sign contracts to play in Southern California, not the preferred Southern Catalonia. The transfer news for Mexicans has been underwhelming. What can you tell fans to walk them off the ledge?

Joel Aceves:  Well, Yon, I will tell fans that the team’s chemistry is more important than what clubs players belong too. The most successful Mexican National teams have all been formed by majority of Liga MX players. I know there is a concern about Major League Soccer lowering the quality of the Dos Santos brothers but I will remind fans that this summer an MLS based squad (Jamaica) eliminated the Tricolor at the Gold Cup. So, obviously MLS is not as bad as Mexico fans make it out to be.

JJ:  Mexico fans’ misconceptions about MLS are for the most part unfounded, but before we get into that, there are a few variables in play here. The first is the player. Does the player maintain a level of professionalism that his dedication to the craft is unquestioned?  Does he like the desmadre?  Most are obviously somewhere in between. If only we had a litmus test that could tell us.  Another is playing time. Is he starting, does he get quality minutes? On the bench?  Does the coach want to keep him around?  Where does he play?  And of course, attitude.

Because of the fact that Mexico does not export a lot of players, the expectation is for players who make the leap do so for the opportunity to better their careers.   But who gets to decide what is best for the player?

As fans, we want our best players to make decisions that meet our interests. But players usually don’t consult us. Even the gentleman status that you and I enjoy isn’t enough to merit a call soliciting career advice.

Joely:  I believe that because Mexico’s golden generation has not been able to meet expectations at the senior national team level in top tourneys, the fans and media have placed more importance on for which teams the players sign contracts. I remember after the 2014 World Cup most Mexico fans were excited about the news linking Guillermo Ochoa to clubs like A.C. Milan and Liverpool. Instead, Memo has had quite the struggle with relegation bound teams.

My take is if Mexico had won the Copa America Centenario or FIFA Confederations Cup we wouldn’t care if Ochoa was playing at Lobos BUAP or be worried about the Dos Santos brothers move to Los Angeles. These demands and expectations, in my own opinion, is what is driving Mexico’s top talent to MLS. I find it ridiculous that a player like Jonathan Dos Santos has to explain his decision to sign for the Galaxy. Obviously, a big part of their decision to come play in the U.S is because of life off the field: family, and post-retirement careers. These players will need other outlets to generate money. There are many players that struggle to maintain a good quality of life after hanging up the tacos. There is only room for so many to continue in the game as coaches, general managers or pundits.

JJ:  That last contract, the one a player signs between the age of 25-30, should be the one that sets a player for life… if all goes as planned. Neither Gio nor Jona were going to get that contract in Europe. Carlos Vela was in the same boat.

In fact, of all the Mexican players to have played professionally in Europe in the modern era, only 3 players have stayed beyond the age of 30:  Hugo, Rafa, and Guardado. Chicharito is poised to be the 4th.

It is not an indictment on the players as much as it is on the infrastructure. Mexico aspires to be a top 10 national team.  In order for that to happen, however, Mexican players need to be playing in the top leagues. But having a handful of players in Europe is not going to accomplish that. Mexico needs to have dozens of players in Europe.  There needs to be a good number of Mexican players in as many leagues as possible. And that means players need to be developed somewhere, and that does not necessarily mean Mexico.

Joely:  Which is why Mexico fans need to stop turning their nose at MLS because the league offers such an opportunity. I can understand why there is such negativity from fans given how many  Mexican players have failed to live up to expectations. These would be, of course, to light the league on fire and dominate. When Jorge Vergara bought Chivas USA he claimed “el futbol esta aqui” insinuating that his Mexican heavy squad was going to overpower the league.

The problem, though, is that he sent a bunch of JAGs from Guadalajara’s youth team and damaged goods like Martin ‘pulpo’ Zuniga, who only played the first five minutes of the club’s inaugural match before sustaining a career ending injury.  Then we have the big-name signings like Rafael Marquez and Luis Hernandez.  Neither ever put much effort into their north of the border adventure. Hernandez, for example, is said to have kept to himself in the locker room and made constant trips to Monterrey.

But there are examples of how players do when they have the right mentality: We see it with Carlos Salcedo who played at Real Salt Lake and is now playing for his second European team, Eintracht Frankfurt.

Then there’s the case of Cuauhtémoc Blanco – many people thought his career was over after he signed with the Chicago Fire, but instead he got in the best shapeof his life, was a key player for Chicago Fire, rescued the national team from missing out on the World Cup, and scored a goal in Polokwane at the age of 37.

JJ:  It is all about a player’s attitude.  Rafa and Matador, as you mentioned, never wanted to assimilate into MLS, but other Mexican players did so and it paid off for the national team. The aforementioned Blanco, and Jorge Campos, who was sensational in France after minding the net in MLS. And we would be remiss not to mention 35-year-old David Villa, MLS’ leading scorer, who has been nothing but sensational since his move to NY.  He was called up for Spain’s qualifiers for September.

The bottom line is the 9-9 rule will limit opportunities, not just for marginal Mexican players in LigaMX, but those who consolidate themselves after 26.  Would late bloomers like Matador or Horrible have had, with the 9-9 rule in effect?   Doubtful.

MLS is expanding to 28 teams over the next several years. That is a lot of roster spots. A lot of opportunities for a fulano detal that did not have the right connections or find the right path to Liga MX.  And we cannot underestimate the amount of Mexican talent that lives in the US alrerady.

I still maintain that Mexican players need to be abundant in the big 4 European leagues to reach elite levels. But does it really matter if they there via MLS or LigaMX?

Joely:  It seems to me that Mexico fans are too often guilty of  putting the cart in front of the horse when it comes to sending players abroad. As soon as a new talent is discovered, they feel that the best course of action is to leave for Europe as soon as possible. It is as if that, and only that, will help the player’s development.

This train of thought completely ignores the fact that average life span of Mexicans going abroad is two years. We seem to forget how emerging talents like Ulises Davila – bought by Chelsea – developed only into a journeyman who ended up playing in various small clubs.  More importantly, we can’t forget that FIFA changed the rules for signing U18 players because of the substantial number of players who became homeless after being released by European Clubs.

Very few European clubs want to develop talent; they just get young players in hopes of landing the next Messi. That said, the most important thing in player development is playing time. This is the main reason why Mexico’s talented U-teamers return home and fade away while the players that were overlooked for Uteams go on to have better careers. So, in order to have more talent we just need to have a deeper player pool.  Whether they play in Liga MX, Liga de Ascenso or MLS, it doesn’t matter as long as they play.

JJ: Think of the players that had the most expectations of any player since Hugo Sanchez:  Gio and Vela. They both spent the better part of the most most crucial years of development on the bench. And if they did manage to see the field and get a little momentum, off they would go to Mexico to play qualifiers.

And when they returned to their clubs, it was time to roll the rock up the hill again.

Javier Hernandez debuted with Chivas about the same time, and it took him 3 years to consolidate himself at Chivas. But when he did….  Hernandez will do well wherever he plays because of his impeccable sense of not only his world class professionalism, but his competitiveness.  He, Rafa, Guardado, and Hugo are the standard bearers, but they are also the outliers.  The only way that changes is for Mexico to flood the market with quality players.

Don’t get me wrong, I do think it is great that Mexico’s best players are in Europe. But it is not enough.  20 players in Europe is laughable.  I want to see a dozen players in La Liga, and a dozen in the EPL, Bundesliga, etc.

Joely:  That is Mexico’s Catch-22 and we won’t have more Mexicans playing because the Liga MX club owners bought into the idea that for the league to be more entertaining, they need to have more foreigners.  And the problem here is that the majority of foreigners that come are marginal at best.  Moreover, 112 goals were scored through 5 Match Weeks of Liga MX action.  Only 28 were tallied by Mexican nationals (less than 30%) with Oribe Peralta leading the pack with 3 goals.

The big reason, of course, is the overwhelming number of foreign attacking players. Couple that with Mexico’s best strikers playing abroad, and it is a problem. When all the best Mexicans were home based they would challenge for the scoring title. Now, we see one or two Mexicans as the top 10 strikers in the league. I firmly believe Mexican can produce more players of Peralta’s and even Raul Jimenez’ level. Ideally, half of those 112 goals should come from Mexicans.

JJ: Some clubs have started to make the adjustment.  Pachuca, of course, being the most notable.  They didn’t move mountains, they just made a commitment to develop players.  That is all it takes.  Perhaps we will see more clubs do the same.  Unfortunately, I won’t hold my breath.

Joely:  Me neither, Yon.  Stay safe with the big storm.