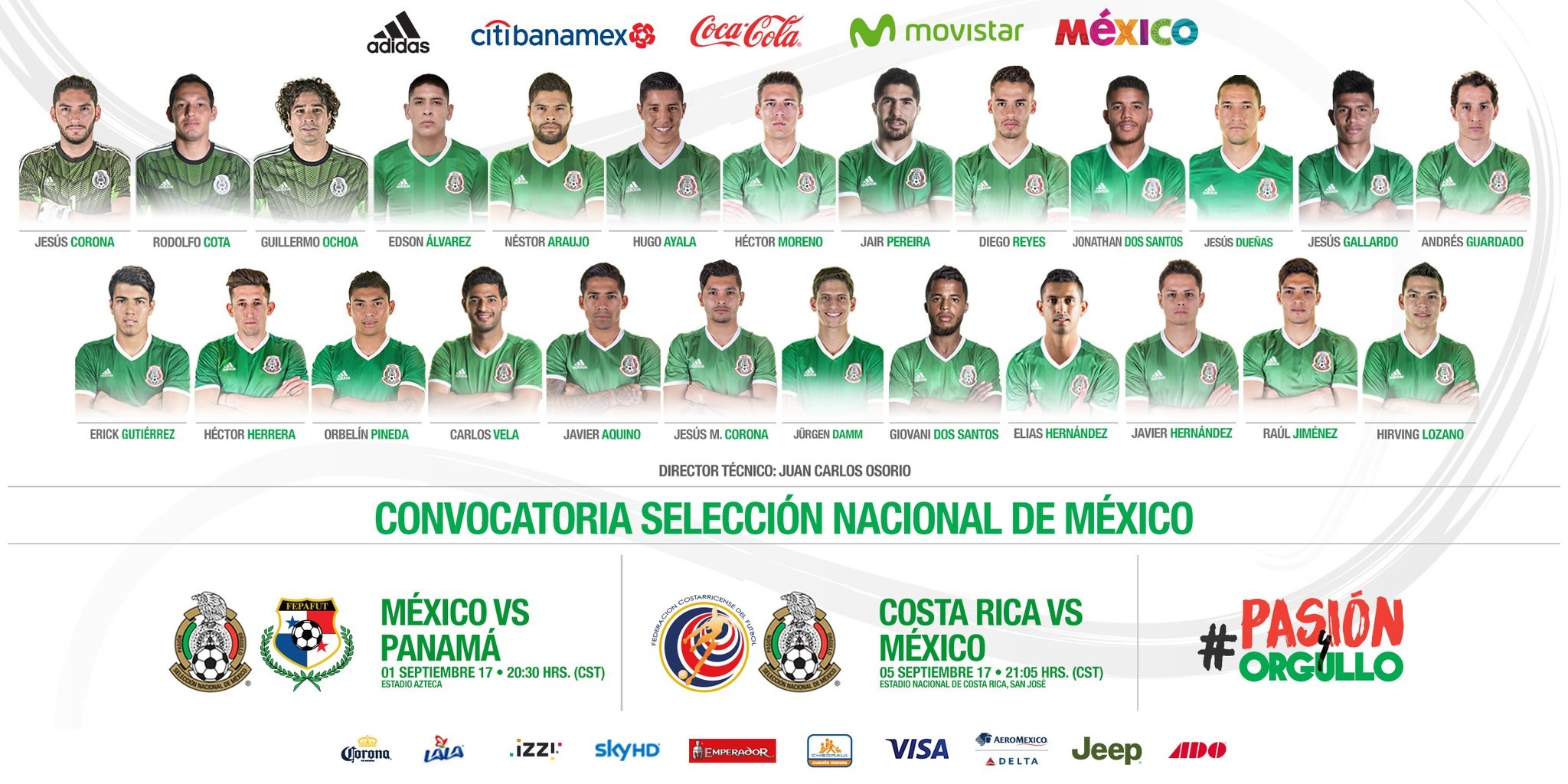 The squad is notable for its exclusions, like Rafael Marquez and Miguel Layun. Both players have not seen the pitch for their own reasons, with the latter struggling to find a new club. Other players, like Club America captain Oribe Peralta, Carlos Salcedo (Eintracht Frankfurt), and Marco Fabian (Eintracht Frankfurt) were omitted from the national team selection due to injury.

It also features only twelve players based outside of North America, and it is the first squad that Osorio will be officially restricted by the FMF and its new sporting directors (Denis Te Kloese and Gerardo Torrado).

The squad will convene after Jornada 7 in Cuernavaca ahead of the team’s home qualifier on Friday, September 1 against Panama at the Estadio Azteca. Then, the squad will travel to Costa Rica to play the second place Ticos on Tuesday, September 5.

Here is the full squad that Osorio will take with him for September’s World Cup qualifiers.