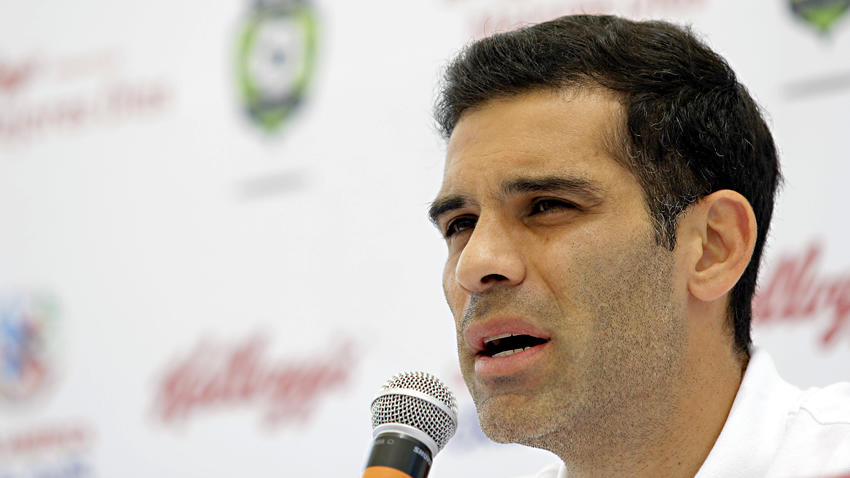 According to a report first published by the Associated Press, U.S. Department of Treasury announced that it would impose sanctions on Mexico national team captain Rafael Marquez and 21 other people on evidence that they had ties to a drug-trafficking ring headed by Raul Flores Hernandez.

? Breaking News: Rafa Márquez being accused by the U.S. Government as being a front man for a drug kingpin. pic.twitter.com/e7pHMIAJZT

The organization also announced it would impose sanctions on 43 assets held by the sanctioned parties, including a soccer school which lists Marquez as its owner and a casino. But it also includes several other companies listing Marquez as the primary owner.

The casino, Grand Casino which is based in Guadalajara, was among other assets that were seized by the Mexico Attorney General’s Office.

The Treasury’s Office of Foreign Assets Control reported the results of a multiyear investigation into the financial connections of Raul Flores Hernandez, who operated an independent drug trafficking operation out of Guadalajara, but had alliances with the much larger Sinaloa Cartel and Jalisco New Generation cartel. The U.S. Department of the Treasury demonstrated conclusive links between drug trafficker Raul Flores Hernandez and businesses run by Rafael Marquez and 21 others. (@USTreasury)

The sanctions, imposed most famously on Marquez and norteno singer Julio Cesar Alvarez (Julion Alvarez), would prevent affected parties from doing business with U.S. citizens and freeze all the affected parties’ U.S. assets.

Later, Rafael Marquez voluntarily went to the Mexico Attorney General’s office to speak on the matter and talked about the matter once he returned to training with Los Zorros.

He explained that he categorically did not participate in any activity with criminal group, but he knows his legal situation and wants to thank those fans that had been sending supportive messages to him.

“I thank all those who have sent me messages of motivation, support, encouragement; I know that a lot of people are with me and I will not disappoint them, just as I have faced my career as a professional, today is my most difficult match and I will try to clarify this when I can and be the Rafa Márquez you know,” he noted.

The Atlas captain gave the press conference, but abruptly left without taking any questions. He only made one final statement to the press about his situation.

“I categorically deny any relationship with that organization and the facts referred to in the various journalistic notes, I understand the legal situation in which I am and I will immediately embark on the clarification of the facts with the support of my team of lawyers,” he said.

Later, Alejandro Cruz, a criminal defense attorney practicing out of Mexico, explained to MedioTiempo the advice that Marquez should be taking on the matter. Namely, Marquez, in Cruz’s opinion, should take the charges seriously and learn how the links to Raul Flores Hernandez could have happened with his business could have happened without Marquez’s knowledge.

According to the U.S. Treasury Department, if Marquez (or anyone linked to a kingpin) is found guilty or liable for a civil violation of the Foreign Narcotics Kingpin Designation Act, the U.S. law under which he could be prosecuted or sued, he could face a fine of up to 1.43 million U.S. dollars. If Marquez is found guilty in criminal court for violation of the same act, he could face up to 30 years in prison and a bond up to $5 million USD.

On a positive note for the Mexico libero, the U.S. Department of Treasury’s official statement recognized Marquez’s exploits of that of one of Mexico’s best-ever players.

Can Lobos BUAP Maintain Their Impressive Form?
Where to Watch Jornada 4 of Liga MX Apertura 2017
To Top