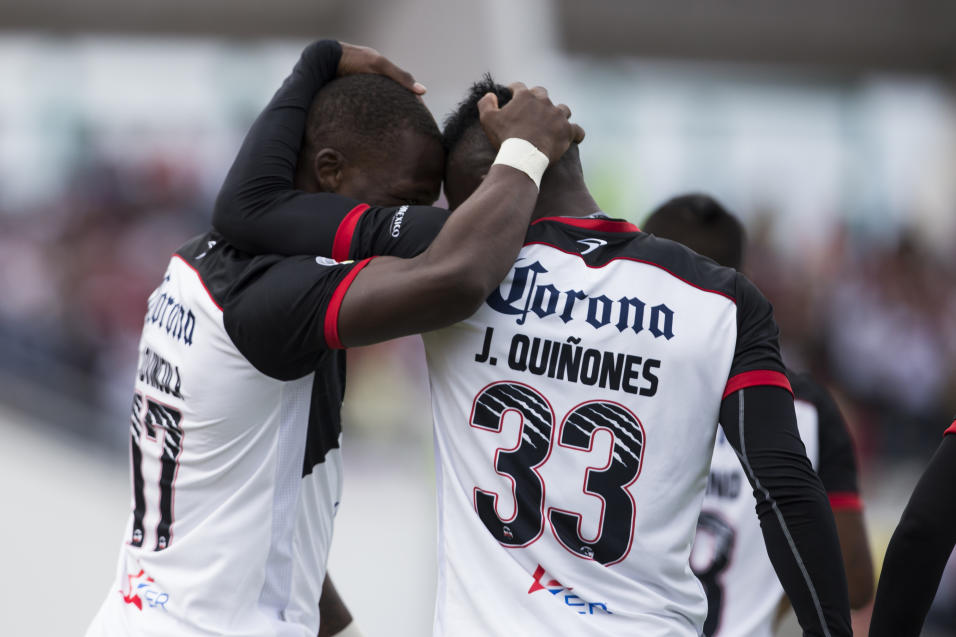 Last season, Lobos BUAP finished 6th in Ascenso MX, whilst Tijuana were topping the Liga MX table. This season, the two sides have flipped around, with Lobos top and Tijuana bottom. It’s yet another example of the parity within Mexican football and how quickly things can change.

At first glance, the attacking performances of Lobos and Tijuana so far this season couldn’t be more contrasting. BUAP have scored a league high nine goals, whilst Los Xolos are yet to find the back of the net.

But let’s forget goals for a moment, and focus on shots.

Remarkably, both sides have attempted the same number of shots this season, 33. This ranks the two sides joint 12th in Liga MX.

These numbers aren’t a result of Tijuana attempting a large number of shots from distance. In fact, Xolos have shot from inside the box on more occasions than Lobos BUAP have.

Performance of the week: Lobos BUAP ?

The key to Lobos scoring nine more goals than Tijuana this season is the creation of ‘big chances’, and efficiency/quality of the shots attempted.

Lobos BUAP have hit the target with 18 of their 33 shots, compared to Tijuana’s eight of 33. Eduardo Coudet’s side have also failed to create a big chance this season according to Sofascore.

Nine goals from 33 shots is an incredible record from Lobos, better than one goal for every four shots. BUAP’s record concerning shots on target is even more ridiculous, with half of them finding the back of the net.

Maintaining this rate in front of goal is highly improbable. The most efficient side in front of goal in the 2017 Clausura, ironically Tijuana, only scored a goal for every 7.1 shots attempted. Almost half as efficient as La Manada this season. Querétaro were averaging a goal every four shots during Jaime Lozano’s first seven games in charge, but this rate quickly fell away and Los Gallos Blancos dropped down the table.

Keeping up this scoring efficiency appears even more unlikely when taking into account the main source of Lobos BUAP’s goals this season. Five of the nine goals have stemmed from crosses.

Lobos have threatened via wide spaces in all three games so far, specifically through wing-backs Heriberto Olvera and Luis Advíncula. Both Olvera and Advíncula have license to push forward whenever possible, and have impressed in a similar fashion to Atlas’ attacking full-backs Luis Reyes and José Maduena. When crosses have been sent into the box, forward Julián Quinones has excelled aerially.

The problem with crossing is that it’s usually an inefficient method of scoring. Even in jornada dos, when an unusually high eight goals came from crosses, fewer than 3% of all crosses led to a goal, with just over 25% finding a teammate. Over the three jornadas, 24.9% of crosses have found a teammate, and 1.8% have created a goal. 7% of crosses that find a teammate end up with the ball in the back of the net. This efficiency of crosses is almost half the efficiency when all shots are taken into account. 13.7% of shots have resulted in goals this season.

In other words, this season, Liga MX teams have been almost twice as likely to score from any given shot (including those that stem from crosses) than from a cross.

Lobos’ fantastic start hit trouble in the early hours of Sunday morning, not long the three-two victory over Pachuca.

Colombian winger William Palacios went out in Puebla with compatriot Julián Quinones, and got involved in a fight.

Palacios was met with an extremely firm punishment, being released from his contract. Quinones is set to be punished.

Coach Rafael Puente Jr. and the rest of management at Lobos BUAP have a major challenge to get squad morale high following this incident, particular after Quinones came out in support of Palacios.

Many other players may share Quinones’ view point, which could lead to dissent. Plus, there’s still the decision to be made over Julián’s punishment. If Lobos are too lenient it would set a bad precedence, if they’re too strict they risk upsetting a player who’s scored three Liga MX goals this season.

The author would like to thank Sofascore for their statistics, which have been used in this article.