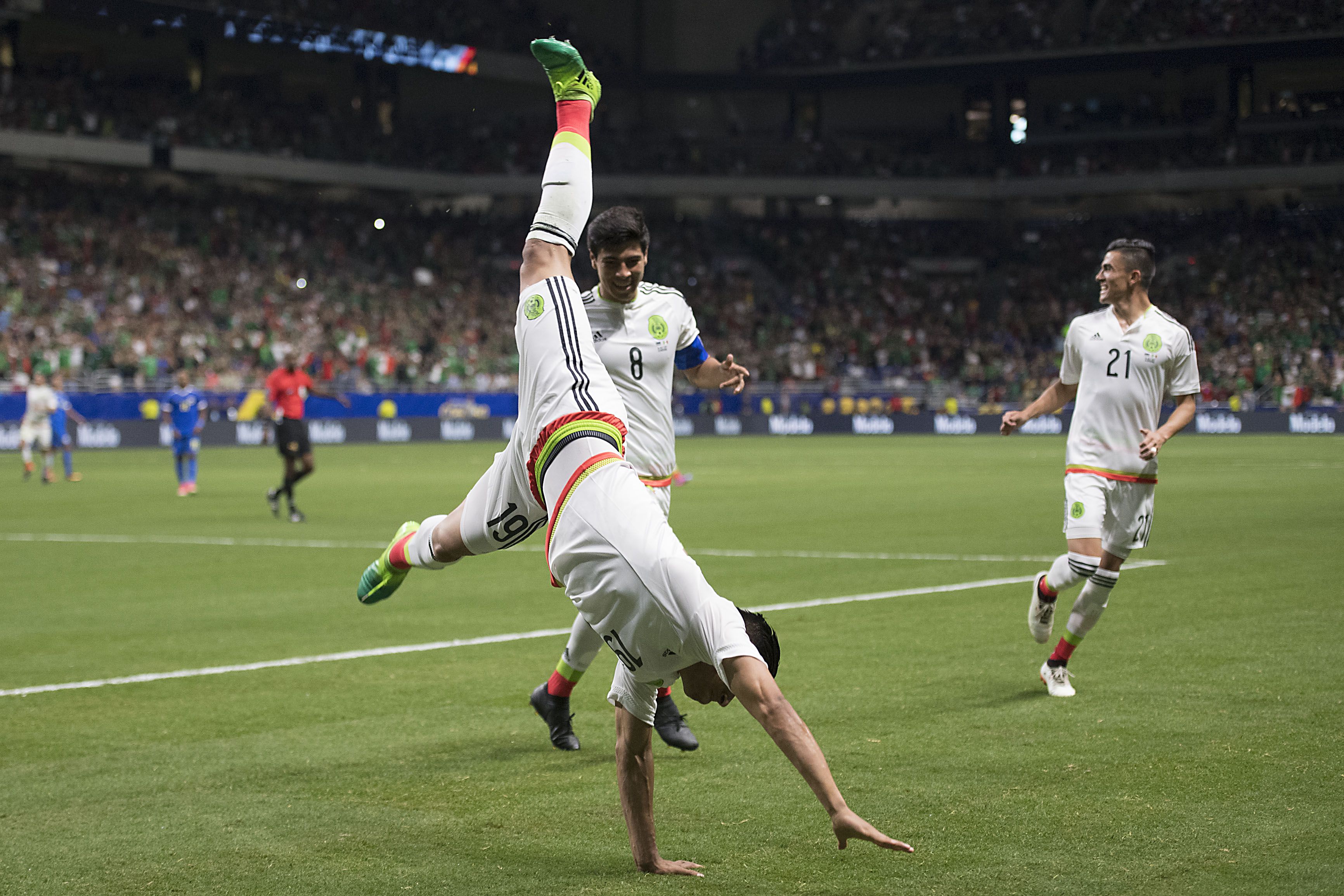 Sunday’s Copa Oro semifinal in Pasadena, California is a rematch of familiar foes, not just from the 2015 Copa Oro final, but from the group phase of this year’s Gold Cup.

And so, El Tri has an opportunity to do something for the first time against this selection of Reggae Boys–be much more malicious as a collective in the attack, and less innocent in defense.

But the failures of Mexico to be more malicious, especially with teams that they should have beaten easily, like Honduras and Curacao, have been more troubling.

And unlike the group match earlier in the tournament, a 0-0 draw after the 90 minutes are over would result in a penalty shootout to decide the winner. And so, an overinsistence on the overlap or not timing an incisive diagonal ball most effectively, could foreseeably see El Tri‘s Gold Cup dreams die.

The Reggae Boys can also get under the skin of the Mexico players, which could be a problem of frustration with how Jamaica takes away space for Mexico to generate chances on the attack and on the ball.

Jamaica manager Theodore Whitmore knows his team will fight, mark tightly, and attack collectively. The question is how quickly can players like Orbelin Pineda, Elias Hernandez, Erick Gutierrez, and Rodolfo Pizarro recognize the need to break Jamaica’s resolve and make that collective become more naive where it matters–on transitions, in the early stages of their buildup play, and on set pieces. And more importantly, how quickly can the side captained by ‘Guti’ use the Reggae Boys’ combativeness against them.

If Juan Carlos Osorio’s hints on how his side can turn Jamaica’s strengths against them, and force them to play a more technical game with more to think about in their defensive duties, then he will added another small piece of evidence in support of the vote of confidence the FMF gave him before the match.

There should be added motivation for Juan Carlos Osorio’s side to get to the final—another chance at a meaningful rivalry match against the United States with a trophy at stake. (The Stars and Stripes defeated Costa Rica by a 2-0 score in Saturday’s semifinal.)

The match kicks off at 9:00 PM Eastern DST (UTC -4) and can be seen on Fox Sports 1, Univision, and Univision Deportes Network.