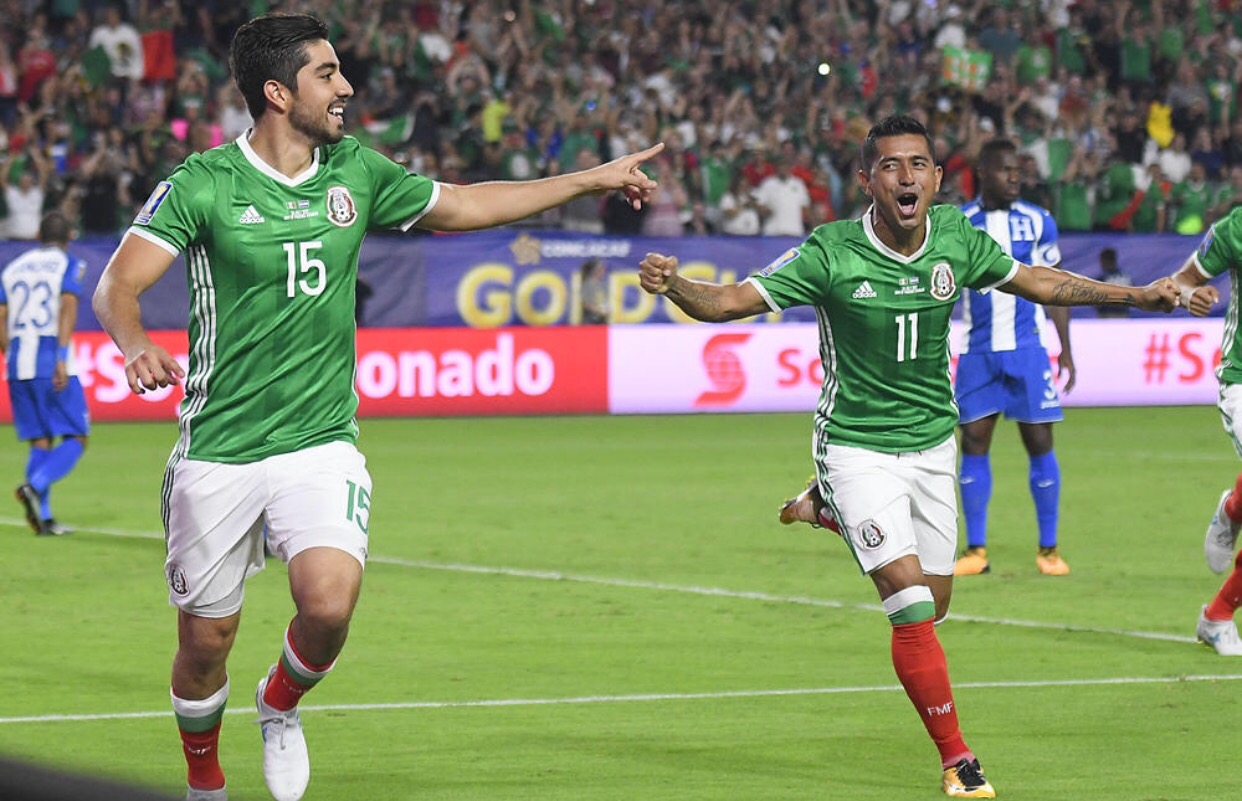 GLENDALE, Arizona. Mexico looked to their semifinal date against Honduras as a way to demonstrate their dominance and fire a warning shot to their competitors for the 2017 Gold Cup crown. In the end, a third minute goal from Rodolfo Pizarro was all Mexico needed to get past the Catrachos 1-0.

El Tri opened the first half looking to generate chances through the midfield. And three minutes  in, starting with a pass from down the center of the pitch outside the area by the eventual goal scorer, and working through Orbelin Pineda, Jesus Dueñas found Rodolfo Pizarro unmarked inside the six yard box to open the scoring. All Pizarro did was calmly tap Dueñas’s cross past Honduras goalkeeper Luis Lopez, and Mexico has the early lead.

El Tri continued to push for a second, and was able to generate a few chances on goal through central and wide overloads. However, the final finishing touches from Mexico’s strike corps, including Elias Hernandez, Orbelin Pineda, and Jesus Molina, could either only find the mitts of Luis Lopez or miss the goal completely. On another opportunity, Angel Sepulveda played Elias Hernandez unmarked on a ball over the top, but the Leon winger was ruled offside on the play which had developed nineteen minutes into the match.

In the second half, El Tri took a more defensive approach and allowed Honduras to attack at them, with most of the ball possession throughout the second half. Despite Luis Pompillo Paez’s commitment to having the team play catenaccio, the Catrachos forced Jesus Corona to keep Mexico’s slim advantage himself on several occasions. The first of such interventions took place in the 49th minute off a Honduras free kick attempt.

Then, Orbelin Pineda and Elias Hernandez returned to their role as protagonists in the match, generating a couple chances off the counter. Those chances allowed Mexico to avert a barrage of Honduras chances for most of the second half. But starting in the 77th minute, Jesus Corona, and the luck of bad technique, intervenes to help preserve the slim 1-0 advantage.

In the 77th minute, Jesus Corona punched away what would have been a gol olímpico off the corner kick delivery by Sergio Peña. Eleven minutes later, Peña came close to scoring again, but he could not put his header on frame.

But it was in the second minute of second half stoppage time that El Tri‘s defense had to thank their luck the most, when Alfredo Mejía bombarded in on goal unmarked off a layoff outside the penalty area. But Mejia’s shot only missed the crossbar by centimeters.

And ultimately, it was enough for El Tri to secure their passage to the semifinals, where they will take on Jamaica at the Rose Bowl on Sunday, July 23. The Reggae Boys defeated Canada 2-1 earlier on Thursday, July 20.