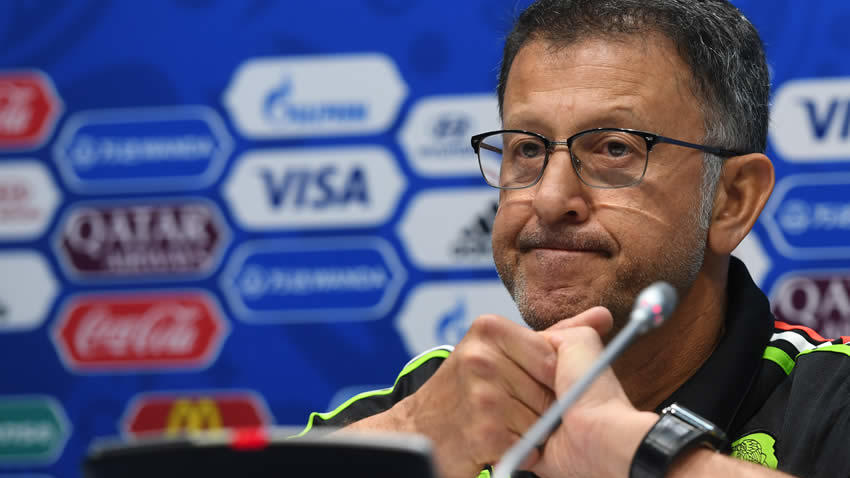 For the first time in the 2005, El Tri has found itself in the knockout phase of the FIFA Confederations Cup and will have two more games to play. The question is which games will they be—a semifinal and then the final against Chile and an opportunity at a second FIFA Confederations Cup crown, or will it be a semifinal and the third place game against Portugal. [Spoiler. If you missed the semifinal between Portugal and Chile, you can watch the highlights HERE.]

But the one that El Tri knows they have is a duel against the 2014 World Cup champions in Germany. It would be easy for many players and teams to get intimidated by the history of their opponents, particularly under manager Joachim Loew.

But it has also been very much a rotational side that could play well into the midfield, but often lacked the required malandragem and technique to finish their chances.

For all the talk of rotaciones with Mexico, many would argue the Die Mannschaft side Loew brought was genuinely a rotational side, or a “B” team, with at least nine regulars not even traveling to Russia. But that is the danger in not recognizing the depth of Die Mannschaft, and that the side is still full of good first-team regulars not only in Germany, but at PSG, Ajax, Barcelona, Arsenal FC, Roma and Liverpool, environments where the players are obliged to be effective toward results at all costs.

But Shkodran Mustafi and Joachim Loew seemed particularly worried about how to stop Mexico, and praised El Tri‘s collective approach.

“Mexico are a team who don’t have that superstar, they are a team who plays good together with a lot of experience,” Mustafi explained to Goal (via Squawka). “You must be sure that they will play as a team and be aggressive because of that – because they don’t have a superstar. They play for each other and I think that makes them so strong.”

It was a theme that Javier ‘Chicharito’ Hernandez, Mexico’s all-time leading international goal scorer, addressed. And it is a theme that El Tri will have to address on defense and in the midfield with not only captain Andres Guardado being suspended, but Diego Reyes being in doubt for the match, and Carlos Salcedo already is out for the tournament.

Those holes are easy holes for Osorio to fix, as Rafael Marquez, the national team captain before Guardado, Oswaldo Alanis, despite his innocence in particular situations, and Javier Aquino could all

“I’m not bothered what position I play, [but] no one wants to be on the bench,” the Bayer Leverkeusen striker noted. “I’ve played on the left wing in two games and as center-forward … We are a great national team that can go toe-to-toe with anyone. It’ll be a very [good] game.” However, on the pitch, Chicharito’s own injury problems may keep him reduced to a role off the bench.

The collective mentality was what Juan Carlos Osorio noted about Die Mannschaft in their press conference. The relative experience with first-team football despite the youth of the players with this particular Mannschaft were noteworthy, as well as one other quality that Osorio particularly admired about the team.

“We are taking on a nation that could be the example to follow for those of us that believe in processes,” the tecnico explained, “We all profoundly admire the world champion. …. We have the chance to play against Germany and represent Mexican football, CONCACAF and a country that wants to emulate and learn from the great countries like Germany in a dignified way.”

But still, as Chicharito explained, it is still Die Mannschaft with the mystique and obligation of their past achievements and history. And they are an opponent Mexico have not played all that often. Although Mexico have faced Die Mannschaft (including West Germany’s history), the two teams have not faced each other since 2005.  That occasion, also in the Confederations Cup, resulted in a 3-3 draw, a result that would not be possible.  And Mexico has only ever beaten Germany once–in the City Tournament against then-West Germany.

And for both teams’ work, a place in Sunday’s final against Chile at the Krestovsky Stadium in St. Petersburg, who got past Portugal in penalties, is at stake. The loser would face A Selecao at Otkrytiye Arena in Moscow the same day for third place.

The semifinal kicks off from the Fisht Olympic Stadium in Sochi at 2:00 PM Eastern DST (1:00 PM Mexico City DST, 11:00 AM Pacific DST) and can be seen on Telemundo and Fox Sports 1.