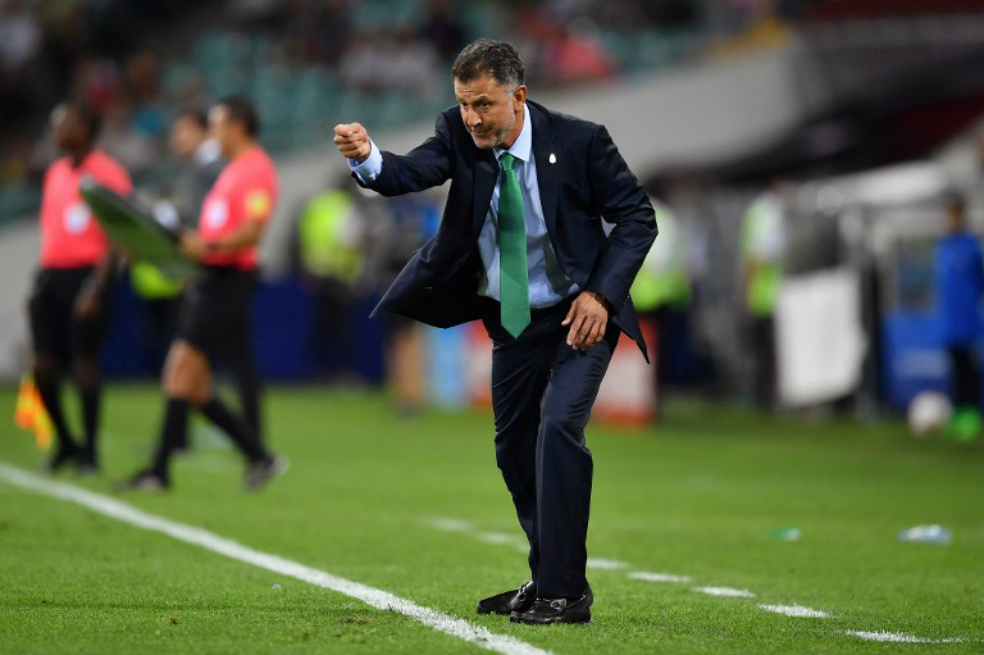 Mexico has qualified for the knockout stage of the 2017 FIFA Confederations Cup after a come from behind win over Russia.  The 2-1 win over the hosts was Mexico’s 4th straight match where they either drew or won after giving up the first goal.  The win also ensures that Mexico is guaranteed to play 2 more matches in the tournament.

So why was everyone so angry?

A quick scan of the social media, punditry, and other commentary, and one would have thought that Mexico had lost.  Mexico did win – we all saw it, but they were guilty of the most heinous of Mexican soccer delinquencies:  ganaron, pero no convencieron.

I am not sure if anyone is actually surprised by the reactions.  Mexico Coach Juan Carlos Osorio has been targeted by the press since his introductory press conference.  Some folks in the press who have taken anti-Osorio positions would rather be proven right than talk about the team’s victories.  Those in the pro-Osorio camp point to his record.  Needless to say, he is easily the most polarizing Mexico coach since one Ricardo Lavolpe.  If Mexico wins, it is because of Osorios rotaciones.  If they lose, it’s because of, you got it, those famous rotaciones.  Damned if you do, damned if you don’t.

Like it or not, Osorio has gotten some decent results.  Yet, the 7-0 still dominates the narrative.  In the Osorio era, Mexico has gotten wins in Canada, Honduras, and the US.   Yeah but this is the weakest CONCACAF in years. Weaker sides have given Mexico more trouble away.

Mexico also defeated the host-nation for only the second time in their history at an official FIFA event.  The only other was a 5-0 win vs Saudi Arabia at the 1997 Confederations Cup.  In 7 other contests vs the home side, Mexico never got the full points. Yeah but Mother Russia is not as strong as she has been before. Russia played their best game of the tournament, and it was still not enough.  It is interesting that Osorio detractors are very quick to dismiss history, but even quicker to point to it when it suits their arguments.

Has Mexico played well in the Confed Cup?  At times, yes.  And they have also looked not so good.  But can’t we say that about Mexico at any tournament?  Osorio himself has made some questionable decisions as well as some that worked out well.  He is not a world beater, nor was he the inspiration for Dumb & Dumber.

After the loss to Chile last year, Osorio has passed every test since, and has earned back a good chunk of the political capital he lost after la boda roja.  Win or lose against Germany, he will be making a return trip to Russia next year.  He is not the messiah, or the devil; he is just a coach.  And like any coach in any sport, he will get none of the credit when the team wins, but take all the blame when the team loses.  A win against Germany won’t do him any favors either.  The narrative will be either How could you lose to Germany’s B team if they lose or it was only Germany’s B team – no big deal if they win

Sometimes I wonder which one folks will be rooting for.

Tactics with Tom: Why Delaying Counter-Attacks is so Important to Mexico
Mexico vs Germany 2017 Confederations Cup Semifinal Preview: Can El Tri fire the warning shot heard around the world?
To Top