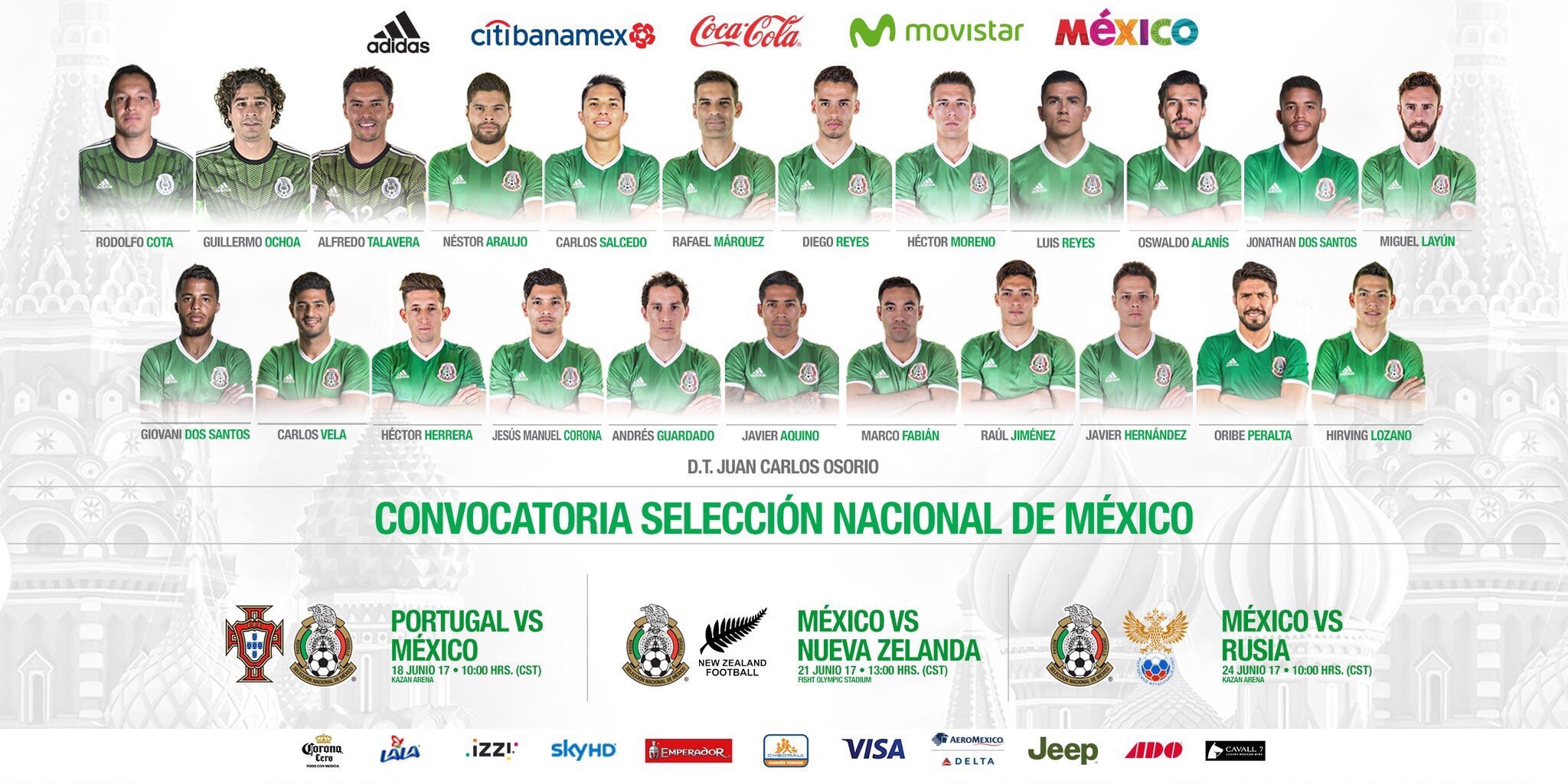 While some had thought that Juan Carlos Osorio would wait until after the World Cup qualifiers against Honduras and the United States to name a final 23-man squad for the Confederations Cup, the Mexican Football Federaiton (FMF) officially released the 23-man squad that would head to the FIFA Confederations Cup.

While it was expected that the established Europeos and Giovani Dos Santos were going to make the roster, Hirving Lozano was among the Mexico-based contingent to survive the cuts.