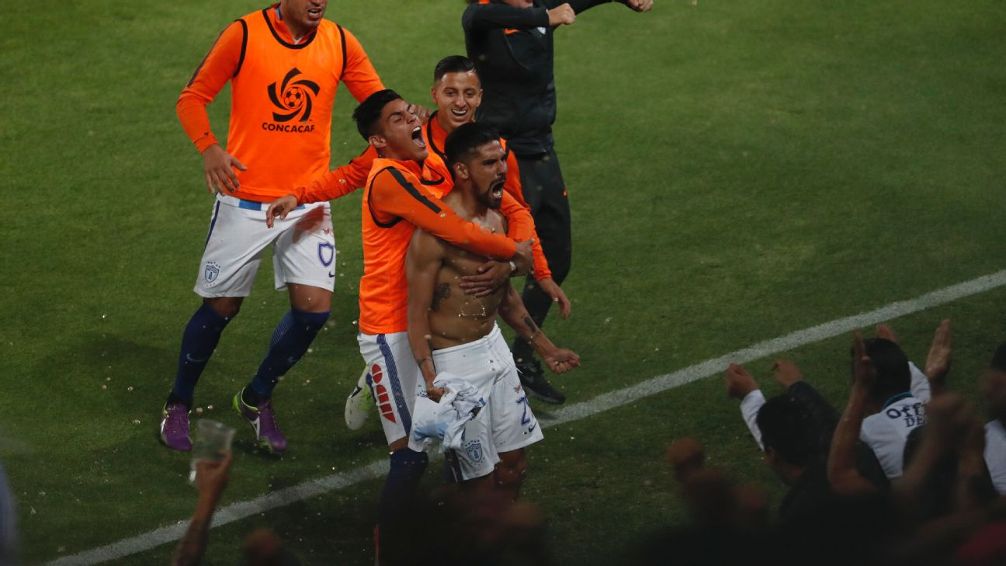 Being down on away goals forced Tigres to try to take the initiative in the early goings of the match. And in the early phases, Tigres took much of the ball. But Los Tuzos allowed few clear chances within the penalty area, and when los felinos breached it, either goalkeeper Alfonso Blanco caught them or the chances missed. Until the second half, Tigres’ best chance came on a shot from Andre-Pierre Gignac just outside the center circle that caught the Pachuca netminder off his line.

But for a lot of Tigres’ work, Pachuca were able to make more dangerous chances, and forced several Tigres players into the referees’ book early. In the 74th minute, Guido Pizarro, already booked, was sent off by referee Cesar Arturo Ramos on a second yellow for a second hard foul of the day on Hirving Lozano.

With a man disadvantage, the task Los Felinos faced in their possession-based approach became that much harder. Eight minutes after Pizarro was sent off, Pachuca got their goal, when Franco Jara finished off the rebound from Jonathan Urretaviscaya’s curling shot from outside the penalty area. Nahuel Guzman spilled the rebound directly into the path of the on-rushing Jara who slotted the rebound into the far, bottom corner to open the scoring.

In the last minute of second half stoppage time, Tigres UANL thought they had an equalizer late on when Andre-Pierre Gignac got behind the Pachuca back line to finish off a diagonal ball over the top. But the France international was offside when the pass was played, and his goal was washed away.

When the final whistle blew, Pachuca secured their fifth CONCACAF Champions League and their fourth trip to the FIFA Club World Cup.

After the match, Erick Gutierrez talked to Fox Sports about his struggles considering the high of the victory for him and the disappointment of having his family there to see him. “I have to give my family thanks,” he explained, “They supported me here when I had no money and sent me enough to eat. I love them.”

For the second year in a row, and after upwards of $56M of spending, Tigres UANL could only be the CONCACAF subcampeon. It is a result that should get Tigres’ directors asking about how and why the club’s spending has not turned into a continental legacy.