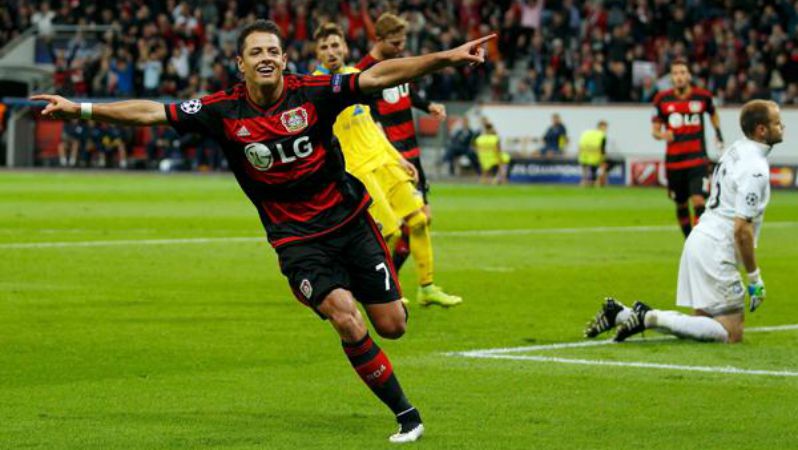 There might be another Mexican moving to the MLS. According to a report from ESPNFC, Javier ‘Chicharito’ Hernandez has been communicating with Major League Soccer about a possible move in 2018, the year his contract with Bayer Leverkusen is set to expire. This would allow MLS to transfer the Mexican striker out of the German club without having to pay the transfer fee.

The circumstances surrounding a move to the MLS come at the right time, considering ‘Chicharito’ just recently went through a scoring drought towards the end of 2016 that has slowly been picking back up now in the early months of 2017. Given ‘Chicharito’s’ current streak, the competition to secure the striker on a team in the MLS could come at a inflated price that Bayer Leverkusen would potentially want to cash in on.

‘Chicharito’s’ possible connection to the MLS has been going on for quite some time. There were reports back in 2015 that Chicago Fire and Orlando City were both interested. Then, when LAFC (Los Angeles Football Club) announced its inclusion in the MLS, there was speculation one of their potential first buys would be ‘Chicharito’ as well. Likewise, LA Galaxy, the current home to fellow Mexican teammate Gio Dos Santos have also had an eye on him.

Javier ‘Chicharito’ Hernandez has spent a majority of his life playing in Europe. Starting with Chivas in 2006 then moving to Manchester United in 2011, the Mexican striker made a name for himself in Europe from the start. In his first season he scored 20 goals in 45 matches but the fire soon dwindled at United and lead him to loaned to Real Madrid in 2015. Despite having a few good matches in Spain, the same amount of playing time and scoring power wasn’t there and he eventually found himself in Germany playing for Bayer Leverkusen.

He found his footing again when he was transferred to Leverkusen, currently having 12 goals in 28 matches.

He has planted his flag in Europe. He performs well with El Tri. A potential move to the MLS? His history would suggest possible success there as well.