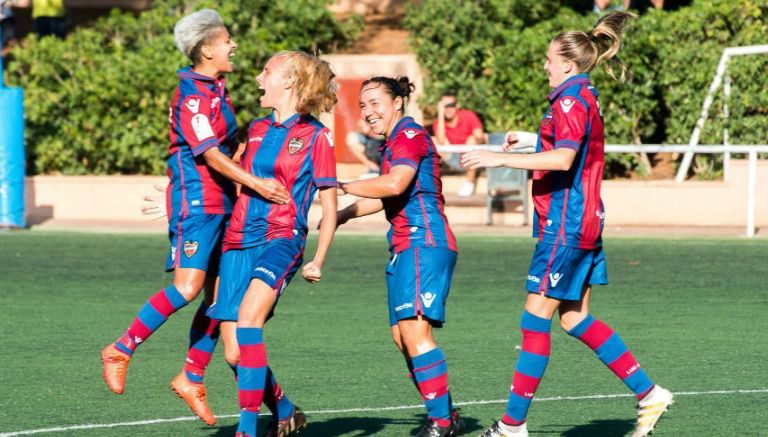 Mexican striker Charlyn Corral scored a hat trick Sunday during Levante’s 5-3 victory over Fundacion Albecete in Spain’s Women’s League, Liga Iberdrola. Corral made her presence known by scoring her three goals in the 21st, 43rd and 63rd minute of play.

Corral now has 37 goals in 50 matches this season.

This latest hat trick also keeps Corral at number 5 of the Top 5 Leading Scorers in the Liga Iberdrola season with 14 goals.

Charlyn Corral spoke to FutMexNation about her latest hat trick. Here what she had to say:

Translation: Personally, scoring a hat trick means a lot to me because it helped me help the team secure the win that will help us continue this positive winning streak. As a striker, it’s always a good thing when you score goals and when you’re able to score three, it’s even better so it was something really important to me. It helps me gain confidence and it makes me want to work harder for the games to come.”

Levante is now in fourth place with 42 points. Their next match will be against Sporting De Huelva on March 17th.