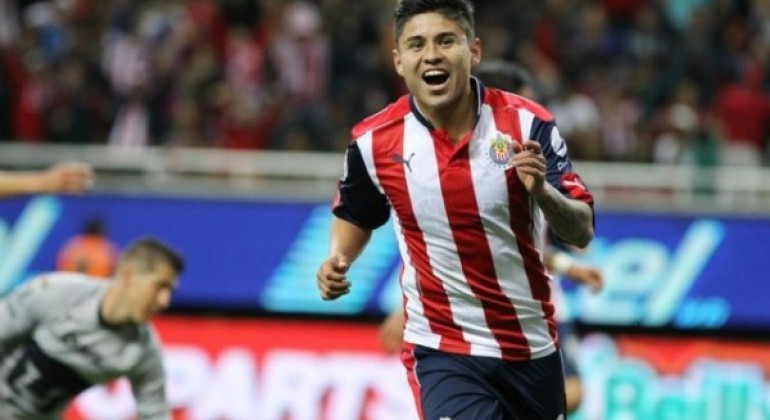 After a very short winter break, Liga MX returned this weekend, and quickly reminded us of what we’ve been missing. With 22 goals in 8 games, and plenty of golazos, jornada uno was an entertaining one. Alongside the return of regular Liga MX action is the return of Tom Harrison‘s weekend review; which includes the results, the headlines, his analysis and golazo of the week.

Chivas have enjoyed playing Pumas at home in recent years, and this trend continued on Saturday night. The Guadalajara side won by two goals to one, but the scoreline could have easily ended in the favour of Pumas, who attempted 24 shots on Rodolfo Cota’s goal.

After a flying start from the visitors, in which new signing Nicolás Castillo threatened on three occasions, Chivas scored twice in 11 minutes. A slip from Alejandro “Pikolin” Palacios gave Javier “Chofis” López a simple finish, before Alan Pulido slid in to turn home a low Ángel Zaldívar cross.

Left-back Alan Mendoza, who was making his first Liga MX start for Pumas, got the Mexico City side back into the gave in the 56th minute with a low drive from outside the box, and Francisco “Paco” Palencia’s men pushed for an equaliser. Chances were created, the woodwork was struck twice, and a goal was ruled out for offside, but Chivas were able to hold on for a winning start to the Clausura.

Toluca kick-start their centenario with big win over Atlas

When Paulo Da Silva headed into his own net in the first minute, it looked like Toluca’s centenario was going to start poorly. But things quickly turned around, and after Fernando Uribe’s equaliser, Los Diablos Rojos were gifted a man advantage following Luis Robles’ thoughtless challenge.

Hernán Cristante’s team played some highly attractive football in the second-half and found a way past Oscár Ustari on three occasions. Erbín Trejo, a consistent performer since Cristante took over, got two of the goals, with the outstanding Pablo “Pitu” Barrientos grabbing the other.

Toluca may have had an extra player for the majority, but the big win, and overall performance, have increased hopes of a successful centenario.

Chucky Lozano puts himself in the shop window after hat-trick

In an exciting jornada, Pachuca’s win at León was perhaps the most entertaining match. León twice led during the first-half, but Hirving “Chucky” Lozano’s hat-trick gave Pachuca the three points. A sensational performance, it must have turned the heads of European scouts.

The first goal, a powerful effort that flew past William Yarbrough, was Lozano’s best goal, but it was his other two goals which probably impressed scouts most. Assisted by superb Erick Gutiérrez through balls on both occasions, the two goals displayed Chucky’s off the ball movement, probably the most underrated aspect of his game, as well as his pace and clinical finishing.

Lozano’s hat-trick will help ramp up interest in him, and with a few more weeks until the January window shuts, don’t be surprised to see bids submitted for the Pachuca winger.

Paco Jémez, the latest coach to increase the pressing demands of his side

With a one-nil win over Necaxa, in which the away side weren’t able to manage one shot on target, Paco Jémez got off to a great start as Cruz Azul manager. La Máquina weren’t too creative going forward, and had just two shots on target, but were fantastic when they didn’t have the ball.

Well organised in terms of shape, Cruz Azul’s pressing game stifled Necaxa from start to finish. Clearly well-drilled from training sessions with Jémez; Cruz Azul pressed as a unit, consistently created overloads to give themselves numerical superiority and blocked off Necaxa’s passing lanes. As a result, Necaxa found it difficult to find time and space, and move up the field.

After the likes of Javier Torrente and Matías Almeyda, Jémez is the latest Liga MX coach to place more emphasis on his players pressing the opposition when they don’t have possession. It will now be fascinating to see if this style of play can be reproduced in the long-term, or if the heat and altitude of Mexico will make high pressing too draining. We could be witnessing a change in the style of Liga MX.

Jemez is another manager to get his side pressing more than the average. Are we witnessing a change in style or is it too draining in Mex?

Is Dayro Moreno on his way out of Tijuana?

With no news of an injury, it was a surprise to see that Dayro Moreno wasn’t part of Tijuana’s 18-man squad for their game at Morelia. Following his surprise omission, rumours of Dayro exiting Tijuana have been circulating, with his native Colombia the most likely destination.

On Saturday we were given an idea of how Tijuana will look with Moreno, and Gabriel Hauche, who joined Toluca during the draft. It doesn’t look positive for Miguel “Piojo” Herrera’s side. Replacements Víctor Malcorra and Paul Arriola don’t appear to be on the same level as Dayro and Hauche. Malcorra and Arriola, plus Avilés Hurtado, also weren’t able to fluidly interchange positions like the previous trio regularly did. This reduces Los Xolos’s ability to cause problems for opposing defences.