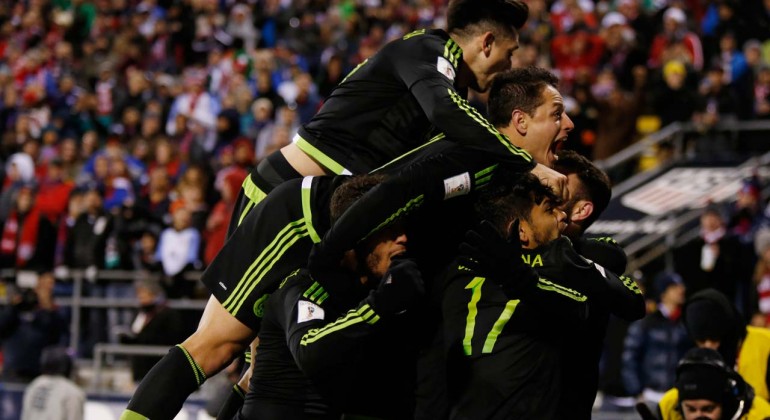 2016 has been a tough year for many, but as ever, football has provided great solace. There were a few low Mexican fútbol moments in 2016, but in general both club sides and the national team provided us with plenty of entertainment. Join me as I re-live my top 10 moments from Mexican fútbol in 2016. Note that I’ve been very liberal with the term “moment”.

As it was during a meaningless jornada 17 game at the end of the Clausura, this moment went under the radar. For me, it was the funniest moment in Mexican fútbol in 2016. Words cannot do it justice, so skip to 1:20 on the video below, and get the crying face emoji ready…

From the ridiculous to the, well, ridiculous, but for different reasons. This is my Liga MX golazo of the year. An incredible, rapid, flowing counter-attack, which is finished off by a stunning volley by Isijara. Definitely worth another watch.

Monterrey had a man advantage and had been the better side. “Conejo” Pérez defied his age with a string of sublime saves to keep Pachuca in the game, and somehow they went up the other end and found a winner. Just 17 seconds were left on the clock were Guzmán beat Edgar Castillo to a cross, and won the Liga MX title for Los Tuzos. A dramatic finish.

Miky Arroyo has developed a reputation for producing moments of magic in big games, but he took this to a whole other level during América’s Clausura semi-final against Monterrey. Arroyo sensationally scored two direct free-kicks to keep Las Aguilas in the game, but it was Monterrey who moved onto the final, as Edwin Cardona put home a controversial penalty. Miky’s contribution to this game shouldn’t be forgotten though, so here’s those two free-kicks.

6: Clean sweep over the MLS

Ok, I really shouldn’t call this a moment, but I’m going to anyway. Querétaro, América, Tigres and Santos Laguna did their country proud as Liga MX won all 4 CONCACAF Champions League quarter-finals against MLS sides. Most impressive was Santos’ victory against LA Galaxy. Star-studded Galaxy needed just a score draw in Torreón to go through, but left with their tails between their legs after a 4-0 drubbing.

Despite struggling in the Autumn, Javier Hernández enjoyed a good year with Bayer Leverkusen. The highlight of his year was the perfect hat-trick, left-foot, right-foot, and head, against Mainz. To top it off, Chicharito’s hat-trick goal was a 92nd minute winner.

Mexico trailed for a long-time during their Copa América game against Venezuela, until Tecatito Corona produced a goal out of nothing. An incredible dribbling run, with a clinical finish at the end. Stunning!

A truly great final. After a less-than-enthralling first-leg, and disappointing start to the second-leg, Tigres v América went bonkers. A few strikes off the woodwork towards the end of normal time were followed by a second yellow for Jorge Torres Nilo. With the extra man, América took advantage, and took the lead through Edson Álvarez. 4 reds in quick succession followed, 3 of which came from an unsavoury brawl, resulting in a 9v9 match. Tigres pressed, and Jesús Duenas equalised with a minute left, before Nahuel Guzmán made 3 penalty saves to win the title. Madness.

I’m still lost for words by this game. Cruz Azul got off to an incredible start, and led 3-0 by the 26th minute. Fans were calling for Nacho Ambríz’s head at half-time, but his side responded. Aldo Leao’s sending off gave América a route back into the game, and Pablo Aguilar’s 90th minute header completed a remarkable comeback. There was time for one more incredible twist though, as Silvio Romero volleyed in a 92nd minute winner.

The perfect way to end years of dos a cero hurt. A tight US Mexico game in Columbus was decided by none other than Mexico legend Rafa Márquez, whose near-post, flicked header found the back of the net in the 89th minute. Undoubtedly the highlight of the year for El Tri.