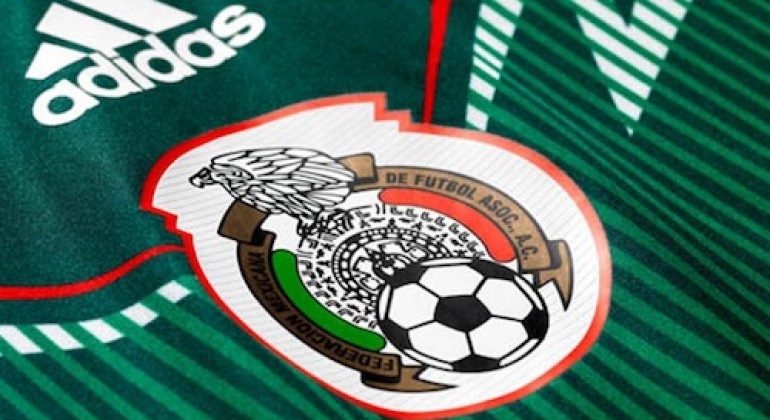 Mexico are one of the busiest national teams, having played 34 games since the beginning of 2015. Mexico’s packed schedule, combined with all too regular managerial changes and current coach Juan Carlos Osorio’s surprise, and at times bizarre, call-ups, means a large number of current Mexican players have received international caps. This begs a question, who are the best current Mexican players that haven’t represented El Tri? That’s why I decided to put to together my uncapped Mexico Xl.

Pikolin was part of the Mexico squad for their friendly against Senegal this February, but didn’t come off the bench to make his debut. Much maligned due to a history of errors and questionable positioning, the Pumas keeper has reached his peak and has been one of the best keepers in Liga MX in recent seasons, particularly impressing with a number of penalty saves. With Mexico currently having a fairly strong crop of keepers, Pikolin has rightly found it difficult to get in the El Tri squad, but I think he has the quality to do a decent job in international football.

Comfortable in possession, able to support attacks and rather solid defensively, Manni Garcia is a consistent performer in Liga MX. After two successful seasons with Veracruz, Manni moved to Pachuca last winter as Los Tuzos overhauled their back-line, and he helped his new side to the Liga MX Clausura title. Mexico have a number of solid left-backs, but with Jorge Torres Nilo having a nightmare game against El Salvador there’s potentially a position in the Mexico squad up for grabs. Manni could take that spot.

Montes is potentially the future of Mexico’s defence. The centre-back broke through into the Monterrey first-team last season and has been there ever since. Comfortable in possession, capable of picking out key passes and making well-timed challenges, Montes was named in last Clausura’s Liga MX team of the season. It shouldn’t be too long before we see Montes making his international debut.

Partnering Montes in the uncapped Mexico Xl is another young player with a good chance of playing for El Tri in the future. Capable of playing at right-back as well as centre-back, Silva’s made 23 league starts for Toluca in both of the two previous seasons. Strong and tough tackling, if Silva can improve his reading of the game he could become a regular starter for Mexico in the future.

Another youngster who should receive a cap for Mexico in the future, José Abella has played in 108 Liga MX games for Santos Laguna despite being just 22 years of age. Abella, second cousin of Miguel Layún, needs to improve when going forward, but is fairly reliable defensive, something which is becoming rare as full-backs are demanded to provide so much in attack.

How Erick Gutiérrez hasn’t made an appearance for Mexico yet is beyond me. Guti has consistently been one of the best playmakers in Liga MX for the past two years, with his passing accuracy percentage over a tournament normally in the high-80’s. The 21-year-old has also impressed at youth level for Mexico, captaining the U-20 side to the 2015 CONCACAF championship, and scoring four goals during the Olympics. Hopefully it won’t be too long before Guti makes his senior debut, he deserves it.

Another midfielder that’s consistently been one of Liga MX’s best creators in recent seasons is David Cabrera. The Pumas product is fantastic at retaining ball possession and is adept at picking out killer through balls. Injury and the emergence of Javier Cortés as a central-midfielder led to Cabrera losing his place in the Pumas midfield, resulting in the 27-year-old moving to Morelia on loan this season, where he’s performed well so far. A Guti-Cabrera midfield may not be the most combative, but they’d be excellent at keeping possession, something which Mexico have struggled to do at times recently.

Monarcas Morelia winger/occasional attacking midfielder Jorge Zárate is perhaps Mexico’s most underrated player in my opinion. No one talks about him, but every time I see him I’m impressed. Like many wingers in Liga MX he has pace and trickery, but what makes Zárate stand out is his intelligence. Zárate has an eye for a pass and an ability to get into dangerous positions that many in Mexico don’t have. Unfortunately, last season, and so far this campaign, Zárate’s managers haven’t given the 24-year-old a long spell in the starting line-up. I hope Enrique Meza will start giving Zárate more opportunities, then people may finally start talking about his talents.

Dieter Villalpando is another player that’s struggled to gain faith from his managers, and has therefore spent too much time on the bench in recent seasons. There’s a history of attitude problems, but if someone can get the best out of Villalpando, they’ll have one of the best attacking midfielders in Mexico on their hands. Few Mexicans can pick out key passes like Villalpando, he was the assist leader in the 2014 Clausura, and it’s such a shame to see his huge, underrated, talents going to waste.

Dieter Villalpando’s career has unfortunately regressed after he left Pachuca

One of my favourite players to watch in Mexico, Flavio isn’t always the most effective or the most involved, but there aren’t many Mexicans that can produce the kind of skills or passes that Santos does. A regular during a two year spell with Puebla, the 29-year-old is now back with Atlas and has played six games this season with a Rojinegros side that look set to make a Liguilla push. A lack of work ethic has probably held Flavio’s career back, but his skill and intelligence deserves to be recognised. It very rarely is.

This uncapped Mexico Xl is full of players with superb vision in the midfield, so perhaps it would be best to play with a goal poacher up front. Instead, I’ve gone for another player with superb vision, as well as outstanding speed and close control. After years of injuries and disciplinary issues, Chofis is finally playing regularly and seems to be learning and developing each week. The hype around Chofis is huge, partly as he plays for Chivas, but the technical, mental and physical attributes appear to be there. With Chofis currently keeping Carlos “Gullit” Pena out of the Chivas side, a Mexico call-up can’t be too far away.

Villafana offers a lot going forward, and has a good start to his Liga MX career after joing Santos Laguna last winter, but can be suspect defensively. Manni Garcia appeared a more solid choice to me.

Toluca right-back/right-midfield is excellent when whipping in crosses from the right flank, but Abella offers more defensively, and is a more consistent Liga MX starter.

If a ball-winner in the midfield is needed, Luis Robles is a great option. Never one to grab the headlines, Robles has notched up 275 appearances in his Liga MX career during spells with Atlas, Chiapas and Puebla.

Winger Carlos Cisneros has become a regular in the Chivas side since Matías Almeyda took over. Normally operating from the left flank where he can cut inside and strike at goal, Cisneros is a rapid winger, capable of causing problems for opposition defences. However, he needs to improve his passing and movement off the ball.

If I wanted more of an out and out striker, Barragán is probably the best option. The Atlas forward isn’t a target man, but has good pace and works hard to pick up dangerous positions. Three goals so far this season shows Barragán is a real goal threat.

What do you think of my uncapped Mexico Xl? Did I miss anyone? Do any of these players deserve call-ups? Let me know by tweeting me @tomh_36.