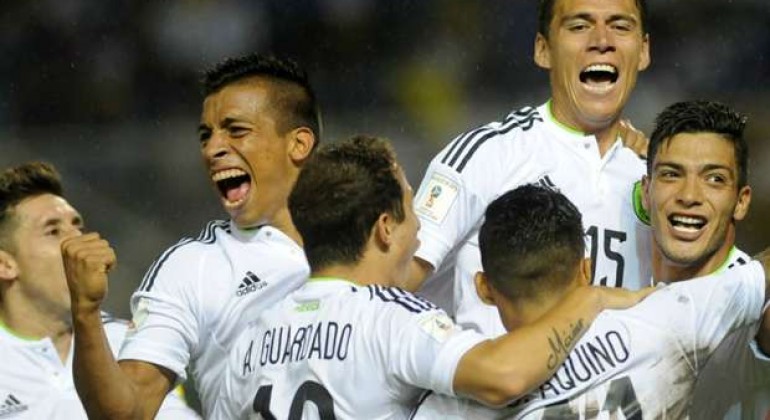 Mexico came from a goal behind at half-time to win three-one in El Salvador on Friday night. It wasn’t the most convincing result and performance, but it’s enough to keep Juan Carlos Osorio in his job for the time being. Here, Tom Harrison offers his tactical takes from the World Cup qualifier.

Mexico begin by pressing well, but struggled to keep the ball

Perhaps in the knowledge that their opponents would attempt to do the same, El Tri began the game pressing El Salvador high up the pitch. Even El Salvador keeper Daniel Arroyo was given very little time on the ball, forcing him to often kick long and concede possession. Mexico players were also backing up each other well when pressing, so if El Salvador were able to pass the ball into their midfield, there was still very little space and time.

Mexico impressed off the ball, but disappointed when they got possession. Far too often Mexico players were lacking short passing options when they looked up, and were forced to look for long balls to the front three. Inevitably, this led to possession quickly being conceded back to La Selecta.

Mexico were bad enough in possession before conceding a shock El Salvador opener, but got even worse afterwards. La Selecta, and their incredible home crowd, were pumped up after the goal, and Mexico couldn’t deal with the pressure and physicality from their opponents. Goals can, and do, change matches, and the confidence of players, but it’s still concerning how much Mexico were affected by going behind.

It’s easy to just point the finger at Jorge Torres Nilo for the goal, and it was a thoughtless handball, but it’s also important to note how much space El Salvador had on the counter. Hugo Ayala was caught out of position when Mexico transitioned from attack to defence, leading to Miguel Layún having to shuffle across into the centre, which created space on the El Salvador left-wing.

Mexico looked better after the break, but it was the goal from Héctor Moreno which really turned the game around for El Tri, as he turned home Andrés Guardado’s free-kick.

Immediately after the goal Mexico looked significantly more confident, there were plenty of options for players in possession and attackers were getting into useful positions in-between and in-behind the El Salvador defence.

After looking lost at times in the first-half, Ángel Sepúlveda played the inside-forward role extremely well in the second-half, getting behind El Salvador twice with runs inside his opposing full-back. Unfortunately, he wasn’t able to finish these one-on-one chances, but he did score Mexico’s second goal with a far-post header.

Moreno’s goal was the key turning point in the game, but Mexico were also aided by El Salvador tiring as the match went on, meaning they couldn’t press as much as in the first-half, thus creating space for Mexico to play in.

Mexico must deal with rough play better in the “Hex”

Mexico go into nearly all of their World Cup qualifiers as the stronger side on paper, and opposing sides, particularly those from Central America, often respond by adopting a highly physical, and at times rough, style of play.

Dealing with kicks and hard challenges, both physically and mentally, is difficult, particularly for those based in Liga MX. Liga MX referees are notoriously intolerant to any high or flying tackles. Had a Liga MX referee been in charge of this match El Salvador would likely have received at least two red cards.

In international football, Mexico don’t get that level of protection from referees, and they evidently struggled to adapt to their tough tackling opponents. Javier Aquino, fouled on countless occasions, was particularly affected. The Tigres winger’s performance was sub-par and he picked up a yellow card after retaliating with a late challenge of his own.

With games against Panamá, Trinidad & Tobago, and probably Honduras to come in the 5th round of CONCACAF World Cup qualifying, Mexico will have to deal better with physical play if they’re to make qualifying for the 2018 World Cup more comfortable than it was for the previous World Cup.