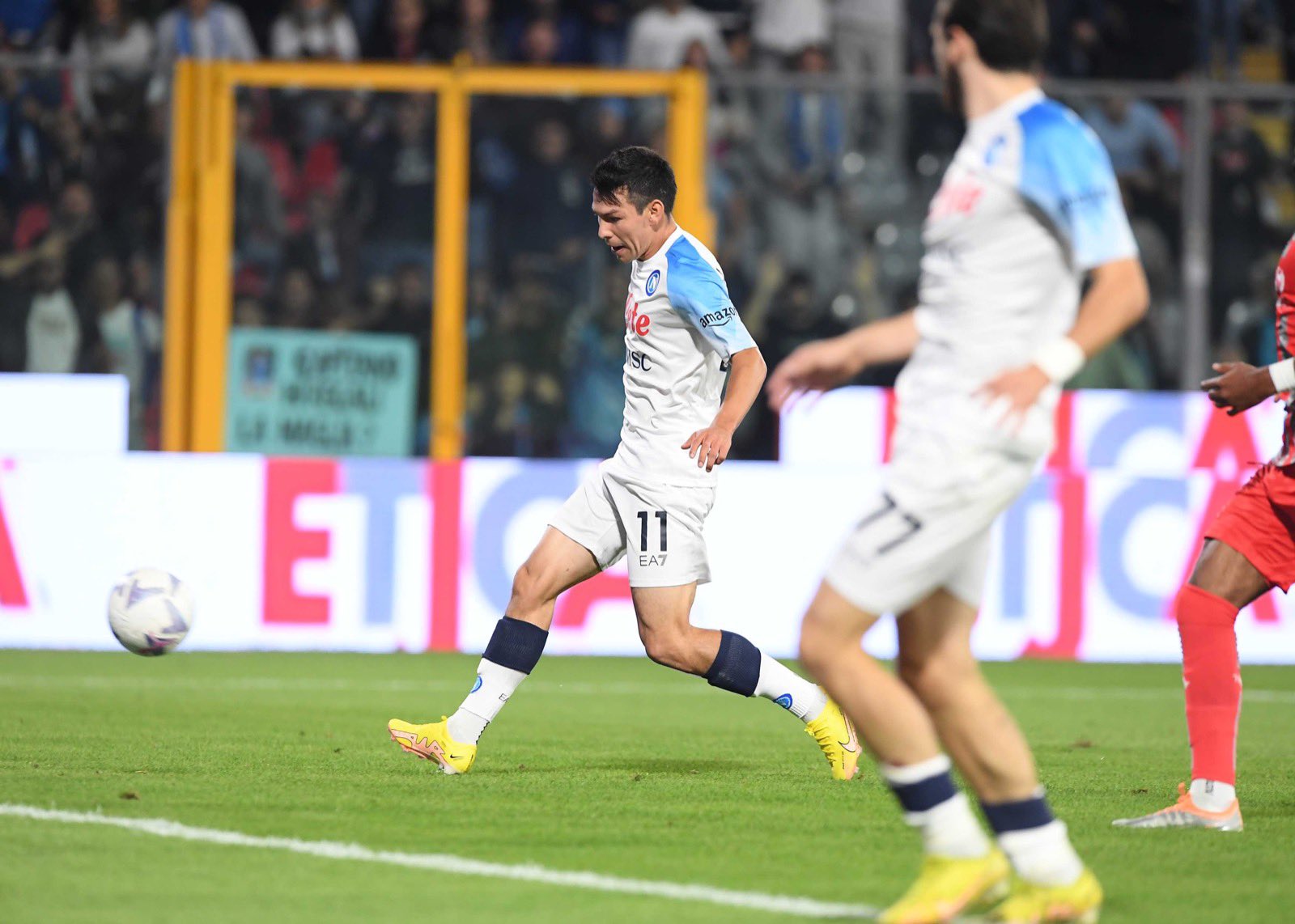 FutMexNation is here to bring you an update on our Azteca’s Abroad after a well rounded weekend of League play.

After having a slow start with Napoli and having difficulties producing for his club, Chucky Lozano has slowly begun to regain his form and confidence that brought him to the Italian side. Napoli would pay a visit to Cremona where they would face off a lowly U.S Cremonese side. Chucky started the game off watching his team from the bench but he would see some action in the second half as he entered the game in the 73rd minute for Matteo Politano. He had an effective match as he scored a goal, had two shots on target, had another shot go off target, and had four precise pases along with a 66% passing accuracy. With this win Napoli continues to be at the top of Serie A with 23 points, two points clear of second place Atalanta. Napoli will now shift their focus once again to European Football as they will welcome Ajax for a Champions League matchup.

After a rough few weeks for Edson Alvarez and Ajax, they were finally able to return to winning ways as they dominated FC Volendam and defeated them 4-2. Edson would go on and play the full 90 minutes where he commanded the midfield. He would go on to win seven duels, had five clearances, had a shot blocked, had an interception, had two shots off target, and 68 precise passes along with a 88% passing accuracy. With this win Ajax currently find themselves in second place with 22 points, just one point shy of current leaders AZ Alkmaar. They will head off to Italy to take on Napoli for the UEFA Champions League.

U.S Cremonese 1 – 4 Napoli ( Johan Vasquez did not feature in the match and watched the game from the bench)

Heerenveen 0 – 1 PSV ( Erick ‘Guti’ Gutierrez played 48 minutes in his club’s hard fought victory. He had 30 precise passes along with a 73% passing accuracy, completed a long ball, won five duels, had a shot blocked, and had an interception. With this win PSV returns to victory after dropping their game last week. They now move into third place with 21 points.)

Feyenoord 2 – 0 Twente ( Santi Gimenez made his first start in the Eredivisie but would not go as he would have hoped. He would miss three clear opportunities to score. Apart from that he had two shots on target, won three duels, and had five precise passes along with a 83% passing accuracy. Slowly Santi is gaining the respect from the fans and he continues to be a huge threat up top for Feyenoord.)

Genk 2 – 1 Kortrijk ( Gerardo Arteaga played the full 90 minutes in his club’s tight victory. In those 90 minutes he had a shot on target, had a shot off target, won three duels, completed a dribble, had an interception, completed two long passes, missed a big opportunity, and had 38 precise passes along with a 80% passing accuracy.)

Aris 0 – 2 AEK Athens (Orbelin played 90 minutes in his team’s victory he would go on and have 14 precise passes along with a 82% passing accuracy. He also had two key passes, completed a cented, completed two long balls, won six duels, had three clearances and had two shots blocked.)

Braga 0 – 1 Chaves ( Diego Lainez played 45 minutes in his club’s loss. In those 45 minutes he had a key pass, completed a long ball, had two shots on target, completed two dribbles, won four duels, and had 23 precise passes along with a 92% passing accuracy. Braga currently sit in third place with 19 points.)

Chelsea 3 – 0 Wolves ( Raul Jimenez did not feature as he  continues to recover from his injury. Raul with permission from Wolves will continue his rehabilitation in Mexico and the hope is for him to be ready to go by November 16th.)

Sevilla 1 – 1 Athletic Club Bilbao ( Jesus ‘Tecatito’ Corona continues with his rehab and has progressed well. He no longer has a cast on his injured leg and uses a single crutch to help him move)