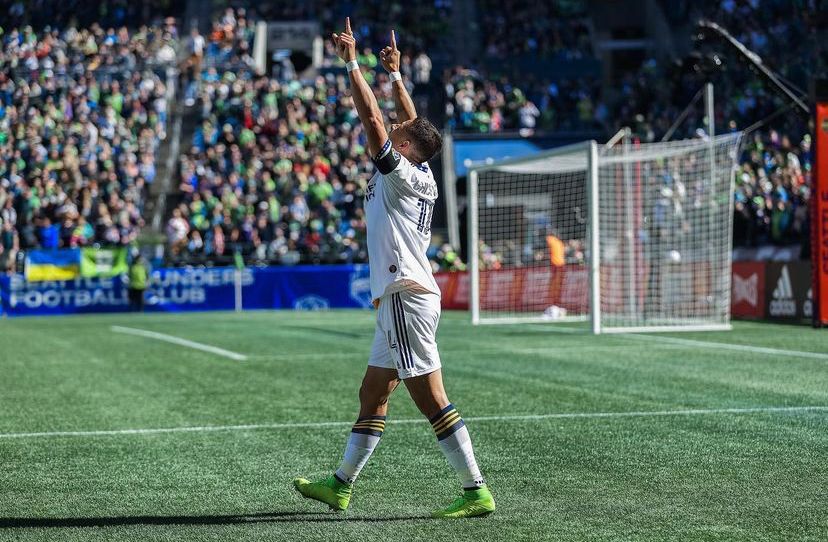 With a full slate of games in week 3, it was a familiar name who found his name on the scores sheet.

While the Galaxy lost 3-2 to the Seattle Sounders, Chicharito opened the scoring with a goal in the sixth minute. With the ball just outside the eight-yard box, Ryan Raveloson poked the ball towards the center of the box to a near Chicharito where he blasted the ball through the center netting. He played the full 90 and had one other shot on target.

Julian Araujo played the full 90 as well. But his lackluster made way for two of Seattle’s goals. The first came from a failure to mark key forward, Jordan Morris who found the ball at his feet in front of goal off a deflection. Then, later in the first half he gave up a penalty near the outside of the 18 yard box which gave Seattle a 2-1 lead.

Carlos Vela played 70 minutes in LAFC’s 2-0 win over Inter Miami. Maybe more important for LAFC fans than Vela scoring was Vela playing. Last week, he was subbed off at halftime for precautionary reasons according to Coach Steve Cherundolo.

Vela’s three goals from Week One are second for most goals in MLS after Week 3.

Next week, LAFC plays the Vancouver Whitecaps at home.

Next week, they play Minnesota United on the road.

David Ochoa misses another game due to injury

David Ochoa has yet to play this season due to injury. In his absence, Zac MacMath has started in goal for Real Salt Lake. MacMath has seven saves and allowed just two goals in three starts, including two clean sheets. There is no timetable on Ochoa’s return.

RSL are 2-1-0 this season and host Nashville next week.