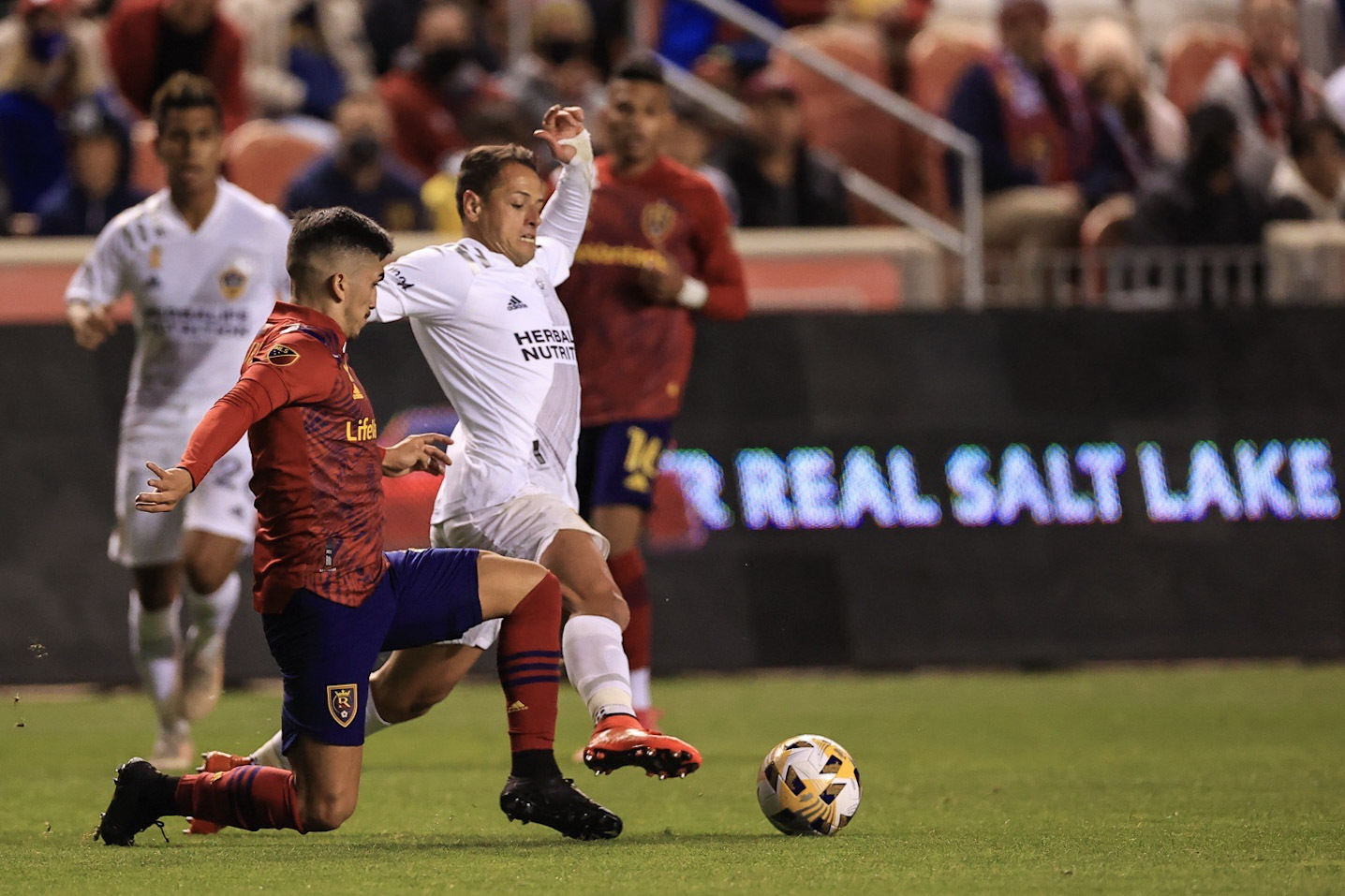 Several Mexican internationals started Wednesday in Week 28 of MLS action. While there were minimal results on the field, one star found his way back on the scorers sheet.

On the road in Salt Lake City, Chicharito, Efrain Alvarez and Jonathan Dos Santos all started for the Galaxy. Assisted by Alvarez, Chicharito scored the lone Galaxy goal in the 76th minute of a 2-1 loss. After receiving a pass near the middle of the 18-yard box from Alvarez, Chicharito took a few steps left with a defender on his back and struck a ball into the bottom right corner of the goal. It was his first goal in three matches and Alvarez’s third assist of the year. Dos Santos played the full 90 while Chicharito and Alvarez were subbed off in the 88th minute. The Galaxy lost their third straight game and have put themselves in a dangerous position of missing out on the playoffs, a less than ideal situation a promising talent and one of Tata’s consistent call-ups in the midfield.

Alan Pulido subbed on in the 78th minute as Sporting Kansas City beat FC Dallas 3-1. It was his first appearance in two weeks, after being sidelined with a knee injury, raising questions as to whether or not he’ll make an appearance in the upcoming qualifiers. SKC have gone 1-1 during his absence, losing at home 2-1 last Sunday to the Western Conference leading Seattle Sounders.

Pizarro’s Drought Goes On as Inter Miami Continues to Skid

Roldolfo Pizarro played the full 90 for Inter Miami in a 1-0 loss to Atlanta United. Since being named MLS Player of the Week for his brace against Toronto FC on August 21st, Pizarro is goalless in six games; making his case to continue getting international call-ups that much harder to support. Inter Miami has combined for one goal in the last three games and are on a three game losing streak.

In San Jose, the starting lineup featured Osvaldo Alanis, Eduardo ‘Chofis’ Lopez and Carlos Fierro. Alanis was subbed out at half and Fierro concluded his time in the 54th minute. Lopez was substituted in the 69th minute. The Quakes fell 3-1 to the Sounders, snapping a two-game winning streak.

Jurgen Damm and Erick ‘Cubo’ Torres were not a part of Atlanta United’s roster. Carlos Vela still has a hamstring injury, but hopes to return for Sunday’s game against rivals LA Galaxy. Vela has missed the last seven matches and LAFC is 3-3-1 in his absence.