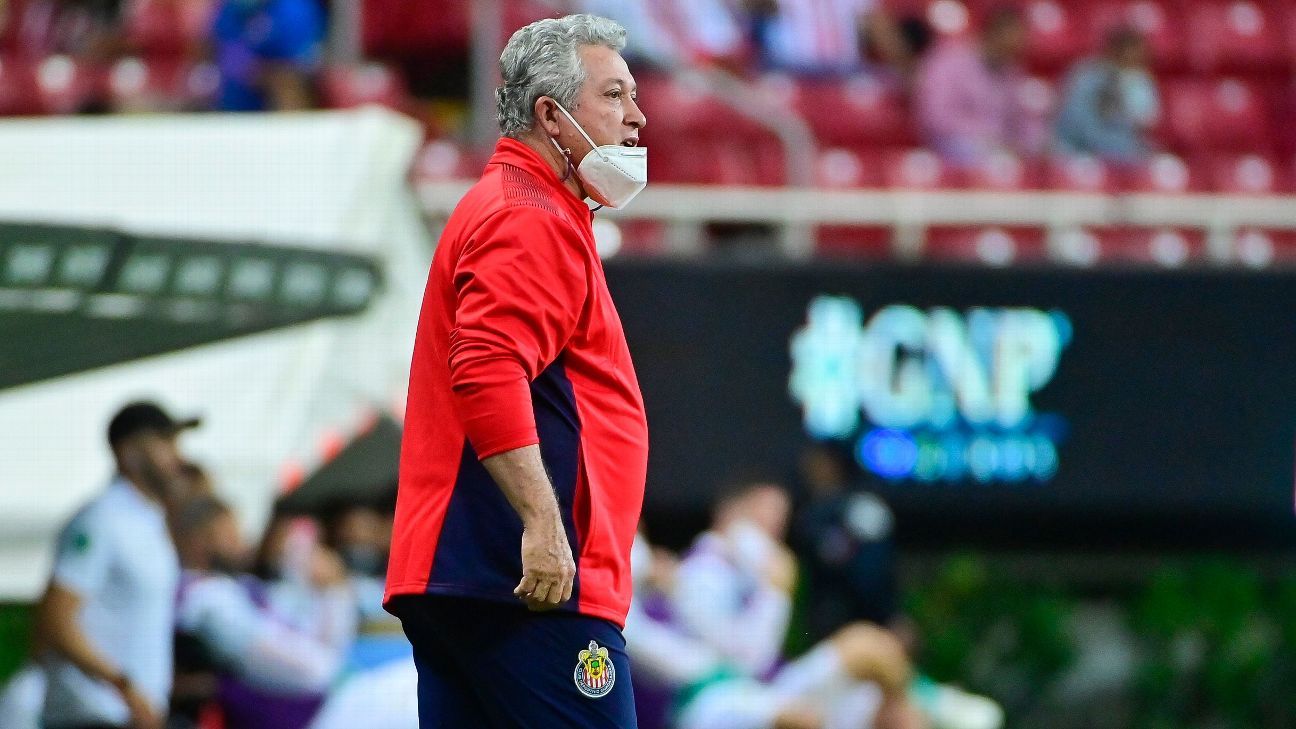 The first midweek round of the campaign left plenty of talking points. Here are three of the most important:

The heady days of late November seem a long way away right now for Víctor Manuel Vucetich. Back then, “El Rey Midas” was the king of Guadalajara after masterminding América’s demise in the Guard1anes 2020. However, El Rebaño Sagrado have stagnated since that memorable quarterfinal success, and the lack of progress has put the experienced head coach on the hot seat.

Only one win from their last seven games is not good enough for a club of Chivas’ stature, and a frustrated fan base reached its boiling point in the latter stages of Wednesday’s 3-0 loss to León. Chants of “Fuera Vuce” were audible at the Estadio Akron, and the question now is if ownership shares that sentiment.

Sporting Director Ricardo Peláez did not back his head coach in a video statement released by the club yesterday, and he could consider a change if Chivas suffer another heavy defeat this weekend when they travel to mighty Monterrey. Vucetich’s old club are flying high near the summit of the standings, and they could deal a fatal blow to their former flame.

Tigres Back on Track, but Tougher Tests Lie Ahead

After suffering a four-match winless skid, Tigres needed to take care of business at home to Querétaro. Miguel Herrera’s men did just that, with a 3-0 victory that will greatly improve the mood in San Nicolás de Los Garza.

Leo Fernández and Nicolás López were the stars of the show, with the two linking up beautifully for the opening goal before “Diente” got his brace early in the second half. Meanwhile, headline summer signing Florian Thauvin got his first Liga MX goal with a super strike to round out the scoring.

“Piojo” will be pleased to see his attacking arsenal come to life, especially considering that star striker André-Pierre Gignac will be sidelined for a few more weeks. However, the excitement generated from Tuesday’s triumph must be tempered.

Gallos Blancos have now gone 23 games without a win on the road, and they’ve been toothless in attack so far this season (one goal in five games). Three points are three points, but Felinos fans must keep things in perspective.

They’ve gotten more attention for their famous owners than anything else in recent months, but Necaxa’s on-field exploits are beginning to attract awareness as well. Los Rayos have now recorded two straight wins for the first time since last fall after Tuesday’s convincing conquest of Pumas, and they will be favored to make it three in a row when they host a beleaguered Bravos side this weekend.

That turnaround has been engineered by Guillermo Vázquez, who took the Aguascalientes-based outfit to back-to-back Liguillas in the Clausura 2019 and Apertura 2019. It is still too early to say if his second spell will be similarly successful, but the statistics show that his side should have more than just six points after five matches.

No team had a higher xG after three rounds than Los Rayos, who were left to lament wayward finishing in losses to Santos, América and Cruz Azul. If the ruthlessness shown since then can be repeated on a consistent basis, a playoff place is attainable.