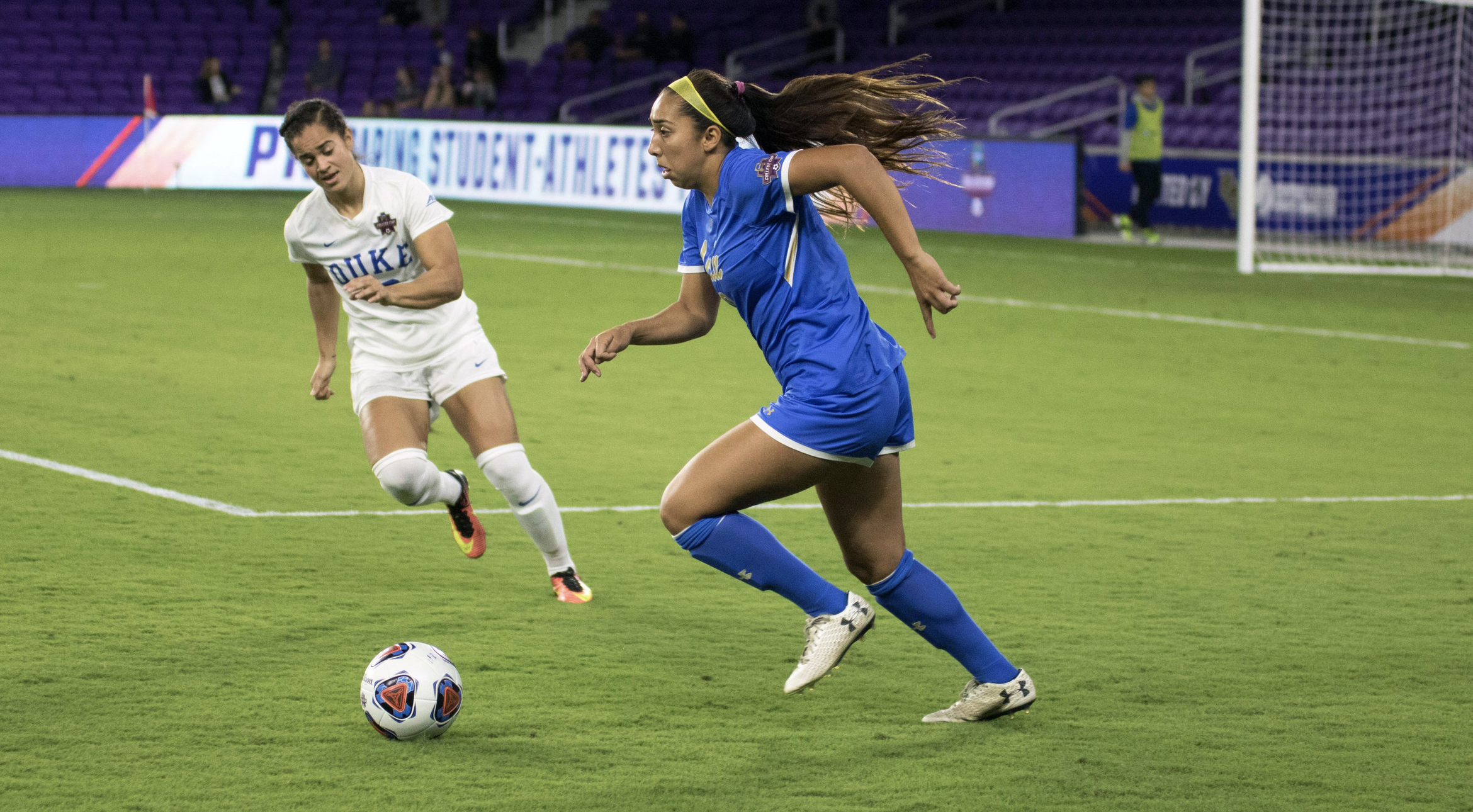 The second round of the NCAA Women’s Division I Soccer tournament came to an end, and five of the seven teams that made it into the tournament advanced to the second round. And while it may not be much consolation, USC losing on penalties and Arizona State losing on a golden goal are really unfortunate ways to end a season. For those that remain, next Saturday will be a critical day and we wish all of the teams the best of luck.

Karina Rodriguez played all 90 minutes and Maricarmen Reyes contributed a shot in her 16 minutes off of the bench as #3 UCLA beat Iowa 2-1. Isabel Loza was not on the gameday roster for the Bruins.

Alexa Gonzalez was not on the gameday roster as #14 Southern California drew #24 Ole Miss 2-2 in regulation but lost 3-2 on penalties.

Talk about #SquadGoals 🤯
4 goals in under 6 minutes to start the second half 😈#GoFrogs pic.twitter.com/yJQPkJQHdZ

Yaneisy Rodriguez played seven minutes as #21 Washington and Saint Louis wound up 0-0 at the end of regulation but the Huskies advance 4-3 on penalties.

Alexia Delgado played 103 minutes as Arizona State lost to Duke 2-1 on a golden goal in overtime. Nicole Soto was not on the gameday roster for the Sun Devils.

HIGHLIGHTS | The Hoos made the most of their chances to take a 2-0 victory over No. 12 seed BYU on Saturday and advance to the Sweet 16.#GoHoos 🔶⚔️🔷 | #ALLIN⚽️🔥 pic.twitter.com/uJ4dubSNjC

Mexicanas in College – NCAA Tournament – First Round
To Top