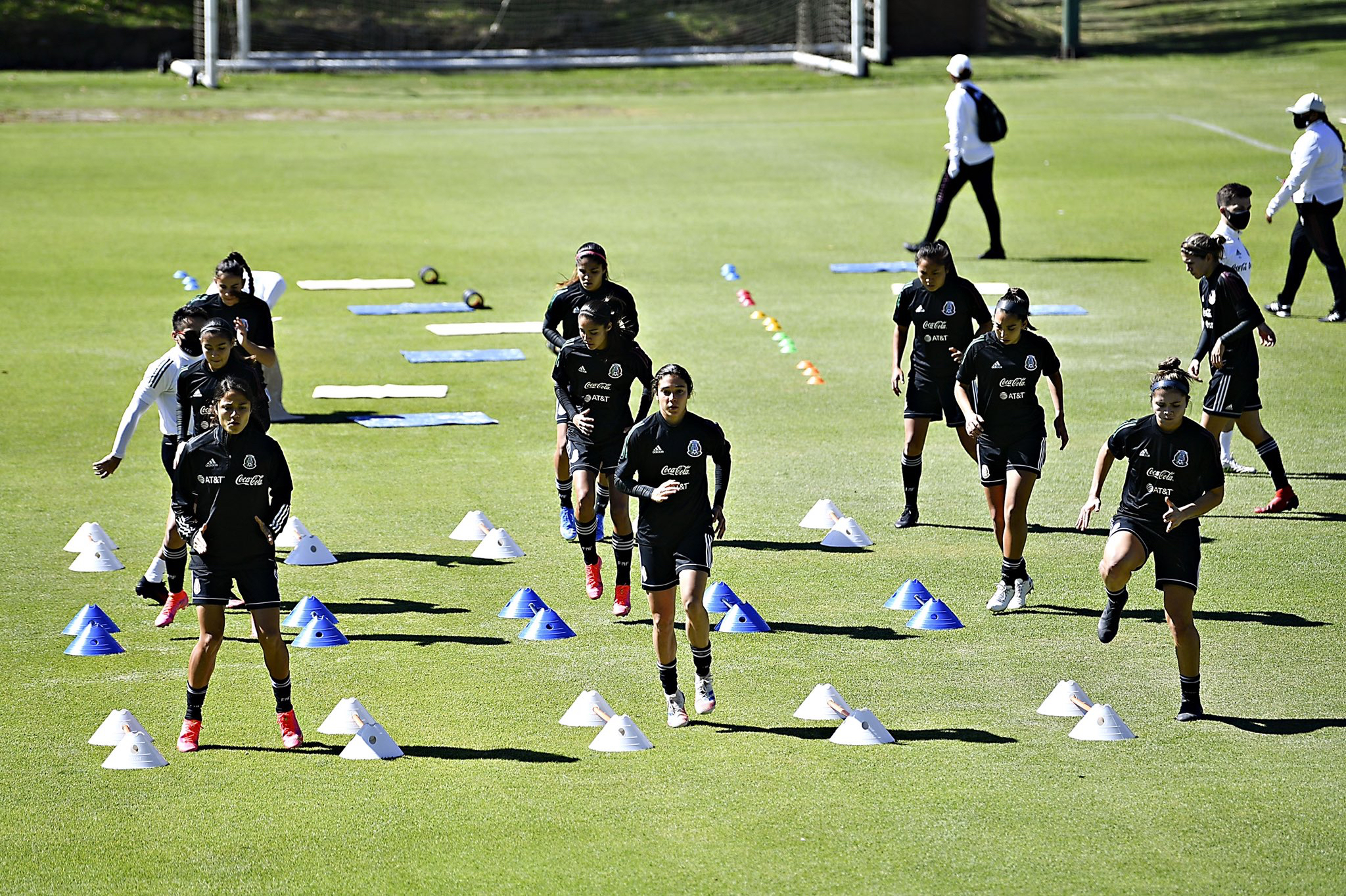 On Saturday afternoon, the Mexican Women’s Senior Side will face Costa Rica in their first friendly match of 2021 in the Estadio Azteca – a stadium the team has not played in since 2007. Although this point has been talked about to death, it’s worth stating once more that the team hasn’t played a match in general anywhere since March of last year.

After 11 months of waiting, everything now inversely seems to be going at an incredibly fast rate. In the span of one month, between January and February of this year, the federation has announced the dismissal of then head coach Christopher Cuellar, made history by promoting Monica Vergara to the senior side while Maribel Dominguez & Ana Galindo were appointed to the U20 and U17 squads and managed to secure two friendlies against a fellow CONCACAF team that will be broadcasted both in the US and Mexico (at least for the first match on Saturday).

Vergara has called on a team that is made up predominantly of Liga MX Femenil players – 19 of the 26 to be exact (it was originally 17 but Emily Alvarado and Kimberly Rodriguez had to be replaced by Jocelyn Orejel and Melany Villeda due to weather conditions in the US) – who make up a league that is still very much trying to prove its worth. That’s the worrying part of all this.

In theory, it very much does feel like a dream. Most of what many asked for in regard to the Femenil side is being given. A coach that takes her players seriously, a system that feels as though it is being properly invested in and players that those that follow Mexican women players are well-versed on because of the domestic league available.

But what of the execution of it?

Time and time again I find myself writing about how the women’s side has to work to keep the spotlight on them. When they failed to qualify for the World Cup in 2019, one felt worried about people doubting the process. The same reaction overcame many when they failed to qualify for the Olympics in 2020 just before the pandemic took over and the women’s team was pushed to the side when it came to priorities, leading us to the place that we are now.

There is no real spotlight on these matches from a general standpoint – they can’t fail to qualify for anything facing off against Costa Rica. Realistically speaking, it’s not win or bust. But in many ways, it does feel that way. In the crash course effort of perhaps providing all the right answers and giving the perceived notion that they are finally taking the women’s team seriously the federation has in fact created a spotlight to kick off this new era.

It feels as though everything from this past month has led to an unfair test the players, Vergara and those that cover the women’s team have to pass for the general fan. For those that doubt them. A test of how many people will tune into their matches, how the stars of the Liga MX Femenil will do on the international stage, how good those coming from abroad actually are.

But while it’s felt very fast and positively chaotic this past couple of weeks, Saturday and Tuesday should be slowed down and enjoyed. If this is the beginning of a new era, let’s take it as it is: the beginning. A baseline for what’s to come.