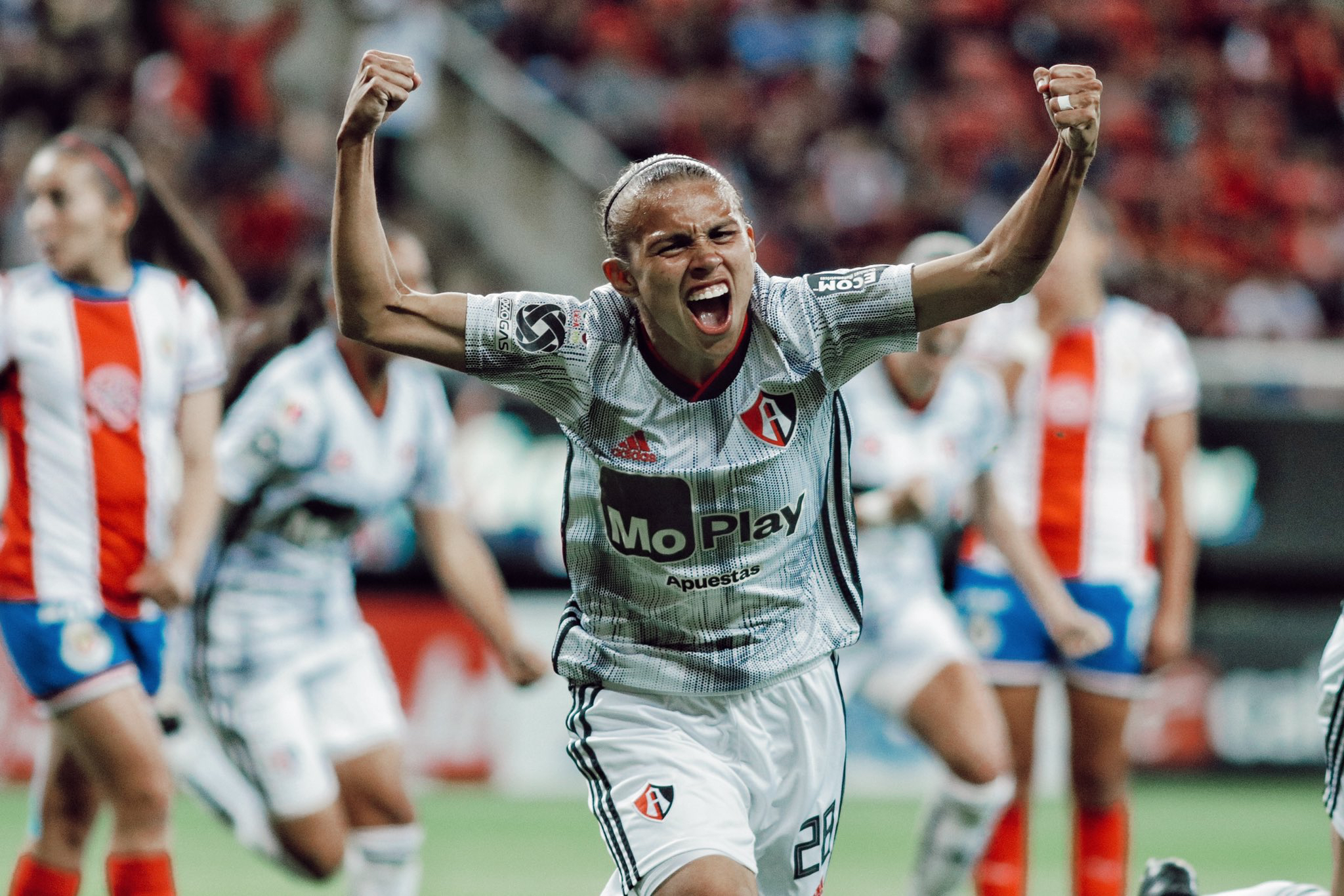 Though some of the younger players of Liga MX Femenil are currently playing some exciting football in the CONCACAF U20 Women’s Championship (and giving me a heart attack in the process), the senior side players are in the second week back to regular season play and continued to highlight their skills. As we just about hit the halfway mark, here are my key highlights from Week 8.

1. Atlas is doing the thing. Last week I mentioned that Atlas wasn’t playing around this season and with a strong showing against Chivas in the Clasico Tapatio on Monday night, you saw once again the fight this team has to be a strong post-season contender. Though Fabiola Ibarra didn’t get a goal during this match, she provided a necessary assist in the form of a nicely-placed cross that landed directly to Ana Garcia who would take the one-touch shot and give Atlas their first goal. Literally two minutes later, Garcia would once again show up for Atlas, winning the ball down the right hand side and passing it to Boyi Iturbide inside the box who would rocket it right into the goal and score her first of the season. Atlas moves to second place with that victory, sitting behind undefeated Tigres but tied in points with 19 each. Atlas has also managed to score at least one goal every game with the exception of their one loss against Tigres and nine of their players have scored at least one goal. The depth they have in their goal scoring options will help as the league gets into the second half of the season and every point matters for placement. For now, they seem to be in a very good position.

2. Yamile Franco’s Olympico goal. Seriously, it was beautiful and won Goal of The Week.

3. America Femenil dealt their first blow. I won’t count this as America finally giving me the validation I needed to be slightly right about my take during the preseason (I won’t ever be right about that). Going undefeated for seven games is still an impressive feat and doing so with sixteen goals in favor and eight against makes it that much more impressive. Still, despite my validating the worries I had about what America Femenil would be capable of this Clausura, the loss to a Toluca that is at the bottom of the table did raise some concerns. Despite the coming and going of players who are international duty (Ximena Rios is currently with the U20 side), America’s overall team, especially the midfield, should’ve dominated this match. And yet what came about what frustrating clearances and miscommunication of where to place the ball. Even Yamanic Martinez’s goal in the 60th minute came from a bad clearance from America off the corner. The 77th minute missed penalty kick from America just summed up the day. Nothing ever really seemed to work and should serve as a good learning lesson to ensure this loss was nothing more than a blip and not the beginnings of a downward journey.
Bonus — Fun soccer is fun. As I continue my journey of following the Liga MX Femenil, I really can’t get over not just how immensely enjoyable it is to watch Mexican female players do well on the pitch but the quality of the goals we are now rewarded with week in and week out. Atlas scored two quick goals on Chivas as I just mentioned, that shocking goal from Toluca and–because I didn’t get to dive into it in the first three points I’m going to talk about it now–the goalfest Stephany Mayor gave to San Luis. Mayor’s ability to score three goals in very different styles has various layers to it but instead of getting too into it, I just want to say that the Liga MX Femenil is fun and women’s soccer is fun and that’s a good thing for everyone.