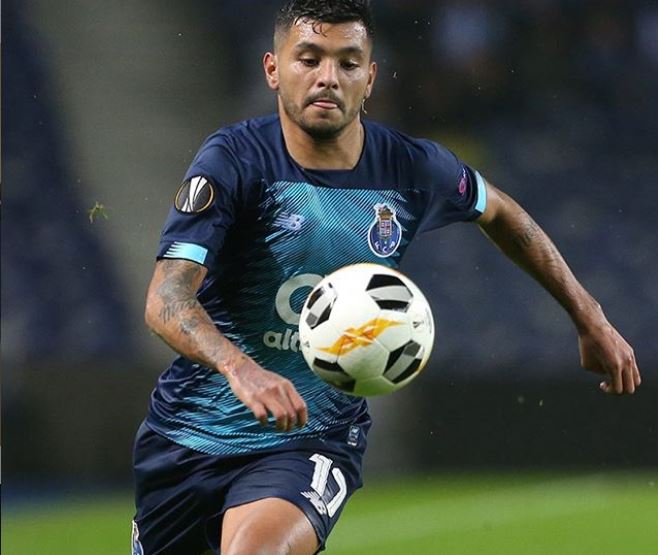 Tecatito Scored Both a Goal and a Red Card

Jesús “Tecatito” Corona continued his hot streak this week with a commanding win over Moreirense 4-2. Moreirense woke the Dragon after striking first blood in the first three minutes of play. El Tecatito and the blue and whites did not hold back and released their fury over the defenseless Moreirense players. Corona participated in various plays, including a magnificent goal in the 85th minute. Tecatito elevated a direct pass from Luis Díaz and connected a direct shot for the final goal of the match. Corona lost his temper and received his second yellow of the match in stoppage time producing his exit of the game.

Héctor Herrera had the full confidence of Diego Simeone, starting against both Barcelona and Real Madrid. Atletico Madrid advanced to the Supercopa final after excitingly defeating Barca 3-2. Los Blancos looked to be Los Colchonero’s latest victims as they pursue their six consecutive victories. After a heated back and forth, Atleti subbed HH out for Vitolo to break the gridlock. The game remained scoreless, forcing the game to end in penalty shootouts. The Whites raised the Supercopa with a dominant performance of their goalkeeper, Thibaut Courtois, and won the shoot out 4-1.

We gave it our all, but we just missed out on this win we wanted for you. We'll keep working hard every day and can only say to you: Thank you for your support, Atleti Family. We'll be back. 🔴⚪ pic.twitter.com/gZMp33dgYy

The Wolverhampton Wanderers looked to break a three-game winless streak after their big win over Manchester City. Raúl Jiménez was overdue as he had not scored since that iconic win. Unfortunately for the Wolves, Newcastle delivered a near-perfect defensive display. The Magpies goalkeeper, Martin Dúbravka, was a forcefield after allowing an early equalizer in the 14th minute. Dúbravka made several acrobatic saves, including an RJ9 header in the 34th minute. The Wolves continue their winless ways and need to find their form leading up to their clash against Manchester United on Wednesday, January 15th.