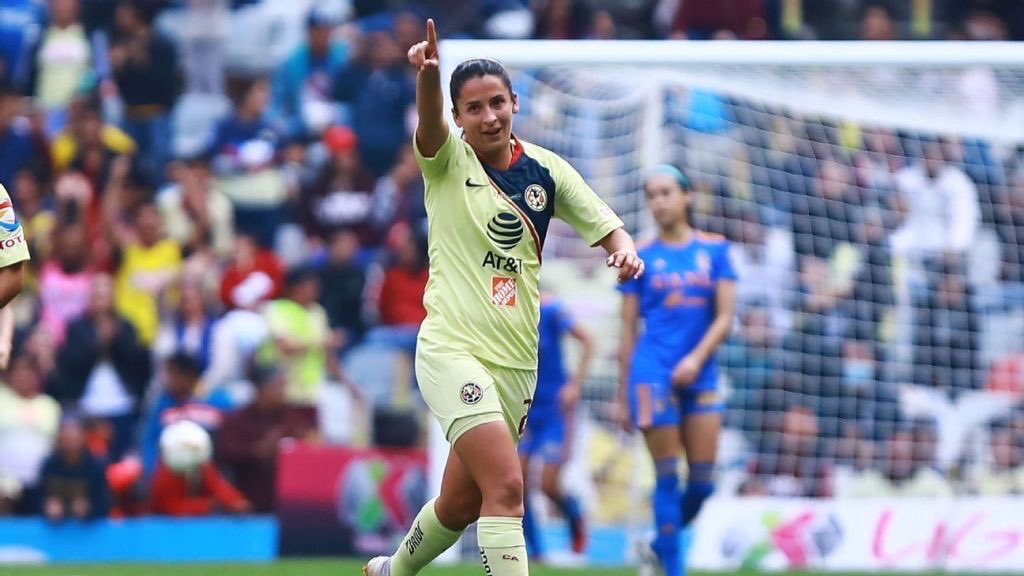 Only two weeks left in the regular season and while there’s been a lot of controversy with the treatment of players and lack of respect, all that seems to take a back seat when tragedy hits and one is forced to put things in perspective. Here’s my main takeaways from this week.

1) The Liga MX Femenil gains some strength in being united. For anyone who hasn’t heard, América Femenil released a statement on its social media channels on Friday stating coveted player Diana Gonzalez had passed away. No specific details were given out in regards to the exact cause but had to do with complications involving her diabetes. The 26-year-old midfielder had some shining moments during her Liga MX Femenil run, including an incredible goal from outside the box during the Liguilla matches against Tigres that would eventually lead to América’s first season title in the 2018 Apertura season.

Her death was sudden and left many players from various teams heartbroken at a former or current teammate no longer being around. Tragedies always bring people together and couple this with the Veracruz situation and players showing solidarity with them about the injustice, the league is having a defining moment to stand united in their toughest moments. To see a player so young and with so much talent taken away from this world is never an easy thing to deal with. The rest of the femenil teams held a moment of silence for the fallen midfielder before the start of their respective matches and even América’s men’s side wore shirts honoring Gonzalez during their pre-game warm-ups. It goes without being said but our thoughts are with her family, friends and teammates going through this difficult moment.

2) There’s an emotional factor to América Femenil now. While other teams mourned during moments of silence before their matches, América’s match against Cruz Azul was understandably rescheduled following the news. When the teams came together again to play the match, it would be Daniela Espinosa that would score first and the pure raw emotion she displayed bursting into tears after seeing the ball go into the back of the net as Diana Gonzalez’s family cheered behind the goal was bittersweet in its authenticity. The team joined Daniela in a kneeled huddle as they all pointed to the sky, dedicating the goal to their fallen teammate. The game ended in a 1-1 draw against Cruz Azul and solidified Las Aguilas spot in the Liguilla but for a team that has fluctuated continuously throughout the season, they now have something more than just the title to fight for. They seem determined to play their hearts out and honor their teammate.

3) Monterrey and Xolos Femenil are going to be fun to watch in the Liguilla. At the risk of making this post a little more personal, I’m excited to share that I was able to cover my first Liga MX Femenil match this past Monday between Monterrey and Xolos Femenil at Estadio Caliente and for lack of a better word, it was incredibly enlightening. I’ll spare going into a tangent about the way media situations happened in this particular Liga MX Femenil match but as far as the performances on the field, I was impressed by both teams for their style of play.

Monterrey’s dominance has been talked about to death and with complete reason. To see them play so well together from the defense to the offense and the depth they have was so fun to witness live. From the queen of goalscoring Desiree Monsivais to an equally solid finisher with Diana Evangelista and strong midfielders Dinora Garza, Daniela Solis and Andrea Hernandez, once the team finds its rhythm, there’s not much any team can do to stop them. They understand each other and trust they’ll make the right move to open up the space for themselves and one of them will convert a goal. None of this even begins to include players like Aylin Avilez and Selena Castillo being on the bench and having the ability to make an instant impact against a tired out opposition.

But while the most powerful team in Liga MX Femenil continued to show their dominance on Monday, that does take away from the fantastic work ethic Mexican-American standout Renae Cuellar showed throughout the match trying to get Xolos a goal at home. Goalkeeper Itzel Gonzalez did the best she could and Valentina Ovieda really stood out for me given she was Xolos’ only defensive midfielder and at 18-years-old was doing her best to disrupt Monterrey’s flow. It was two entirely different teams that are likely both going to make the Liguilla and who will be entertaining to watch for their very different styles of playing. I look forward to seeing them in the post-season.
Plus, fellow Mexican soccer friend, Cesar Hernandez, joined me for this coverage and we recorded a podcast discussing our experience. I recommend listening to it here.