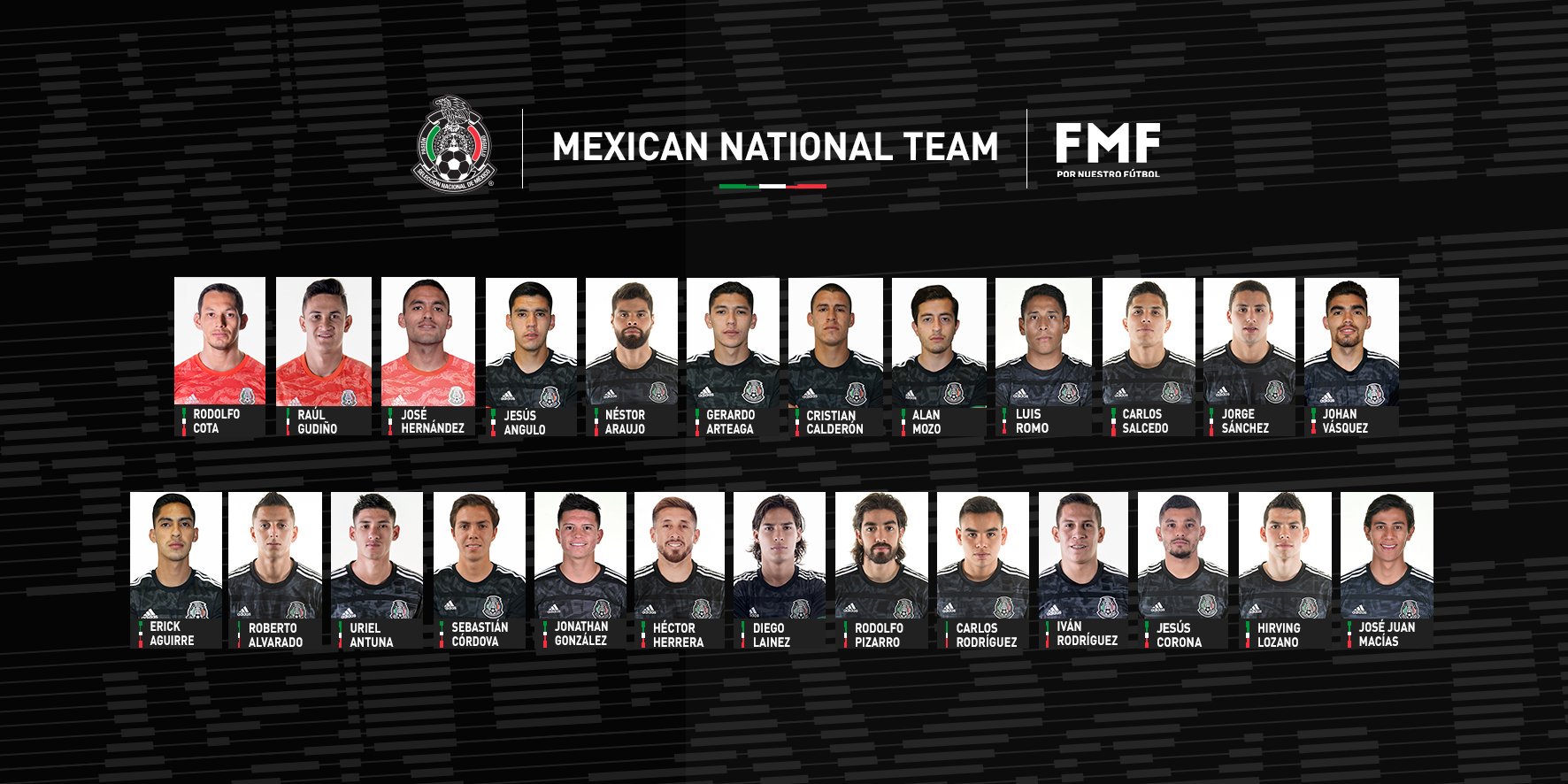 As expected after Martino’s post-match press conference after the match against Trinidad and Tobago, the roster is a mix of first team regulars, like Hirving Lozano, Roberto Alvarado, Jesus Manuel Corona, and Hector Herrera, and players who featured the friendly in Toluca, like midfielders Jonathan Gonzalez and Sebastian Cordova and striker Jose Juan Macias, whose appearance in a documentary on Borussia Dortmund seems to give an indication that there may be significant international attention paid by club scouts and directors during the Nations League campaign.

Other players like Diego Lainez and Rodolfo Pizarro make returns to the national side after lengthy absences away from “Tata” Martino’s side.

But the side, most notably, takes on a hybrid feature built on players who can interchange and function out of their natural position when the need arrives, and can make danger and execute on that danger when the time comes.

El Tri first opens its Nations League campaign at Bermuda National Stadium in Hamilton against Bermuda on Friday, October 11. And then, they return to Mexico City to host Panama on Tuesday, October 15.

Here is the full side that El Tri will take for their first two Nations League group games.

Trivia: The Bermuda National Stadium saw the host nation Bermuda (a British overseas territory and one of several in CONCACAF) eliminate the United States men’s national team from qualification for the 2020 ICC T-20 Cricket World Cup in a round robin tournament that took place between August and September 2019.