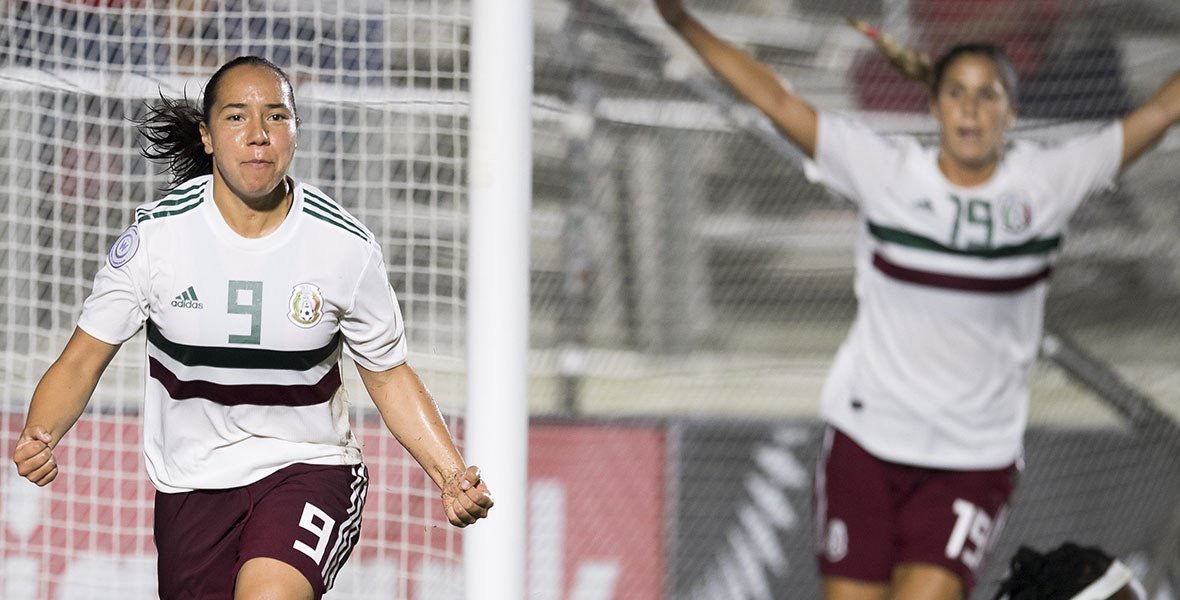 The Mexico Women’s National Team got a necessary win against Trinidad & Tobago on Sunday and earned their much needed three points in an exciting match that ended 4-1.

Despite dominating through the majority of the first half, Mexico struggled to secure the goal while Trinidad & Tobago continued pressing on with their counterattacks, including a close shot from Cordner. However, strong work from Maria Sanchez got the ball to the box which ricocheted to feet of Charlyn Corral who was able to get Mexico the lead as the first half ended.

An early penalty kick for Trinidad & Tobago in the second half that was converted by Cato gave the opposing squad the equalizer but just five minutes later, Katie Johnson would score a fantastic header that would return the lead back to El Tri. The goal scoring would continue as Stephany Mayor sent a cross into the box that was finished off by Charlyn Corral and secured Corral the brace. Mayor would be an integral part of the match as another cross into the box landed perfectly to midfielder Maria Sanchez who would secure the 4-1 win.

After the match, Mexico head coach Roberto Medina complimented Trinidad & Tobago on the effort they put on the field.

“They never stopped working. They were a team that closed up the spaces and complicated things for us for a large part of the match. Fortunately, we were able to maintain control and we were able to achieve what we had planned out for this match,” he said.

Mexico earned themselves three points with the victory and with the 4-1 score line, depleted their goal differential down to -3.

“This give us a sense of relief,” the coach stated, “to be able to prepare for the next game more calmly and better analyze our next opponent. It was a great result for the team that will increase their confidence and the belief that they can achieve great things.”

Still, with only a -3 goal difference, Mexico remains in third place in Group behind Panama (who has a goal differential of -2), making it unfortunate that they had so many missed opportunities and a penalty called on them against Trinidad & Tobago. Mexico will need to win their next match if they want to advance to the semifinals.

“We weren’t able to secure more goals. This puts us at a disadvantage. But that’s how fútbol works sometimes. We’ll have to go back and really analyze where we could have generated more options for ourselves or made things less complicated so we wouldn’t have had to suffer in the final third.”

“We know we need to win this next match. We’ve known that since the loss [against the US]. We’re facing off against a team that plays well. We’ll calmly think about what the strategy will be while respecting our offensive approach and looking for as much as we can.”

Mexico will face off against Panama in their last group stage match on Wednesday, October 10th at 2:00 PM Pacific Standard Time.

Stephany Mayor: “We have to dominate completely”
Mexico Says Goodbye To World Cup Hopes in 2-0 Loss to Panama
To Top