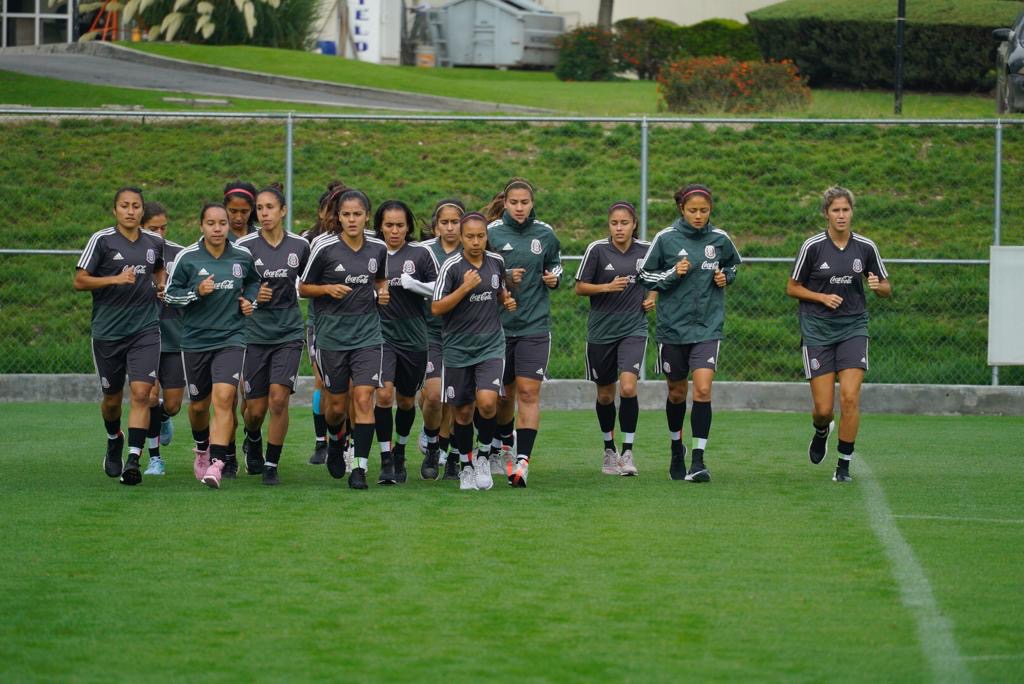 The CONCACAF Women’s Championship tournament kicks off on October 4th and for those that are unfamiliar with its importance: it’s basically the Gold Cup and World Cup Qualifiers rolled into one. Eight teams will be taking place in the tournament fighting for one of the top three spots that will guarantee them a place in the FIFA Women’s World Cup next year in France. A spot that is imperative for the Mexican Women’s side if it wants to continue its upward trajectory of fair exposure.

It’s been an exciting couple of years for Mexican Women’s soccer leading up to this tournament.

Over the summer earlier this year, 13 of the 20-woman roster heading to the CONCACAF tournament were Gold Medal champions during the Central American and Caribbean Games in Barranquilla.

Back in December of 2016, the Liga MX Club Owners announced the formation of the new Liga MX Feminil (a previous women’s league had been attempted back in 2007 but lacked major coverage and significant sponsorship). The inaugural Apertura season started in July of 2017 and did rather well. A two-leg playoff round between Chivas and Pachuca had record attendance with over 62,000 spectators amongst the two matches.

The final match between Tigres and Monterrey set history as the highest attended club match in women’s soccer history with 51,211 fans.

Mexican International Charlyn Corral was named Pichichi of the Women’s Spanish League back in May of this year.

The rise of social media and the willingness from more outlets to provide to cover the matches and broadcast them on television has helped draw more attention to the Liga MX Feminil, the Mexican Women Abroad and even those playing in the United States.

And as unfair as it may seem to put such pressure and responsibility on the female players to play well to merit attention after years of going unnoticed, it’s an unfortunate necessity but one that can prove very beneficial if done correctly.

One needs to look no further than the team Mexico will be facing in their first match: the US Women’s National Team. Ranked #1 in the World, three-time World Cup Champions and four-time Olympic Gold Medalists, the US women have let their talent do most of the talking.

A successful run matters for the growth of an organization and it is something that the players themselves are aware of. The team arrived to North Carolina on September 30th in preparation for their upcoming matches and veteran and Club Pachuca player, Monica Ocampo, weighed in on the significance of the women’s league helping her.

“We’re improving. We’re practicing every day and playing matches every weekend, which has helped us tremendously when we have to suit up for the national team,” she stated. “This match against the US will be our first test and hopefully things work out well for us.”

Mexican midfielder Jacqueline Ovalle, who participated in the U20 World Cup and had four goals in the tournament, spoke also spoke about the women’s league and the reasonable comparisons between two of the biggest nations in CONCACAF.

“The Liga MX is growing and in the best possible way, people will be able to witness the results of the league as they watch us play on the field. Little by little we’re growing. The US might have a better formed league but we should also focus on our individual qualities and what we’re capable of achieving.”

There are still a lot of things that need to improve. The Liga MX Feminil restricting the league exclusively to native-born players is a problem. Payments are still drastically low compared to their male counterparts in the Liga MX. The disregard for scheduling the FIFA Women’s World Cup final at the same time as Men’s tournaments shows the a lack of prioritization.

But, there is growth. The CONCACAF Women’s Championship will be broadcasted on multiple channels in the United States. There are more people who are focusing on the Mexican Women’s players and the team.

All eyes will be on them on Thursday. The match kicks off at 4:30 PM PST and available to watch on Univision Deportes or Fox Sports 2.