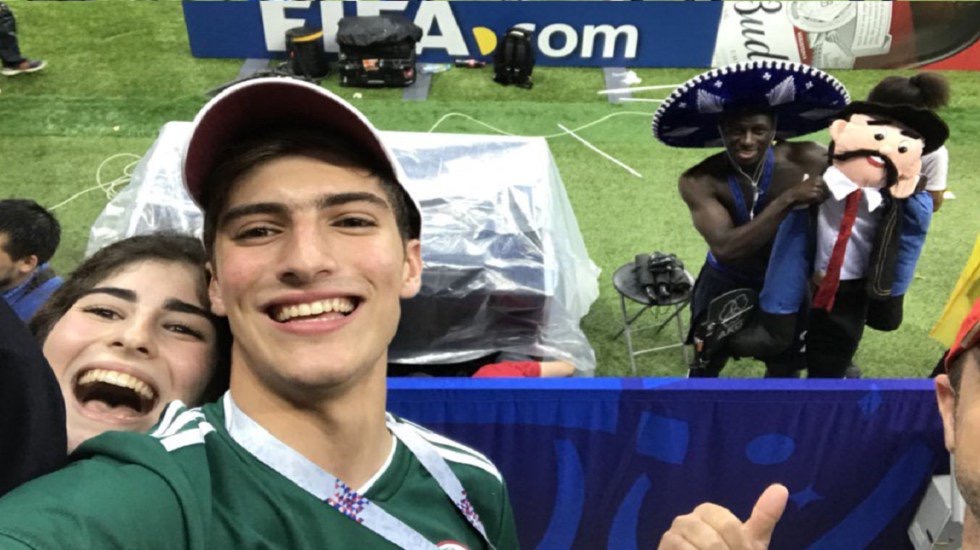 France was crowned the World Champions on Sunday morning and even though Mexico was eliminated in the Round of 16, the nation was still present in Moscow that day. After defeating Croatia 4-2 in Luzhniki Stadium, the celebrations were in full-force and (for a team very digitally savvy) were quickly being displayed all over social media following the trophy ceremony.

What caught the most attention soon after the trophy was given to Les Bleus was an Instagram Live Stream released by Paul Pogba. The stream starts with him wearing a blue charro sombrero, speaking Spanish, and asking his teammates to put on “reggaeton music.” He then goes to stand next to fellow teammate Antoine Griezmann who gives a shout out to both Mexico as a whole and former Real Sociedad teammate “Carlitos Vela.”

.@paulpogba really is the absolute best ? Just went live with a sombrero on and peep @AntoGriezmann giving a shoutout to ????? pic.twitter.com/oF7WNNbee5

Another reason @paulpogba is pure class. @AntoGriezmann says something he probably shouldn’t say ? and Pogba is like “yooooo” ??

The stream was shared all over social media but still the question remained… where did they get that sombrero?

The sombrero originally belonged to Juan Pablo Abraham, a Mexico fan traveling from Merida, Yucatan, who was at the exciting World Cup final between France and Croatia. After the match was over, Abraham caught the attention of French defender, Benjamin Mendy, gesturing at him to exchange his jersey for the sombrero to which Mendy agreed.

Juan Pablo and his sister, Fernanda, graciously accepted the jersey and handed Mendy the sombrero. He then took to social media to thank Mendy for the once-in-a-lifetime gift.

To which Mendy responded: “Thank YOU.”

Abraham took to social media shortly afterward stating: “May the Mexican Sombrero and our culture reach everyone in the world! Endless thanks to all.”

Mexico’s presence was strongly felt all throughout the World Cup. Instagram En Espanol recently stated that it was the 2nd highest mentioned nation on their platform during the entire tournament falling behind only to the champions themselves, France. And if this exchange is an indication of anything, it’s that Mexico fans make themselves and others–even World Cup winners–feel the Mexican spirit.