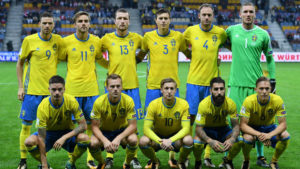 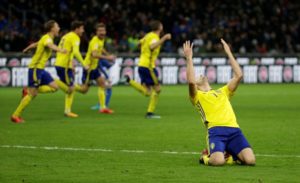 Sweden became the surprise package in European qualification by claiming second place of their group behind France but ahead of the heavily favored Netherlands who had claimed 3rd place at the 2014 Brazil World Cup. Sweden then proved that their qualification was no fluke by defeating Italy in a play-offs match. Not bad for a squad that had failed to win a single game at the 2016 UEFA Euro Cup. 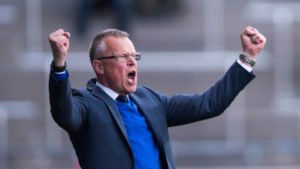 Qualifying to Russia was expected to be bumpy road after Zlatan Ibrahimovic’s retirement from the national team but Andersson successfully built a team that managed to punch above its weight. The outstanding characteristic that Andersson brought from his successful years at the helm of IFK Norrkoping to the national team was organisation.

Andersson, who coached primarily Swedish clubs, took charge of the national team after the 2016 European Championship. The 55-year old coach then forged the blue-yellow into a defensively strong unit with a good counterattack. “We have a good group, a good team and we work hard together,” Anderson said of the side that has taken Sweden to its first World Cup in 12 years. 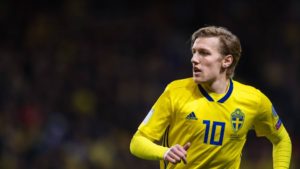 After Ibrahimovic decided to retire from the national team in 2016, the spotlight, the pressure and the expectations from the media and fans fell on the shoulders of Emil Forsberg, a 26-year-old from Sundsvall. Forsberg was one of the stars in the Malmo side that created history by becoming the first Swedish team to reach the group stage of the UEFA Champions League in 14 years. But Forsberg courted controversy when he decided to leave the Swedish champions for then second-tier German side RB Leipzig in 2014.

The Swede then took Germany by storm. In his first full season he helped Leipzig to promotion to the Bundesliga, where he later contributed 22 assists as the club impressively finished runners-up in their debut season in the top flight. Forsberg’s most recent season wasn’t as spectacular as the player had to overcome a series of injuries. Still, there is no doubt that his creativity and ability to make the difference will play a vital role for Sweden’s 2018 World Cup journey. 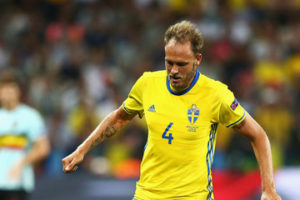 Swedens captain has been a national team regular for a decade. Under Granqvist’s leadership Sweden repelled Italy’s onslaught, in the teams play-offs victory, with an impressive display of pisitioning, tackling and aerial dominance. The 33 year old defenders penalty kick goal against South Korea handed Sweden their first opening World Cup game since 1958.

Sweden sits third in the group, level on three points and with the same goal difference of zero as Germany, laving the team with a must win situation. “I know that if we win, we continue,” said Sebastian Larsson. “If we win with more [goals] than Germany wins, we win the group. I’m not going to say we’re a better team, but I believe in our group,” continued the midfielder. “We have shown that we can give the best teams great difficulties. We know we have to play as close to the top level as we can.”

“Normally they [Mexico] like to play a high press, they like to keep the ball in possession… Now we have a situation that they can go through without winning the game,” added Sweden scout Tom Prahl. “The main thing is that we score one goal more than Mexico after 90 minutes, and if it will come in the 85th minute that’s quite alright,” Prahl said.