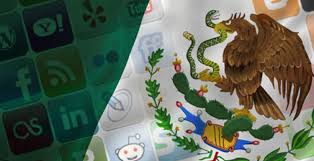 ‘Appropriation’ has been a big trigger word, especially with the tense racial relations that have been further exacerbated since the 2016 election. There seems to be this really strong disconnect between wanting to highlight a culture and actually celebrating it. Taking without acknowledgment. And the picture is pretty clear when it’s a non-member of that specific culture or race trying to take. But how do you handle it when it’s members of the same culture?

When the US Men’s National Team failed to qualify for the upcoming FIFA World Cup, it was a shocker. Not just for US fans themselves, but even for some Mexican-American El Tri fans, myself included. There was this sudden realization that two countries we are involuntarily part of simultaneously would not both be going to participate on the world’s biggest stage. The second realization was the “now we’re the only ones.” It’s no secret that Mexico and the US are the most profiled teams in CONCACAF.

Sure, there is Costa Rica and Panama who also deserve to be recognized for qualifying, but for those in the US, the big talking points were going to be about how Mexico and the US would perform. Now, it was only going to be Mexico that would be talked about—which meant those that were aiming to focus on the US Men’s National Team had to scramble to change their coverage to El Tri (here’s looking at you, Fox Sports).

The desperate attempts of English-language media to hop on the Mexico train have been talked about to death and rightfully so. Seeing Alexi Lalas in a Mexico jersey is the bread and butter of how hard some outlets are trying. The Men in Blazers “Mexico special” during Mexico’s US Tour in Los Angeles that spent less than half of its 2-hour live show actually talking about the Mexican National Team was a bit disappointing, but not unexpected.

They don’t know. They’ve never tried to fully know or understand the Mexican National Team until they had to. But what has been unexpected is this sort of willingness from those that do know the team or claim to know the team agreeing to hop on this same train of caricatured exploitation.

I spent so much of my undergraduate studies at the University of Southern California thinking that I was the only one. Coming from a university that was solely focused on all things relating to American sports, it was hard to try to explain why I was studying journalism and why I wanted to cover soccer—hell, even why I wanted to cover the Men’s Mexico National Soccer Team.

And so, I did. It was hard. At the beginning I felt alone. I did what any person born in the digital age did. I started a blog to talk about these things that I thought no one else was talking about. Then I discovered twitter and through it, I got an internship with a fantastic group of guys who were actually covering all things Mexican soccer in English and chose me because I shared that same vision. They helped expose me to other people also trying to enhance coverage of Mexican soccer in English.

It felt very comforting and therapeutic. There were no “You were born in the US, you should go for the US team” or “Oh you like soccer? [wait a few seconds and proceeds to scream] ……GOOOOOOOOOOOL.”

There were people from different backgrounds and who grew up different that still somehow embodied the same journey and I could relate to both personally and professionally. It feels like a long time of progression since I started doing all this and from people that I look up to and see as mentors, it’s been a long-time coming since even before me.

So when this elevated platform for Mexican soccer in English was introduced after the elimination of the US Men’s National Team, here was the opportunity to really present it from a strong front. To really appreciate the work we’ve done so far to get here and allow ourselves to really get the recognition we deserve. And it feels like sometimes those who are allowed to step onto that platform take us two steps back.

Don’t get me wrong. There’s been some fantastic coverage about Mexico and its role in this World Cup for people that live in the US. The Sports Illustrated article was a great example of that. Copa90’s journey to Chicharito’s home let the fans speak on the subject in a very personal and transparent way.

Then we get something like the recent article from ESPN pulling this narrative from the voice of a Mexican-American about how Americans should embrace Mexico in this World Cup but from a narrative that feels as though they are diminishing all the hard work the pioneers of #ElTriEng have spent years earning.

Yes, we’re Mexican and American. Yes, we like tacos, burritos, etc. We can make pop-culture references that relate to both Mexican and American culture that can also translate over to soccer culture. Yes, it is nice to finally be heard and be asked about your opinion, especially for writers and reporters who have spent so much of their time in the shadows.

But, you have a platform. You don’t have to throw in the word quesadilla for absolutely no reason.

Wake up and smell the tacos?

Don’t waste your platform being something they want you to be. Or that you think will generate the most buzz. Be authentic. Embrace this chance we have to really highlight what some of us have spent our whole lives wanting to talk about in our language without perpetuating stereotypes.

Edward James Olmos said it best. We’re juggling so much trying to understand our dual identity and explain it that “it’s exhausting!”

Don’t make it even more exhausting for the rest of us.

Futbol Underground: Alebrijes as Apertura 2017 Ascenso MX Champions, VAR in Mexico, Pre-Draft Transfers,
Why we love the Mundial
To Top