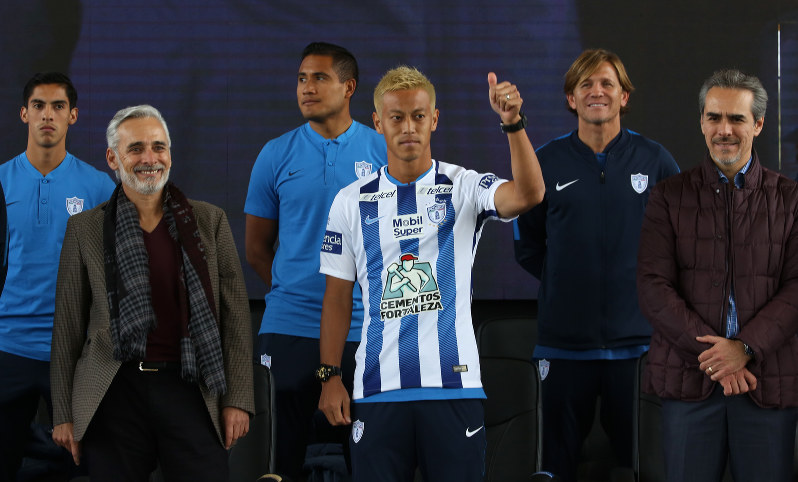 After getting past Wydad Casablanca in their opening match, the Tuzos look to mount a surprise run to the Club World Cup final. In their way are Brazilian club Gremio, the 2017 Copa Libertadores champions and the first Brazilian champions of the South American tournament since 2013.

Gremio are making their FIFA Club World Cup debuts and come in on somewhat of a rest. Tuesday’s semifinal is the side’s first game in all competitions in ten days, when they fell 4-3 to Atletico Mineiro in their match of their Brasileirao Serie A season.

Gremio are much more organized than Wydad Casablanca and bring more known star-power than the African champions did (at least in the eyes of many Mexican football fans), but bring a similar level of maliciousness into their attacking approach. Midfielder Arthur, who is rumored to be bound for FC Barcelona in the winter transfer window is normally a name to fear. However, to Pachuca’s luck, Arthur did not travel to the United Arab Emirates for the tournament. However, Gremio’s tricky forward, Luan, has. Luan’s guile and deception is expected bring obvious defensive challenges for the Tuzos.

Tuzos fans may be familiar with two Gremio players–Walter Kannemann who played with Atlas in 2015-16, and Michael Arroyo, who barely saw a minute of action with Gremio, who played with Club America in 2017-18.

But for both sides, what lies ahead is still brand new. Neither Gremio or Pachuca have reached a Club World Cup final. And Pachuca manager Diego Alonso seemed fully aware of it in his press conference.

“There’s a huge prize waiting for us. This is a game in which we can make history for CONCACAF football and do something no other Mexican team has ever done,” Alonso noted. “I hope we can make the final because the fans and the players in particular deserve it.”

Alonso expanded on the task of facing O Tricolor, who won their first Copa Libertadores since 1995, in remarks captured by the Emirati English-language news outlet The National.

“Logically, we know how big Gremio is, what Gremio means in Brazil,” Alonso added. “They are a giant of South America. Also, they have developed a high potential with the coach and their players to win the Copa Libertadores, playing fantastic football.”

Keisuke Honda, whose dribbles, vision, and initiative helped Pachuca take control of their quarterfinal against Wydad Casablanca, also noted the side’s challenge ahead, explaining that his side expects to face a side that’s better than his own.

For the Tuzos the prize for an upset is great. Should they get to the final, it would be the club’s first Club World Cup final appearance in four attempts.

The  match kicks off on Tuesday, December 12 at 12:00 PM EST (UTC -5) and can be seen on Telemundo, Telemundo Deportes, and Fox Soccer Match Pass.