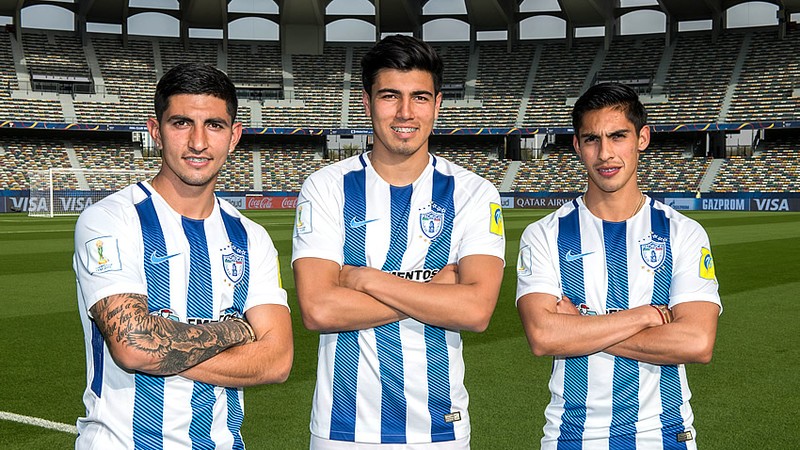 The Apertura 2017 tournament had not necessarily gone to plan for the Tuzos. Despite the emergence of a tricky, effective attacking corps during the tournament, Pachuca had not been able to back up the CONCACAF Champions League title from May.

In the Club World Cup, on an avenue where Mexican teams have often struggled, the Tuzos have an opportunity to go for a second trophy in 2017 when they take the pitch in their opening Club World Cup match–a battle against the 2017 CAF Champions League winners Wydad Athletic Club, more popularly known as Wydad Casablanca.

The “Kings of Titles” as they are known in Morocco, like the Tuzos, have had a tough time in the 2017-18, currently in 11th place out of 16 teams in the Botola, Morocco’s top flight league, and only five points above the drop zone. But in the 2017 CAF Champions League campaign, Wydad Casablanca were giants, losing only once in their entire presence in the tournament.

Wydad also play with a style of football that is reminiscent of how the Tuzos would like to play–improvisational, aggressive, but intelligent. They can combine well on the buildup, and man-mark impressively in defense.

The good and bad news for the Tuzos is that they can see reflections of their opponents in their own defending and attacking. The bad news is that it creates the kind of chess match where the improvisation and combination play by Wydad attackers could work against the Tuzos as it had during the season.

Fortunately, most of the 23-man-squad Diego Alonso brought to the United Arab Emirates is ready to play the quarterfinal. And there is a prize for the winner of this match—a semifinal match against Copa Libertadores champions Gremio awaits on December 12. The loser’s Club World Cup would end that same day in the fifth place match against the loser of the match between UAE Champions Al-Jazira and Asian champions Urawa Red Diamonds.

The match kicks off on Saturday, December 10 at 8:00 AM Eastern Standard Time (UTC -5) and can be seen on Telemundo, Telemundo Deportes, and Fox Soccer Match Pass.