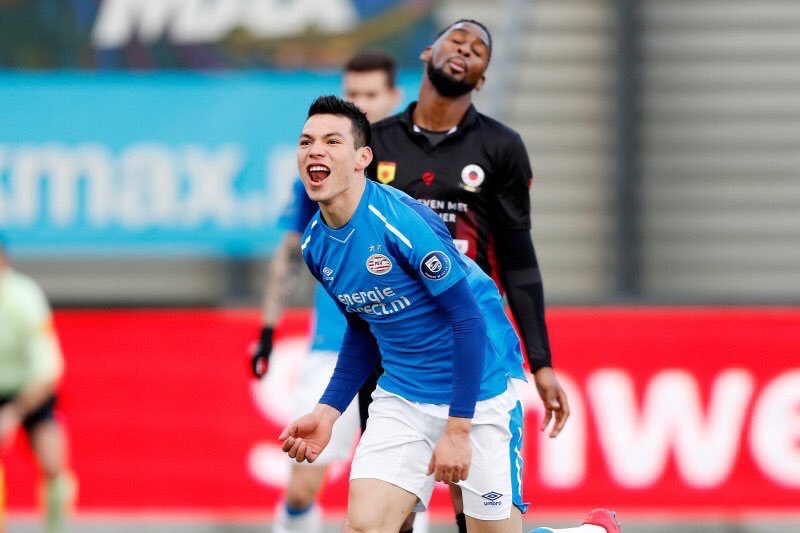 Real Betis took on Girona on Sunday morning in a regular season match that saw Girona get the upper hand just ending the first half. But the match began to heat up in the last 20 minutes of the match. Guardado was given a chance in the 85th minute of play when Real Betis was awarded a free kick just outside the box. The Mexican midfielder saw his opportunity and perfectly placed the ball at the top right-hand corner and leveled the game. The match itself would end in a 1-1 draw.

Real Betis currently sits in 8th place in the league standings but for Andres Guardado, gaining this kind of confidence off of this kind of goal towards the end of the year is what Mexico’s growing leader needs to enter 2018. The chances for the team to place higher in the league is possible but Guardado’s performance in a top European league is something that needs to be celebrated. His consistency has been impressive.

What can be said about Hirving ‘Chucky’ Lozano that has not already been said in the Mexicans Abroad weekly recaps? The man scored again this past weekend against Excelsior, giving PSV three points in the 2-1 victory. ‘Chucky’ is now the first foreign player to score 10 Eredivisie goals the fastest; taking only 11 games to net them. He is also the top goalscorer in the league.

There’s no denying it. He’s dominating the league.

Things have been pretty quiet for Guillermo Ochoa in Belgium lately with Standard Liege but a lot of noise came out of there this weekend when Ochoa proved why he’s San Ochoa. After M’Poku gave Standard Liege the lead in the 15th minute, opponent Genk had an opportunity in the 59th when the referee awarded them a penalty kick. It would be Ochoa in his signature stance before the whistle blew but he read the shot as it went to the lower left corner and denied them the goal. Standard Liege would go on to win the match 2-0.

Ochoa’s side won the match 2-0.#MexicansAbroad

Corona Gets A Red

It has been a roller coaster for the Mexicans Abroad at Porto FC. In Saturday’s match against Aves, Hector Herrera and Jesus ‘Tecatito’ Corona were both given the starting positions but things would get unfortunate for Corona. He would receive a yellow card in the 41st minute and not too long after, would get a second yellow turned red card in the 52nd minute. Minutes are the most important aspect of Corona’s development right now, specifically from the club level considering the personal dilemmas he has faced that have left him out of international play for a few months. This red card will deny him potential playing time and he’ll need to do what he can to recover that time when he’s available again. Porto would tie the match 1-1. Diego Reyes and Miguel Layun did not play.

‘Cubo’ Remains In The Playoffs

The Houston Dynamo took on Seattle Sounders on Tuesday evening for the first leg of the MLS Cup. Seattle Sounders took the 2-0 victory for that first leg, with Erick ‘Cubo’ Torres not seeing any playing time during that match. However, considering the low profile he has on the international level, it is important to note Torres is still part of the playoffs whereas Giovani and Jonathan Dos Santos–who play for the LA Galaxy and are an possible pieces of the 2018 World Cup squad–have long been gone from the playoffs and won’t get playing time or practice for a while. Houston Dynamo takes on the Sounders in the second leg on Thursday, November 30th.

USL debutantes Las Vegas Lights announce “Chelis” as their first-ever manager.
Futbol Underground: On Ascenso MX, The return of 20/11, Pay to Play, Corruption, Coaching Changes, and the Fragility of the Europeos’ Club Place.
To Top