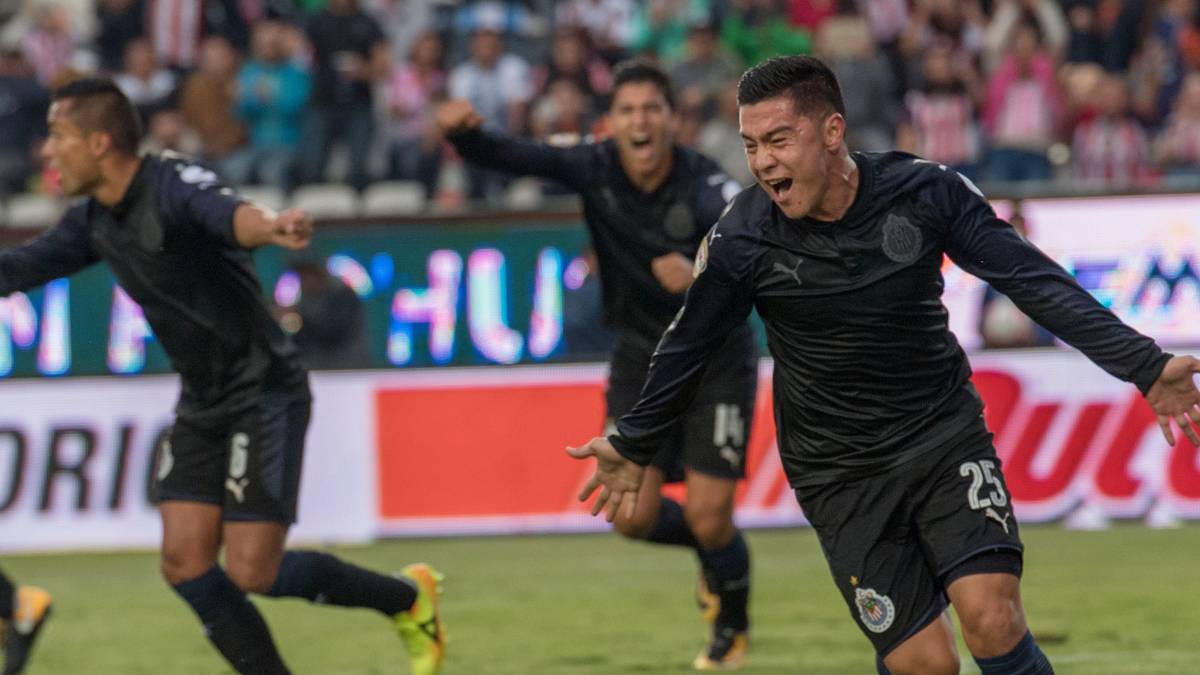 Chivas finally earn their first win of the season

It’s taken eight weeks, but Chivas finally have a one in the win column on the Liga MX table.

Matíás Almeyda made a couple of effective line-up changes for their match on Saturday. Crucially, Javier “Chofis” López got a chance to play in the “number ten” role, and he was the stand-out performer as Chivas blew away an off-form Pachuca side.

Almeyda reaping the rewards of listening to me and playing Chofis

Chofis scored the second of the night, and was a creative force all evening, completing three key passes and three crosses. Fellow attacking-midfielders Rodolfo Pizarro and Carlos Fierro managed just a single key pass and zero successful crosses between them.

That pair did combine for the goal which killed off Pachuca’s hopes though. A superb dribbling run from Pizarro brought the ball to the goal-line, where he pulled back for Fierro to sweep home.

But once again, questions over the style of Pizarro’s play must be raised. His risk taking created this goal, but also saw 14 of his 29 pass attempts go astray. It could be argued that Rodolfo has yet to find the correct risk-reward balance.

Fierro’s goal made it three-nil before half-time, with the defence of Los Tuzos perhaps looking more porous than any other time whilst Óscar Murillo has been a part of the back-four.

Pachuca pulled one back in the second-half, but Chivas were still the dominant side. An impressive win, and with an in-form Chofis as the “number ten”, perhaps a blueprint for future success. Chivas could yet make liguilla despite their awful start, although both they and Pachuca may end up as high-profile casualties.

Attacking class sees Gustavo Díaz get off to a winning start

With just 16 goals in eight games, this was a jornada low on attacking quality. One side did produce two moments of attacking class though, León.

It was Gustavo Díaz’s first game in charge, and straight away we saw a few changes. Firstly, young José Rodríguez made his first start, in central midfield, and impressed. Rodríguez picked up an assist and completed 87% of his passes.

Slight tactical alterations were also observed. The approach was a little less direct, resulting in an improved passing accuracy, and the side looked more compact than under Javier Torrente.

The key to the victory though, was the two moments of attacking class.

Elías Hernández scored the first goal. Elías, who perhaps doesn’t always get the credit he deserves, isn’t known for his ability to cut inside and shoot at goal. However, he did this to excellent effect against Querétaro.

With the game heading for a draw, Elías turned provider, setting up the winner. Hernández slipped in Mauro Boselli as the Argentine ran across the Querétaro defence. Boselli displayed his talents, finding the back of the net from his first-time shot.

This goal was Boselli’s 99th for León, and the ex-Wigan forward is set to become just the second player to score over 100 goals for La Fiera. Mauro could yet overtake Adalberto López.

Lobos drop to last in the relegation table after bizarre defeat

Four defeats in five, Lobos’ thrilling start to the season seems a long time ago. They took Liga MX by storm with remarkable wins over Querétaro and Pachuca, but Lobos have dropped to one point per game, which would most likely see them go down.

The latest defeat, three-one at home against Morelia, sounds highly concerning, but there’s very little that can be learnt from a bizarre game of football.

Logically, this match shouldn’t have kicked-off. Heavy rain from the remains of Hurricane Katia created a waterlogged pitch. Water splashed up as players ran and the ball struggled to roll on the wet pitch.

The conditions made it impossible to play good football, cut up the pitch for future weeks, and could have led to injuries, but they made for a highly entertaining match.

This professional football match appeared more like a Sunday pub game as both sides struggled to deal with the wet pitch. Morelia’s first goal is the best example of some comedic gold that came out from this game.

Golazo of the season? ? #ligamxeng

To their credit, Morelia dealt with the pitch a lot better than Lobos, and were able to string together some impressive passing moves, considering the conditions. Two Raúl Ruidíaz goals, plus one from Diego Valdés put La Monarquía three up at half-time, and there was no coming back from that.

In dire need of some points, Lobos’ next game, against relegation rivals Veracruz, has taken on huge significance.