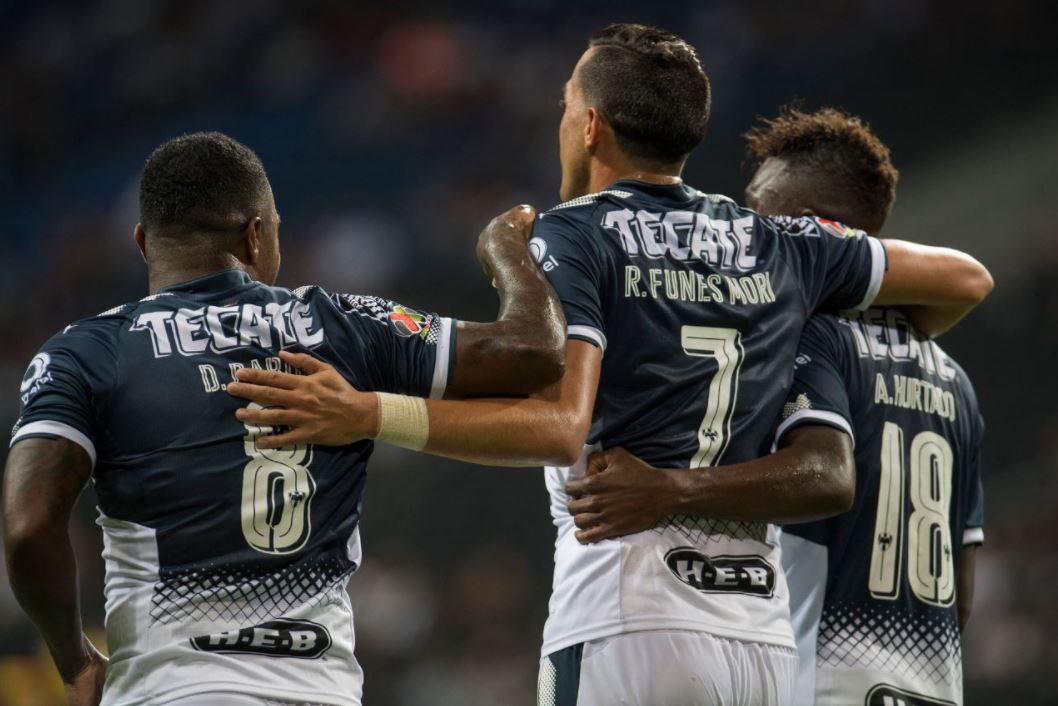 Top of the table, with a +11 goal difference after just seven matches, Monterrey have been clearly the best side in Liga MX so far this season. But why?

With the help of statistics from Sofascore and SoccerNurds, Tom Harrison investigates Antonio “Turco” Mohamed’s style at Monterrey, and what’s made it so successful.

Despite topping the table, Monterrey have the lowest pass efficiency in the league, at just 72.24%. This is vastly lower than the 88.88% of cross-city rivals Tigres.

There is also evidence that Los Rayados attempt plenty of long passes. 18% of all of Monterrey’s passes are classed as ‘long’, the fourth highest percentage in Liga MX.

Regularly playing direct, risky passes means Turco’s men consistently lose possession. However, it also means they’re extremely efficient at creating chances. Monterrey complete a key pass for every 27 passes attempted, which is twice as efficient as Tigres’ one key pass per 54 pass attempts. It’s also significantly better than the league average, which is one key pass for every 44 pass attempts.

One of my favourite stats:

With four goals in seven league games, Rogelio Funes Mori has silenced his critics, but his performances this campaign have been about so much more than just goals.

The Argentine is often the target of Monterrey’s long, direct passes, which instigate rapid counter attacks. Funes Mori has been involved in the ninth highest number of duels (defined by Opta as 50/50 battles over possession) this season, and has won a decent 47% of these duels.

When he wins possession, Funes Mori’s main job is to play in his talented attacking team mates; Avilés Hurtado, Dorlan Pabón and Carlos Sánchez. He’s done this extremely well. Only five players have completed more key passes than Rogelio in the Apertura, with all of these five having attempted more passes in total.

Funes Mori is then tasked with finishing any clear-cut chances or rebounds created by the work of Hurtado, Pabón or Sánchez. Again, this job has been completed superbly. Rogelio’s four goals have come from just eight shots.

Leave the dribbling to Avilés

Most of Monterrey’s attacking moves rely upon quick counters, risky, direct passes, intelligent off-the-ball movement and through balls, and Rayados have attempted the lowest number of dribbles per 90 minutes in Liga MX. Their 7.4 dribbles per 90 is, again, around half of Tigres’ 16.9, once again demonstrating how differently these two rivals approach the game. Monterrey has also been dispossessed less often than any other team in Mexico’s top flight.

Of Monterrey’s 52 dribble attempts, 27 have come from Avilés Hurtado, perhaps the best player in Liga MX at beating a defender in a one-on-one situation. Hurtado has completed 14 of these attempts, placing him third on the most dribbles list. The two players ahead of him, Brayan Angulo and Diego Valdés, attempt most of their dribbles from deeper positions than Avilés does.

Not attempting too many dribbles appears an intelligent decision from Turco. Around 50% of all dribbles in Liga MX are successful, meaning attempting one is rather high-risk. Monterrey already take enough risks through their passing, so are wise to keep their risk-taking via dribbles to a minimum.

However, Avilés Hurtado is so good at beating defenders in the final third, it would be a waste to not allow the Colombian freedom to use his talents.

Monterrey were extremely frustrating to watch last season. Turco Mohamed’s side were full of attacking talent, dominated plenty of their matches, and were able to regularly enjoy possession in the final third. However, they wasted far too much of this possession with ambitious long shots, mainly from Pabón and Edwin Cardona.

Shot happy Pabón has been somewhat reined in this season, he’s attempted the third highest number of shots this season, whereas in the 2017 Clausura he shot at goal 19 more times than anyone else in Liga MX.

More crucially, Monterrey have become a lot more efficient with their shots, perhaps as more are being taken from closer to the opposition goal.

A defence that doesn’t allow many shots

Monterrey’s devastating attack take most of the plaudits, but the defence, which have conceded just four goals in seven games, deserve praise.

One statistic sticks out though, with 68, Monterrey have conceded fewer shots than any other Liga MX side. Tigres trail by 12 in second, with lowest ranked Morelia receiving 46 more shots than Turco’s men.

Detailed statistics don’t illuminate a specific reason behind Monterrey’s lack of shots conceded, but the fact that they usually sit deep, as the counter-attack is their main source of attacking creativity, provides a probable explanation. By sitting deep, and staying compact, Monterrey’s defence are difficult to penetrate, and space in the final third is limited for their opponents.

Whatever the reason behind Monterrey’s defensive solidity, less than ten shots conceded per game is highly impressive, and a significant reason behind their success this season.