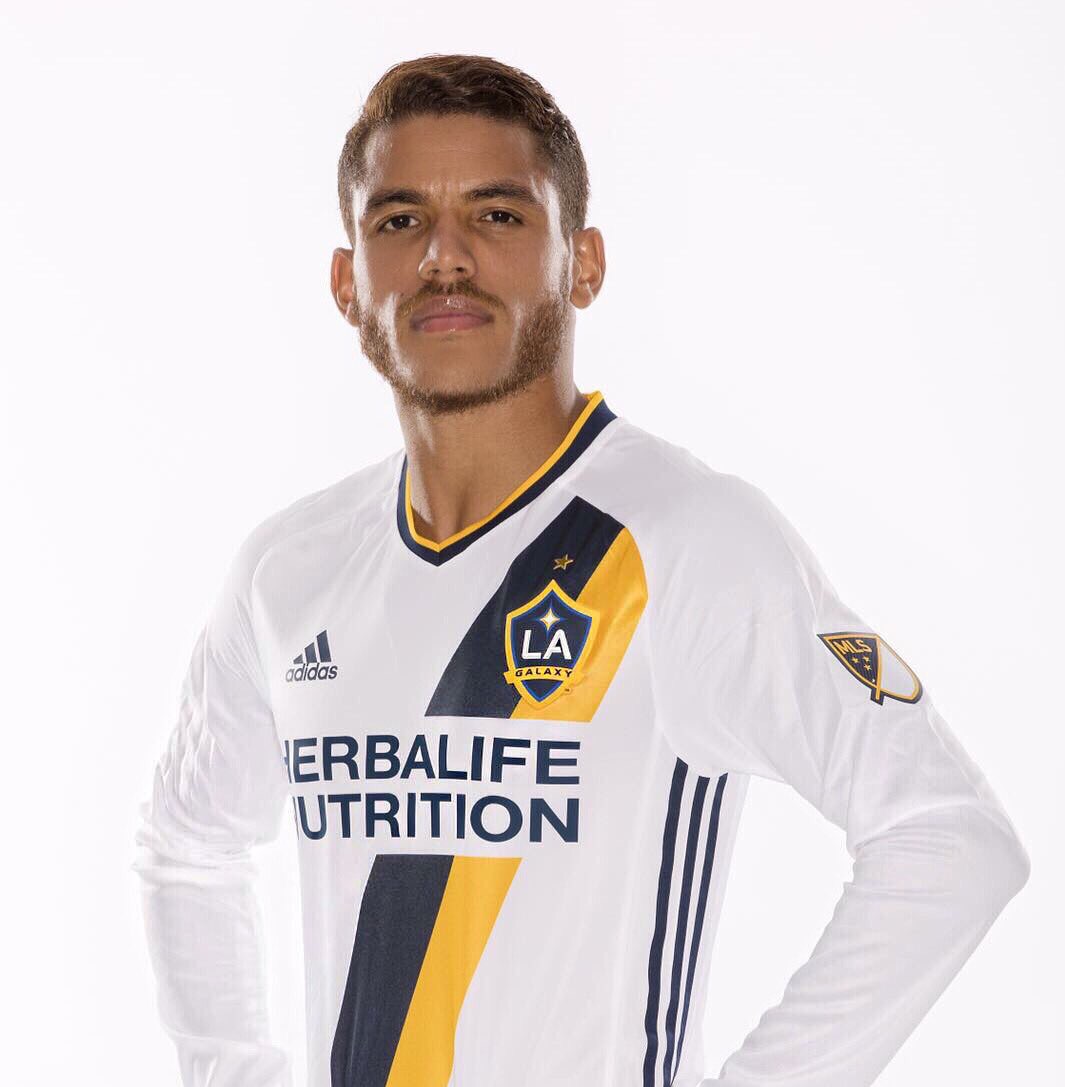 While the wage figures are rumored to be around $2M-$3M USD per season, the fee, which was about $7M USD, is relatively small by the standard of transfer fees clubs like Villarreal have received for their players. And the fee is pocket change relative to the more than $137M USD that Real Madrid have agreed to pay for Monaco starlet Kylian Mbappe, and potentially $260M USD that Barcelona could receive from Paris Saint-Germain for Neymar.

Understandably in some circles, Jonathan Dos Santos’ move away from Villarreal did not sit too well. After all, his brother was noticeably less sharp in his reading of the game, his passing, his technique, and his mentality. But many ordinarily would have thought it was due to Giovani Dos Santos’s love for the nightclubs–a stigma that characterized Giovani’s English and Spanish odyssey after his Camp Nou exit. And the terror that his “harder working brother” would want to join his brother in suburban Los Angeles in the land of vacation futbol with no fear of relegation (and no hope of promotion besides franchise fee payments), has brought out an intra-network dig between two different ESPN soccer personalities–Record and ESPN Deportes columnist and presenter David Faitelson and former USA international Herculez Gomez.

Faitelson notes that “Jonathan succumbed to the temptation of money without pressure or accountability for his play, while Herculez replied with a comment about Faitelson taking his position in Los Angeles with a nod to Faitelson wanting to be paid a little more. Faitelson later added that this idea of vacation fútbol would have been applied very well had Jonathan moved to Club America and played in Liga MX.

Herc’s argument, in reply, was that, implicitly, players only have a short window in their life where they can actually make life-changing money in their football, or have that time where they can enjoy the status of the career they made up to tha point. An injury, or the wrong situation at the wrong time can absolutely end that earning period at any point. But it’s money (and prestige) that can help the footballer’s entire family get out of cyclical poverty or worrying about making ends meet, and simply enjoying some cultural capital that he had earned from his football.

And when we start to look at the better footballing powers in the world, many do make their moves back to their home countries (if from the Americas) or to somewhere like Mexico, the United States, Turkey, China, Russia (specifically, to Zenit, CSKA Moscow, or Spartak Moscow), Indonesia, or in some cases England on the offer of significantly elevated post-tax wages.

We could count these sort of moves. Brazil international goalkeeper Diego Alves recently moved back to his native country to play for Flamengo after a number of years at Valencia. 21-year-old River Plate hit man Sebastian Driussi recently moved to Zenit Saint Petersburg, Anthony Modeste moved to Tianjin Quanjian. We could even talk about Andre-Pierre Gignac’s move to Tigres UANL, Carlos Tevez’s move to Shanghai Shenhua, or the moves of Fredy Guarin, Paulinho, Mario Rondon, Renato Augusto, Oscar, Ramires, Graziano Pelle, Hulk, and others to China (including to teams already mentioned) and elsewhere.

Although some of the mentioned players have seen a return to their national team, in many cases, the national teams could find effective replacements in either their home country or somewhere else among the journeymen. And their clubs have often found replacements–sometimes cheaper, sometimes more expensive–who could be similarly as effective as the player who left. And the national teams, in many positions, could go on without them because the cultures are producing or grooming many better players  (in all facets) who may be younger, more battle hardened, or both. (This also holds true with managers, but this space is not the place for that.)

And we now revisit the Jonathan Dos Santos move to LA Galaxy not from an El Tri perspective, but from the perspective of a Villarreal fan, the type of person to whom the directors deciding to offload Dos Santos have to be responsive, and not the El Tri fan somewhere in Mexico or the United States reading any of our Mexicans Abroad pieces at Fut. Mex. Nation.

We first remind ourselves that Jonathan Dos Santos is moving on a transfer fee of more than $6M USD, So what do the Yellow Submarines do?

The Yellow Submarines replaced him with 21-year-old Spanish midfielder Pablo Fornals, whom they bought from Malaga on a more than $11M release clause reportedly paid through Fornals himself.

In other words, they were willing to lose money on Dos Santos to possibly upgrade from the Mexico international and La Masia-trained volante to get the Spain U-21 international, one of Malaga’s emergent stars from the 2016-17 season.

In other words, Jonathan Dos Santos, who is indispensable to El Tri, was very replaceable for his club. The same can be said of another Mexico international talisman who has turned out to be very replaceable at the highest levels in Europe. He also happens to be El Tri‘s record goalscorer.

On his second return to England, Javier Hernandez is already a ‘known book’ at the age of 29. In terms of his goal scoring, ‘Chicharito’ fit a pattern. He would be prolific at scoring in his first year (or two) with his new team, and then as teams recognized that his scoring technique, (lack of) deception, lack of maliciousness, killer instinct, (hold up, dribbling, ball control, and passing) game were limited enough that teams could take away Chicharito’s effectiveness as a goalscorer.

At both Manchester United and Bayer Leverkeusen (taking away the short time where he had the proverbial cup of coffee at Real Madrid), both teams eventually found replacements, if not upgrades for the Mexican international who could score more efficiently, and against tougher, more physical, intelligent defending.

At Bayer Leverkeusen, the tactical instructions to erase Chicharito’s effectiveness without having to worry about Hakan Calhanoglu providing effective service for him because the Turkish international was serving a ban for breaching an agreement to play for Turkish side Trabzonspor were enough to not only see his coach Roger Schmidt fired and see his side knocked out of the UEFA Champions League in the group stage, it saw Kevin Volland, Julian Brandt, and teenager Kal Havertz being preferred over the Guadalajara native.

And already, in the context of West Ham United, Chicharito’s signing, in the context of the Hammers’ other signings, is raising concerns about West Ham’s prospect in the Premier League and the health of the club should they be relegated and not make an immediate return to the Premier League. This sentiment is captured by Football Espana‘s Colin Millar’s subtweet of a tweet shared by BBC Match of the Day presenter Gary Lineker.

West Ham are having a good summer window.

But on the national team, there’s a damning problem. Each time ‘Chicharito’ or Jonathan Dos Santos, or any of the Europeos had not been included, El Tri has played too predictably. Any sort of viveza or deception that was attempted became ineffective. The strikers could not finish. The approach in the midfield to the attacking third of the pitch, even with significant possession and pass completion rates in those parts of the pitch. Nobody could read a game.

That Mexico always looked second-best in effectiveness in a World Cup qualifier in the United States, and failed to effectively put away a team who had little more than combativeness in the Catrachos in the quarterfinal of the Gold Cup, and needed traffic cone levels of innocence in defending to get past easily beatable Curacao and El Salvador sides. Some of this is represented in complaints against Osorio’s rotaciones. But these were more question of commitment and an overall lack of leadership, guile, reading the game to find the right spaces at the right time to make a pass, run, control, shoot, tackle, dive, or provoke.

These were very much old questions, that reminded many of the various players who “were caught at unapproved parties” or whose relationship dramas were broadcast in public like any popular novela. These even extended to the coaches, whose dinners were a subject of Las Mananitas and whose political preferences led to federation and media ‘incumbents’ finding any excuse to provoke them to be sackable.

But ultimately, these questions of “commitment” are just as much questions of corruption, and a sense that genuine merit and ties to community are not rewarded, but being ‘old money’ or connected with the right local oligarchs (and monopoly men) and media companies, or the ‘state’, mean that the players (and ‘right’ managers) know that they won’t really be held accountable for their actions.

Players like Jonathan Dos Santos, ‘Chicharito’, Carlos Vela, Giovani Dos Santos, and Jesus Manuel Corona are told implicitly that they can do whatever they want, and make whatever move they want, without their place with the national team being questioned. And given Osorio’s attempts to bring competition for those ‘Europeos‘, they know that they’re untouchable–because as a footballing culture, Mexico is not healthy enough and ‘from and for the communities enough’, and accountable enough to form the kind of competition that force both coaches and players to constantly get better at all possible facets of their craft younger and sooner.

They also know that CONCACAF’s World Cup qualifying format, for the higher ranked teams in FIFA’s rankings at the right time, are the most forgiving in FIFA at the final stage. And Mexico’s players, coaches, and directors can get away with anything, including outright corruption and protection of incumbents, because of how easy it is to qualify.

Sure the new arrivals in Europe (and South America), Omar Govea, Hirivng Lozano, Uriel Antuna, Antonio Briseno, Joao Maleck, and Raul Gudino could turn out to be effective national team players. Maybe there’s hope for the likes of Rodolfo Pizarro, Joaquin Esquivel, Orbelin Pineda, or even Jurgen Damm. But for the most part, they too will realize how much one can get away with and not be out-competed for their place with the national team because there aren’t 20, 30, 50, 100, or 1,000 potential players who could replace them.

This kind of fundamental untouchability includes taking a high wage offer in a league with no real punishment for mediocrity and no reward for greatness. That includes a high wage move to a Major League Soccer or Liga MX franchise. And the sense of the football culture being unable to compensate for it.

To David Faitelson (and to the people reporting about the $4 billion TV deal MLS rejected because it forced USSF’s club structure into an open pyramid with promotion and relegation), we salute you for asking the right questions.

Jonathan Dos Santos’ Move to LA Galaxy Done
EL TRI VIEW – To Osorio, or not to Osorio
To Top