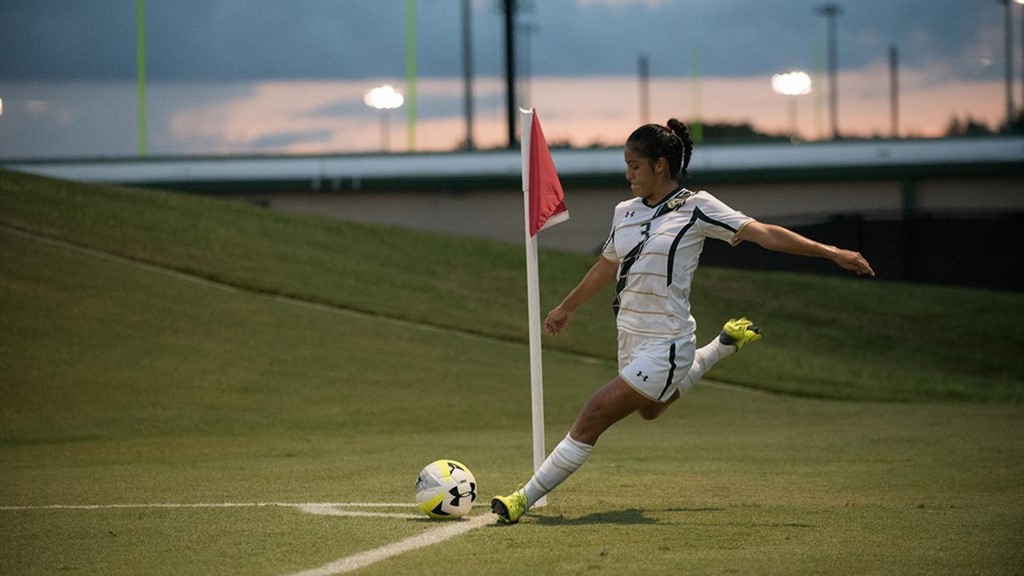 Mexicans Abroad will add another player to the list and this time, it will be the first time a woman goes on to play for the French League in almost 30 years.

Cristina Ferral, the 24-year-old University of Southern Florida graduate, is on her way to  sign with Olympique de Marseille.

The Mexican defender played 44 games in over two years while at USF. After graduating, she continued to pursue higher education by attending Tec De Monterrey for her Master’s Degree.

She has won five national championships with her state team ITESM Monterrey and was named MVP of the 2012 National Championship.

It was during her time in Monterrey that she was called up to play for the Mexico.

She won a silver medal at the pre-World Cup tournament in Costa Rica with Mexico’s U17 National Team. She also helped lead Mexico’s U20 National Team to a bronze medal in CONCACAF World Cup Qualifying.

The last player to play in the French League was former Mexican midfielder for the women’s team, Andrea Rodebaugh, who joined JFS Poissy back in 1989. She played for the national team from 1994 to 1999.

Ferral should sign her contract in the coming days and is expected to make the trip to France early next week.

Liga MX Feminil: What You Need To Know
To Top