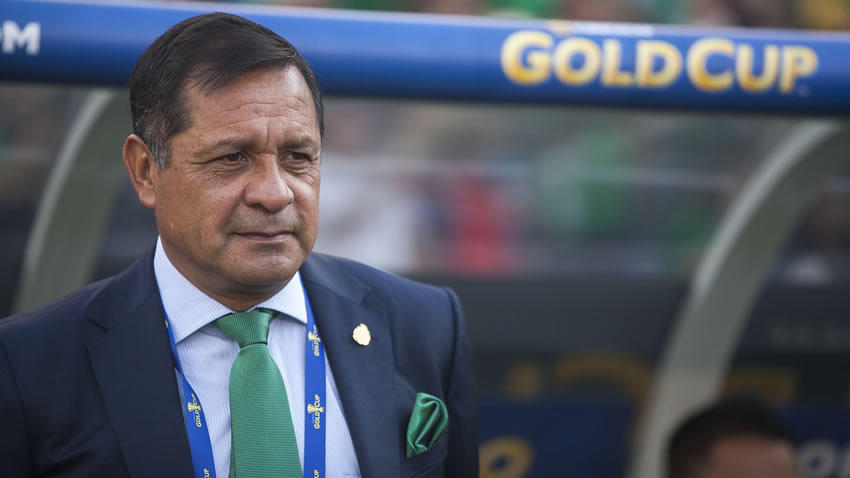 For Mexico, the opening group phase of the tournament might not have produced convincing displays from El Tri, but the team was able to escape through Group C undefeated, gaining seven points out of a possible nine.

The focus of the side led by Juan Carlos Osorio (and on matchday by Luis Pompillo Paez) now shifts to its quarterfinal bout in Glendale, Arizona against a familiar opponent.

Los Catrachos may have caused El Tri problems in the past, but during the Juan Carlos Osorio era, the side led by Jorge Luis Pinto have posed little problem for El Tri in World Cup qualifiers.

The Catrachos‘ own Gold Cup displays have been far from convincing. Without a forfeit win over French Guiana, the inability of Jorge Luis Pinto’s side to generate and finish many chances on goal would have been evident. (In fact, the side has yet to score a goal in this year’s tournament.)

It had been an approach in which had some parallels with Miguel Herrera’s approach to games, but allowed its players to be rougher and try to make its opponents more submissive to try to generate mistakes closer to the attacking goal, and prevent the side from trying to be brave in the attacking half of the pitch in how they break the Catrachos‘ defending–both collectively and individually.

Ultimately, that should play into the hands of Mexico’s attacks, and hitmen. The breaking diagonal passes and duels on the wing that defined the approach El Tri has taken on the pitch could provide plenty of goalscoring opportunities for the likes of Martin Barragan, Angel Sepulveda, Rodolfo Pizarro, and Elias Hernandez among others, depending on who ends up playing.

And the Catrachos‘ inability to finish goalscoring chances could allow El Tri to do something that it does not often do–ask its central defenders to push forward to either become bombers, spraying long balls over the top to break offside traps if Honduras decide to set them up, or assist in possession to better generate numerical advantages against the Catracho defenders with little consequence of getting hurt on the break.

But the Catrachos, or El Tri, should they get into a defensive shell for long spells in the match, do not have to play 120 minutes of scoreless football for their chance at glory in a penalty shootout. The penalty shootout in the quarterfinal and semifinal rounds of the Gold Cup will all take place immediately after second half stoppage time has concluded. Penalties will take place after any match that finishes the 90 in a draw of any kind, regardless of what the score of the draw is.

Still, there are concerns with El Tri. Juan Carlos Osorio wanted to bring in three reinforcements for the knockout phase, including Jurgen Damm and Rodolfo Cota, but could not get clearance from the players’ clubs to release the players. While many people are criticizing Osorio’s rotaciones, the moments where El Tri are lacking the tactical and football intelligence, maliciousness, and collective skill are happening far too often regardless of how many or few players and “positions” Osorio changes from match to match.

And former Mexico and Club America manager Ricardo La Volpe thinks the problem is that players are not willing to take the initiative, and be protagonists. “We are giving a message to the world that we do not have great figures or leaders and that they do not see us in danger as a power. This is not only a matter for the coach, I think it is a very important point of the players themselves , because I am surprised that, in a dialogue with the coaching staff, do not talk about ownership, ” El Bigoton noted in a Facebook post.

“Perhaps the question we should ask ourselves is if our players want to take the responsibility of being leaders of this selection and committing to very large goals.”

The question is who, among the players Osorio has selected for this Gold Cup tournament, would take that initiative. The answer to that question could be had when the match kicks off, which is at 10:30 PM Eastern DST. The match can be seen on Fox Sports 1, Univision, Univision Deportes Network, and Fox Soccer Matchpass.