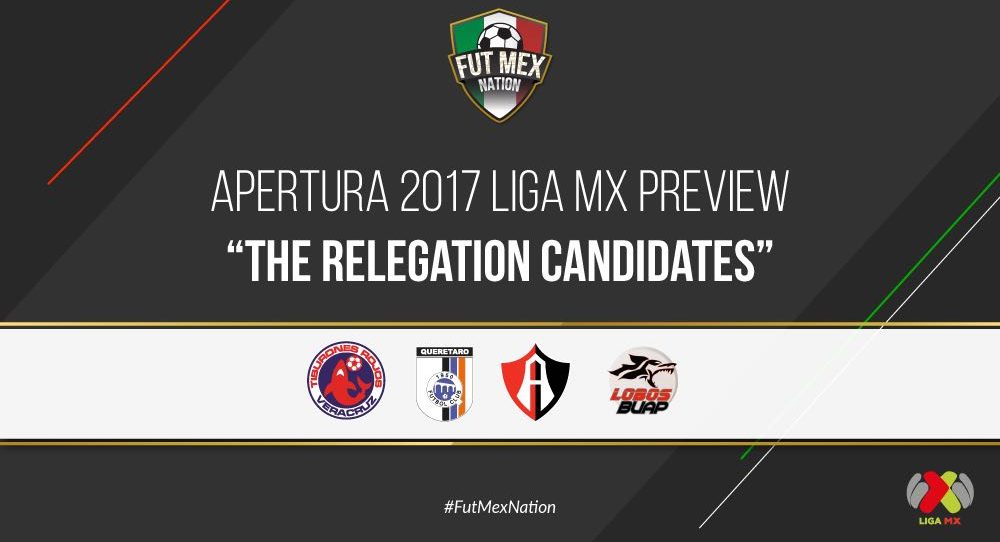 With the new Liga MX season fast-approaching, Tom Harrison brings you an in-depth preview of every single team. Including their key transfers, possible line-up, the view from a fan, and Tom’s analysis. In part one, Tom looks at the sides that are most likely to be involved in the relegation battle. However, knowing Liga MX, these sides could possibly blow off their relegation worries and make it into liguilla.

Having finished a lowly 15th in the Apertura, before only just making the Clausura play-offs, Lobos’ promotion was certainly a surprise. The Wolves made the most of their strong end of season form, winning three of their last four regular season matches before going unbeaten during their eight play-off games, six of which Lobos won. The final wasn’t straightforward though, with BUAP coming from 2-1 behind at one point to beat Dorados, who were the stronger side across the whole Ascenso campaign.

Lobos have entered Liga MX in a similar fashion to Dorados in 2015 and Leones Negros the season before. A large number of loaned re-enforcements have been brought in, and the challenge now is to gel a largely new squad.

The man tasked with this challenge is Rafael Puente Jr., an interesting young Mexican coach. After retiring early, Puente moved into acting, and then commentary and punditry for ESPN, with a short spell as chief operating officer for Chivas in-between. The 38-year-old became Lobos BUAP DT in October 2016, and was able to gain promotion at his first attempt. 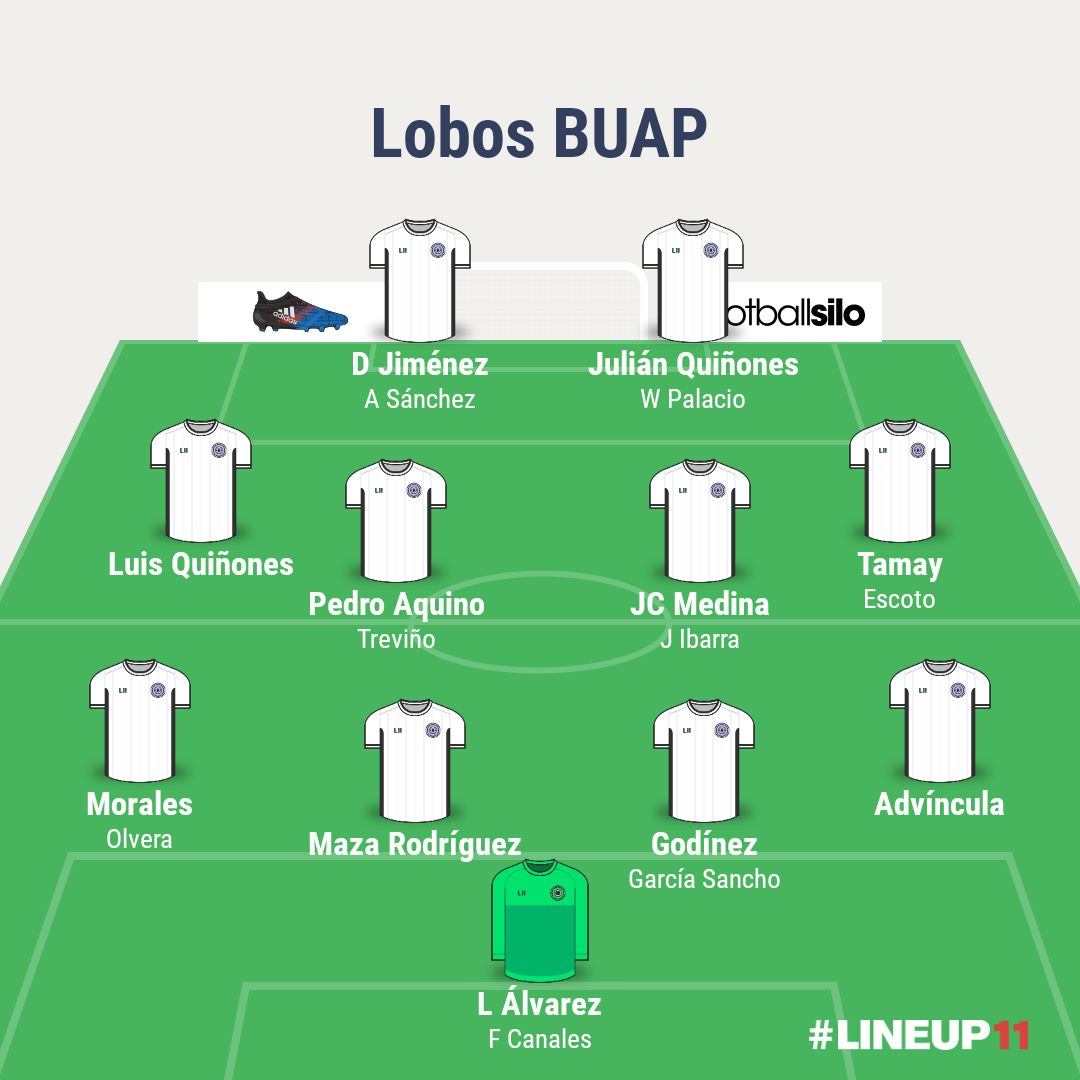 There’s plenty of Liga MX experience through the likes of Francisco “Maza” Rodríguez, Juan Carlos Medina and Carlos Adrián Morales, plus exciting young talent in the form of Alfonso Tamay, Julián Quinones and Pedro Aquino, a Peruvian international. However, on paper, this squad doesn’t appear to match up to many Liga MX sides. It also remains to be seen whether the experienced players, who sat on the bench for the majority of last season, are still up to the task, and whether the youngsters can make the step up.

Lobos do have some proven class in the side though. Winger/forward Luis Quinones was a culprit of Tigres’ ridiculous squad depth, but excelled during his loan spell with Pumas, whilst Luis Advíncula has plenty of European experience. Furthermore, don’t write off the possibility of key performers from the Ascenso adapting to life in Mexico’s top flight. Striker Diego Jiménez, scorer of 45 Ascenso goals in his previous three seasons, is one to keep an eye on.

The view from the fan- Adrián Becerra (@ABCrra)

It’s been a hard start for Lobos BUAP in this pre-season. Lobos BUAP began preparations for this season with three loses in three games. First against Alebrijes de Oaxaca (3-2), then with Cafetaleros de Tapachula (2-0) and finally versus Club Puebla (1-0), it seems a difficult and concerning way to start the Liga MX season. Despite this, “werewolfs” coach, Rafa Puente, has shown positivity because he the results to one side and focused on how the matches benefited the functioning of the the team. Puente has had a good amount of time to experiment with the players who got Lobos promoted to Liga MX, and the new signings, in order to confirm tactics before the season starts against Santos in the Universitario BUAP stadium. 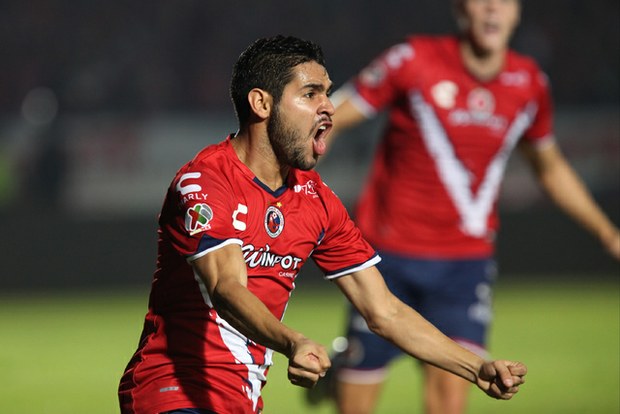 Written off as relegated by almost everyone, up stepped Juan Antonio Luna, for his second spell at the helm in Veracruz. His achievements were truly remarkable.

Los Tiburones Rojos had been built as a side setup to defend for the majority of matches, and make the most of set-pieces and aerial opportunities with Carlos Reinoso’s direct style. Luna rapidly changed all of that. Out went target men Eduardo Herrera and Agustín Vuletich, in came Ángel Reyna as a false-nine, supported by the diminutive figures of Adrián Luna and Leandro Velázquez. Out went the long balls and long throws from the half-way line, in came a much shorter passing style.

Veracruz won three of their final five matches with this new style, and secured survival with a game to spare.

Luna has rightly kept his job at Estadio Luis de la Fuente, and seeing how the 58-year-old can build on the success at the end of last season will an interesting watch. With Veracruz sitting below 1.1 points per game in the tabla de cociente right now, board patience will be minimal, but if they can pick up where they left off, Luna’s Veracruz may please some neutrals that are currently unimpressed by the club’s off-the-field organisation. 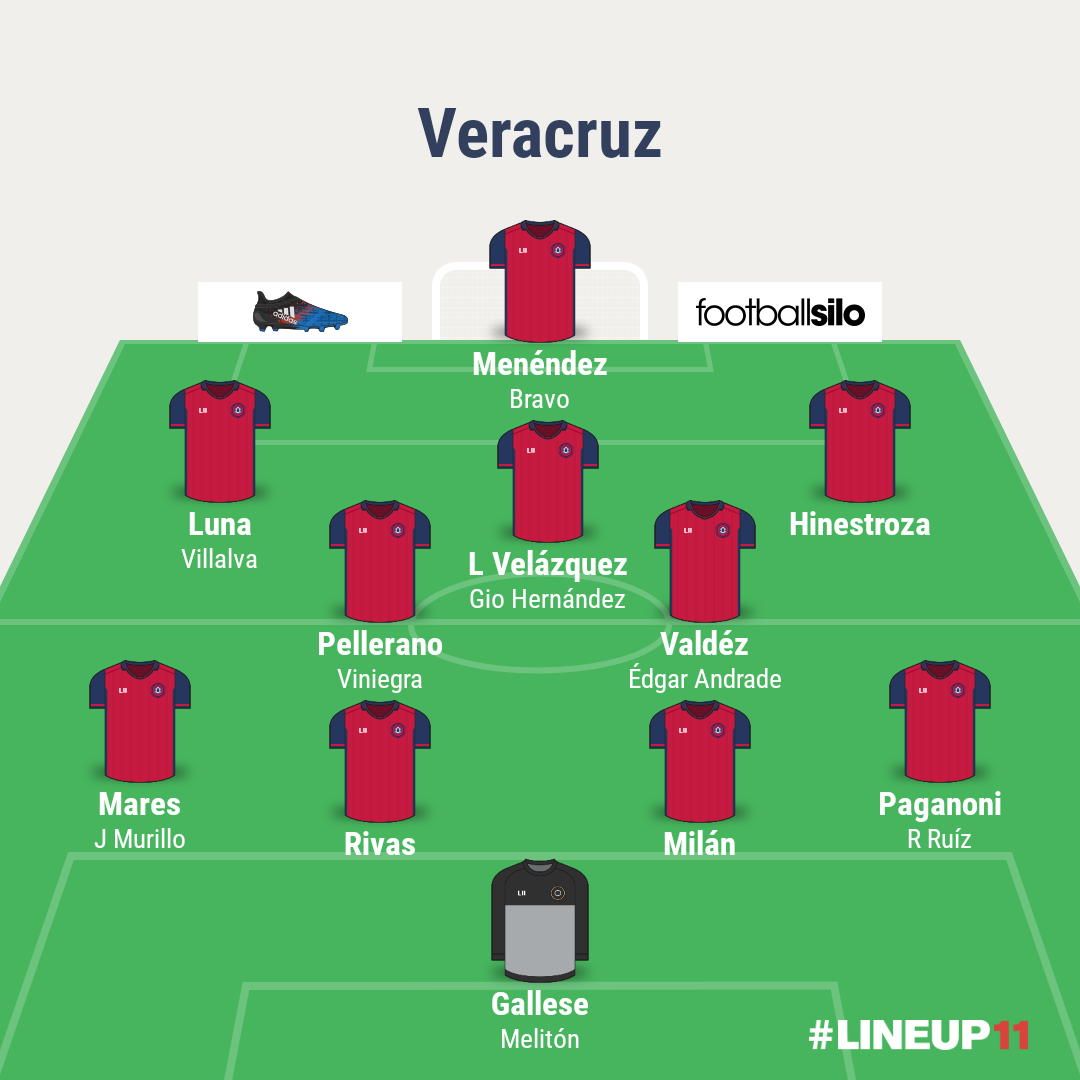 Veracruz’s main additions have come in defence, where it appears they’ve done some solid business. Centre-backs José “Palmera” Rivas and Guido Milán, brought in from Metz in France, have the potential to develop a good partnership at the back, whilst Osmar Mares and Richard Ruíz add depth at full-back.

Egidio Arévalo Rios will be missed in midfield, but keeping Cristian Pellerano and adding Cristian Valdéz were good moves, as was the signing of Giovani Hernández, with the former Chivas prospect coming off the back of a strong Ascenso campaign.

In attack, the big question is who will lead the line. Argentine signing Cristian Menéndez has a decent goal scoring record over recent seasons, but nothing special. Martín Bravo hasn’t been the same player since he left Pumas, and lost some of his pace. Ángel Reyna, who played as a false-nine towards the end of the season, has surprisingly left. If Juan Antonio Luna wants to continue with a false-nine, Daniel “Keko” Villalva might get the nod.

Overall, this Veracruz squad appears stronger than last season. With Luna at the helm, and a crop of exciting attacking talent, Los Tiburones Rojos may prove entertaining in 2017/18. 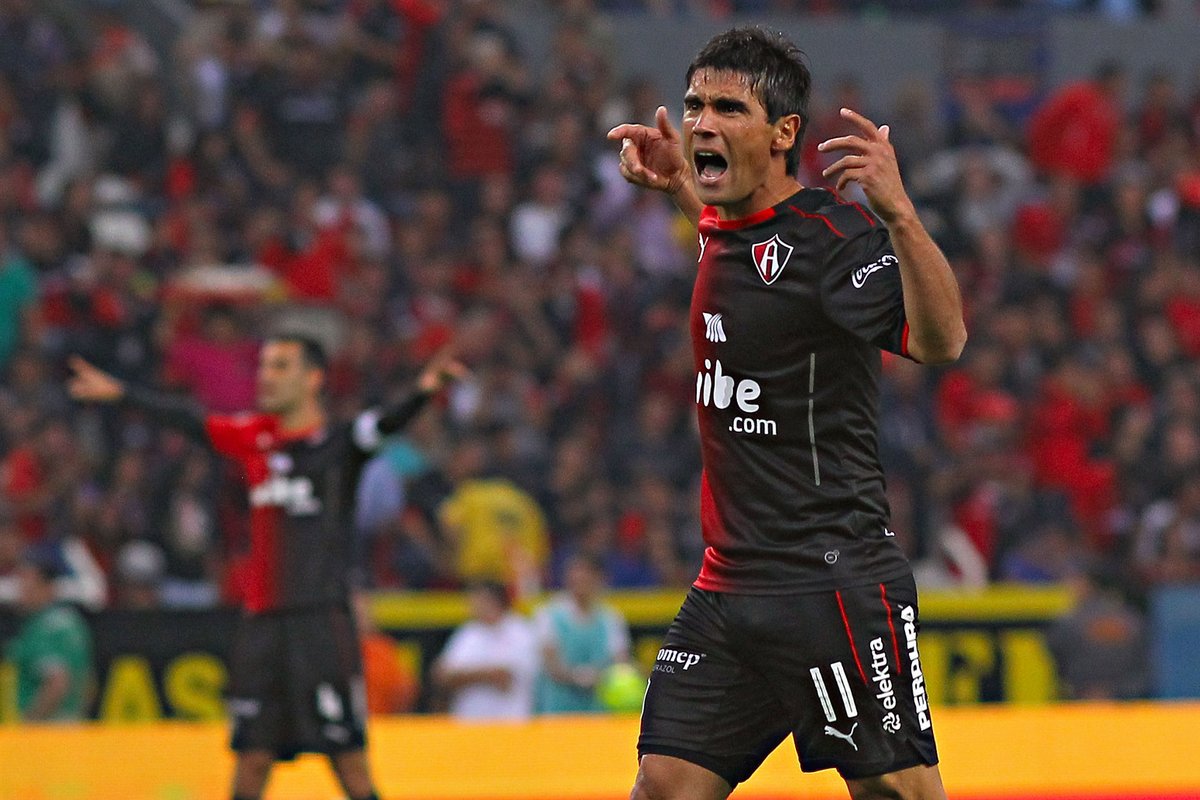 One of the quirks of Liga MX’s relegation system is that a team can come off a strong season, keep together the majority of the squad, and become major players in the battle to survive the drop. After losing a large number of points from the 2014/15 campaign, this is the situation that Atlas now find themselves in.

Considering that the bulk of the squad that exceeded expectations have been kept together, many will expect Atlas to ease away from any relegation troubles, but things are never that straightforward in Liga MX. A league where a side’s fortunes can change so quickly.

On the transfer front, many were surprised to see Daniel Álvarez and Martín Barragán depart for Necaxa, with the pair coming off the back of their strongest seasons for Atlas.

Fans of Los Rojinegros shouldn’t be too concerned though, target man Milton Caraglio is perhaps more useful than Barragán in an Atlas system which prioritises attacking via the wings and crossing. Meanwhile, Daniel Álvarez hasn’t quite matched the early promise shown, and leaving Estadio Jalisco opens up more opportunities for the likes of Bryan Garnica and Edgar Zaldívar. 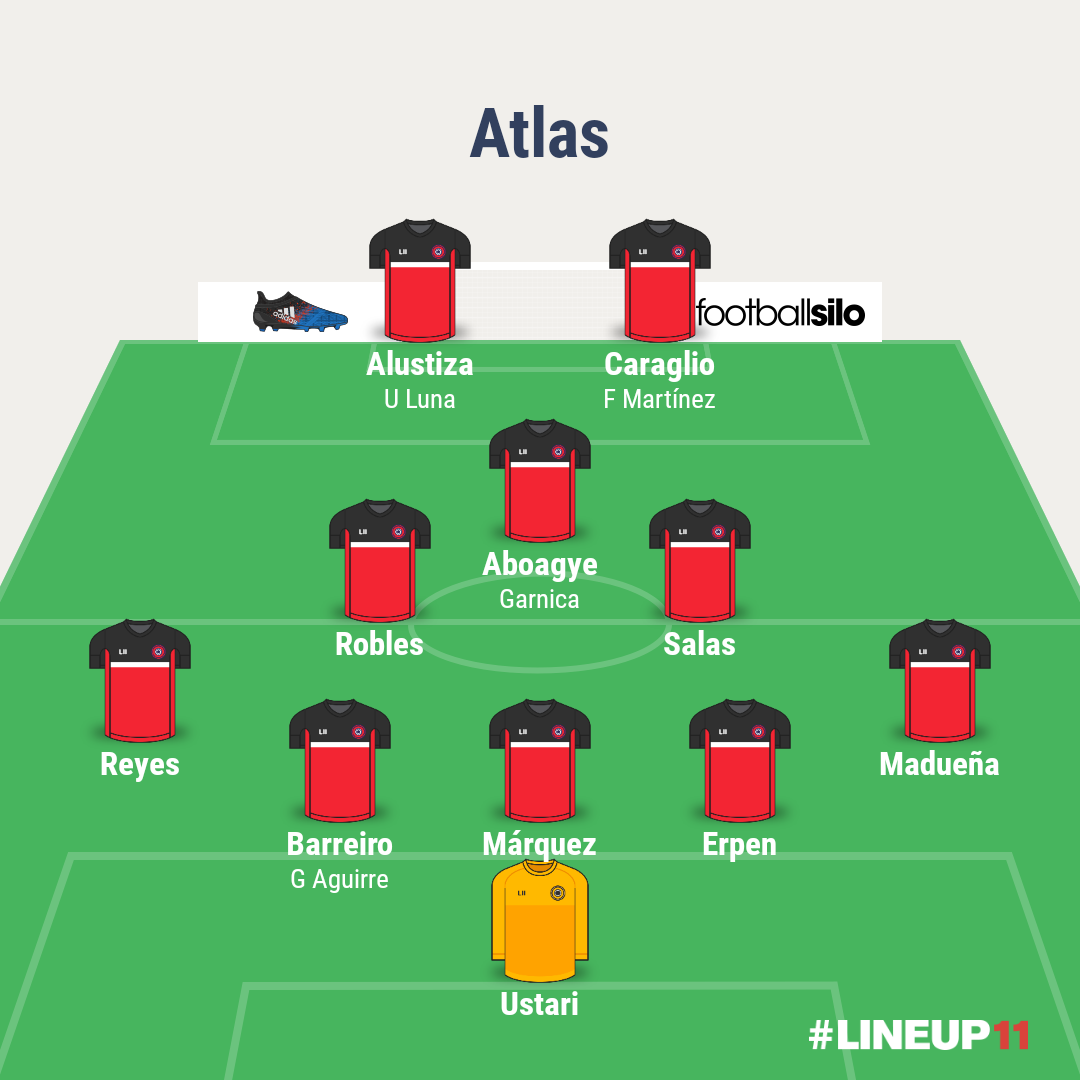 It’s tough to predict exactly which formation Atlas will use next season. José “Profe” Cruz used both the 5-3-2 and 4-4-2 last season, but often went for the 5-3-2 when Clifford Aboagye was fit, in order to use him in a central role, where he’s move effective.

The formation doesn’t impact Atlas’ style of play too much though. The focus will be on wide play, mainly through attacking full-backs Luis Reyes and José Maduena. Caraglio offers a great target to cross to when Atlas find success out wide, whilst Matiás Alustiza will be expected to find goals for yet another season.

In midfield, Luis Robles and Javier Salas are a quality defensive-midfield pairing, proving great cover for the defence, and balance when the full-backs push forward. They also provide a platform for the classy Aboagye. The Ghanaian appeared to improve each week as he settled into life in Mexico, and has the potential to become one of Liga MX’s best creators.

After Grupo Salinas took over the team in 2014, Atlas fans have been even more impatient and have been demanding more than ever before. Although avoiding relegation should be a priority, I still see Atlas making the playoffs again. After keeping the core of the team together through the draft (which was a struggle before) and with the arrival the former Xolos forward, Milton Caraglio, I can see them finally getting to the semifinals for the first time since 2004.

Atlas News English will be providing news, updates and opinions on all things Atlas, throughout the upcoming season. You can follow them here. 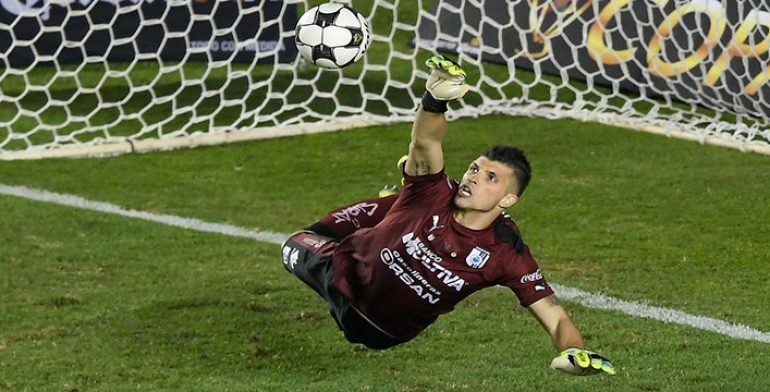 Victory in Copa MX, thanks to Tiago Volpi’s extraordinary performance, made last season a success, but Querétaro struggled in the league, and appear to be on a downwards trajectory.

Results picked up when Jaime Lozano took over, but statistics showed that these results were only earnt due to quality displays from Volpi, and a spell of potency in front of goal. During Lozano’s first seven league matches, Querétaro scored once for every four shots attempted.

This efficiency in front of goal was never going to be maintained, and with Los Gallos Blancos managing the fewest shots in Liga MX in the 2017 Clausura, it was no surprise to see them drop to 15th by the end of the season.

Querétaro have been quiet in the transfer window, suggesting that either Lozano has faith in his current squad, or that management at Estadio Corregidora don’t trust “Jimmy” with the funds to put together his own side.

With few signings, it may be expected that Querétaro will pick up where they left off, but there has been some addition of quality. Colombian defender Alexis Pérez has played for his national Olympic team, Javier Guemez was superb during his time with Tijuana, whilst Erbín Trejo has shown class since breaking into the Toluca side.

However, the return of main creator Neri Cardozo to Monterrey after his loan spell ended is a massive blow. Cardozo lead the assist table in the 2017 Clausura. 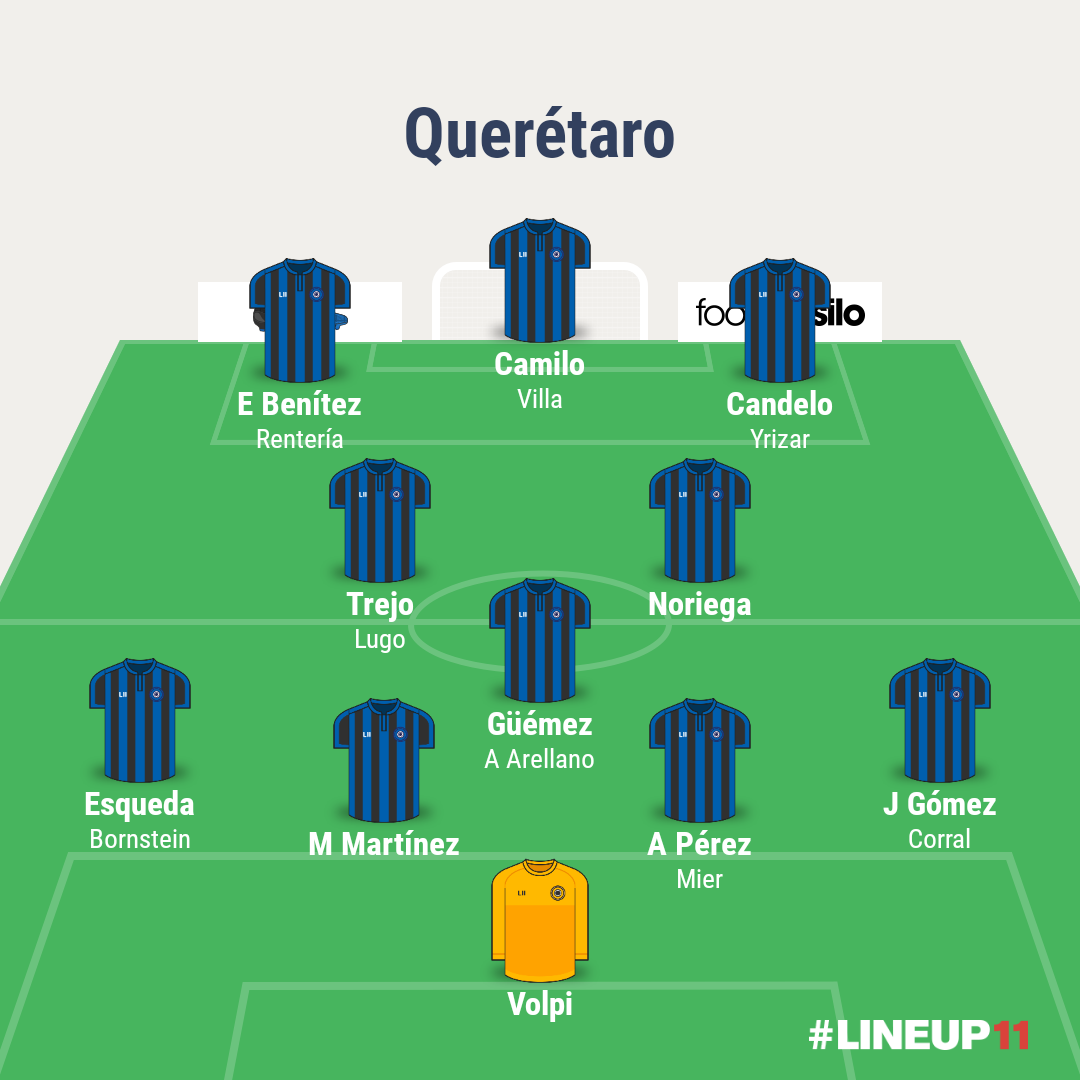 On paper, Querétaro are one of the weakest sides in the league, and have a very thin squad.

It’s not without some quality though. Tiago Volpi is the best keeper in Liga MX to many, and will earn Los Gallos Blancos plenty of points if they keep hold of him. At the other end of the pitch, Camilo Sanvezzo has remarkably re-discovered his form following two cruciate ligament injuries. Few Liga MX strikers are as effective as Camilo.

The key for me is getting the best out of Yerson Candelo. With an excellent eye for a pass and tricky dribbling, Candelo is the Querétaro player most capable of conjuring up with a moment of magic. We’re yet to see Candelo put together a string of quality performances though, and perhaps he could be more effective playing as a “number ten”, rather than out wide.

If Candelo and Camilo don’t perform, and a few injuries in attack are suffered, Querétaro could really struggle to find the back of the net. A foreign addition in the coming weeks would help significantly.

Typically there are no new faces in the squad that can make a huge impact. A new face that I believe will be a regular starter is Guemez. This is Jaime Lozano’s first job as a manager but what makes him special is that he is a leader. When he was playing football, Jaime Lozano would often stick out as being the leader on the pitch. With this it will certainly boost the morale of the players but poised with inexperience, unpredictability lies in the future, As for now, I remain skeptical off Queretaro making it in playoffs. Right now my prediction is Los Gallos will be in mid table.