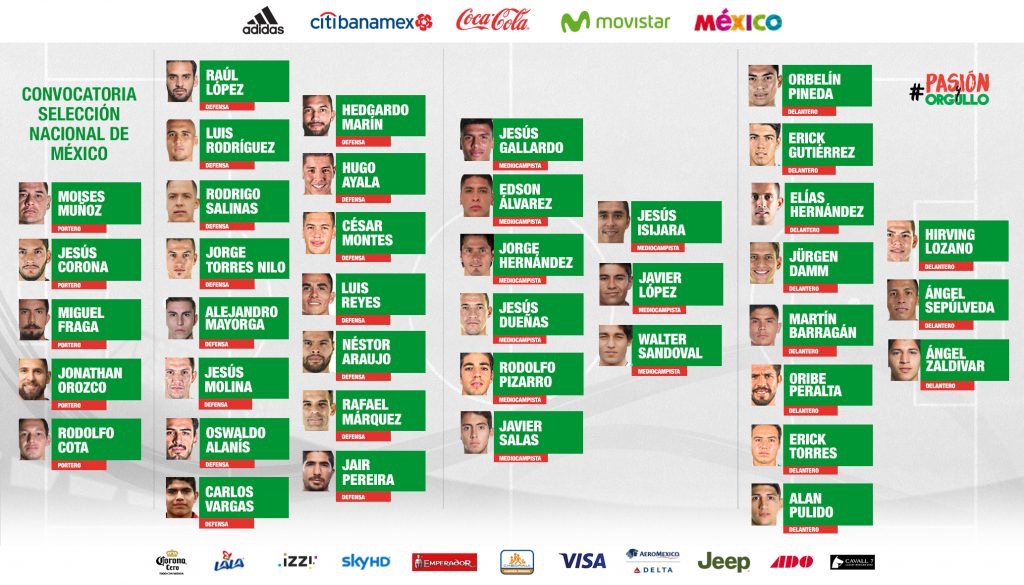 The preliminary Gold Cup side is entirely made up of players who ply their trade in North America, including Houston Dynamo’s Erick Torres.

The squad also has a distinct Rebano flavor with ten Chivas players featuring in the side, including one player, Alejandro Mayorgal, who has yet to make his first team debut with the team.

Mayorgal is one of many players who would be receiving their full Mexico debuts if he were to make it into Juan Carlos Osorio’s final Gold Cup squad. Edson Alvarez, Cesar Montes, Miguel Fraga, Jesus Isijara, and Carlos Vargas are among the other new faces in the side.

After the match against the United States, Osorio will name his 23-man FIFA Confederations Cup squad. At that point, Mexico’s final Gold Cup squad will start to take shape.

Here is Mexico’s full call-up list for the 2017 Gold Cup.

EL TRI-VIEW – What Will Make Summer of Soccer a Success?
Gentlemen’s Agreement – Is the Chivas Comet Here to Stay?
To Top