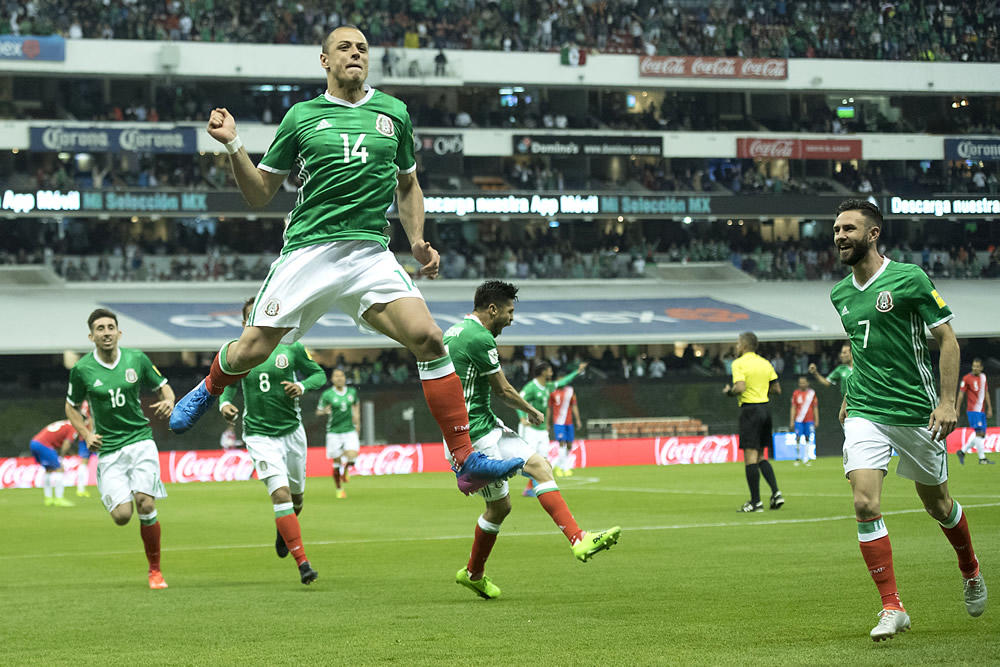 Mexico have amassed an impressive record under Juan Carlos Osorio since the Copa America Centenario, especially in World Cup qualifying, with the side yet to lose in any game it has played.  But the criticisms of Juan Carlos Osorio’s El Tri of players being unsure of their roles in his system are still there. And the 2017 FIFA Confederations Cup still looms ahead.

Saturday presents an opportunity for Mexico to play an elite-level European opponent who are also preparing for a World Cup qualifier against Iceland, and thus need to get as much information as they can out of a good opponent.

The opportunity to test their play against a side that could feature three players who play the UEFA Champions League final on Saturday, June 3 is not lost on the Mexico squad. “Coming here is a great opportunity to grow,” Reyes noted in the press conference today, “I am very happy, every time there is a more complete and solid group.”

When asked about the goal of Mexico’s friendlies, including the one tonight, Reyes also added, “These games are used to find out if you’ are in [good enough shape both in your football] and physically.”

Juan Carlos Osorio also explained to the press conference about a recent development regarding one of the goalkeepers in his call-ups, who would not be traveling with the team to Los Angeles and New York. “Unfortunately [Jose de] Jesús Corona was not well physically to continue with us,”  the Colombian noted, “We hope to have him in the near future.”

Osorio’s side will not just be without a goalkeeper, who may be replaced by Chivas netminder Rodolfo Cota after Sunday’s return leg of the Liga MX Clausura 2017 final. He has had to deal with the departure of Santiago Banos from his post as sporting director of the national team to take on a similar role at Club America. “Santiago Banos was important. He is a football man, “Osorio explained. “I respect his decision, we will be eternally grateful for his contribution [to the national team].”

It is against the Vatreni that another giant Americanista shadow looms over El Tri for the match. When Mexico last played Croatia, it was under now Club America boss Miguel Herrera, where they defeated their opponents on Saturday 3-1, behind a couple of well-executed set pieces and a well-timed counter-attack.

Many who crave the intense, entertaining, candid approach of El Piojo would be looking at Osorio’s team with a prejudice toward that 2014 triumph. What is often lost is that it was the Vatreni, as could potentially be on Sunday, that could create the more dangerous chances on Sunday.

Even if the Champions League trio of Mario Mandzukic (Juventus), Matteo Kovacic and Luka Modric (Real Madrid) could not join the team, Croatia’s midfield cannot be dealt with by an innocent approach. Ivan Rakitic, Milan Badelj (Fiorentina), and Ivan Perisic (Internazionale), as well as Marcelo Brozovic (Internazionale), should already be known to many of Mexico’s players, as is defender Tin Jedvaj (Bayer Leverkeusen) and striker Nikola Kalinic (Fiorentina). But less experienced contributors, like central midfielder Marko Rog (Napoli) and attacking midfielder Mario Pasalic (AC Milan via Chelsea), can surprise Mexico’s defensive tandems with a malicious breaking pass, dribble, shot or press from multiple areas of the pitch. And one player, Caen striker Ivan Santini, is making his full international debut.

With key defenders and attackers potentially missing, El Tri‘s squad, whomever starts, can expect to create plenty of chances. While Orbelin Pineda will not be there to amplify Mexico’s press and bravado in front of goal, Hector Herrera, ‘Tecatito’ Corona, Jesus Molina, as well as Andres Guardado could all be midfield authors, whether they come from wide areas, or operate more directly within the match.

And they could represent situations in which Mexico, as they would have to do in their Confederations Cup group, have to break up organizational situations that their opponents, particularly Portugal and the Sbornaya of Russia, are fairly adept at operating within.

But the collective objective may not matter so much. Nine players out of the squad (including Giovani Dos Santos, who will not be playing the friendly matches) would not be called in for World Cup qualification and Confederations Cup duty.

The friendly kicks off at 7:30 PM Eastern DST (6:30 PM Mexico City DST, 4:30 PM Pacific DST) and can be seen on Univision and Univision Deportes Network.

Where to Watch the Liga MX Clausura 2017 Final and Mexico Friendly Against Croatia
Croatia 2, Mexico 1: Chicharito’s record-breaking goal not enough for El Tri to overcome an experimental Vatreni.
To Top