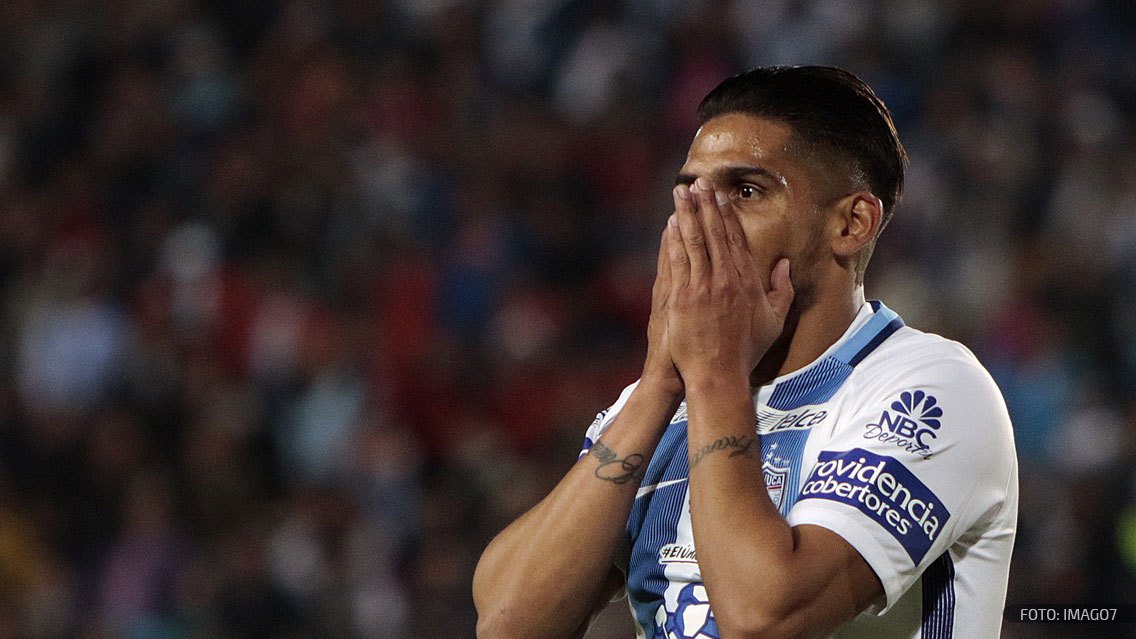 During the past few seasons, Pachuca have been one of the most entertaining teams to watch in Liga MX. A mix of exciting young talents, quality foreign recruits, a style that’s easy on the eye and plenty of goals has made Los Tuzos enjoyable viewing. This season, Pachuca have been far less interesting to watch, mainly due to a massive reduction in goals.

To back this up, here’s the average number of goals in Pachuca games (for and against) across the past five short seasons:

Looking just at goals scored, this is Pachuca’s per game average over the last five competitions:

So far, Pachuca games during this Clausura have contained fewer than half the number of goals in Apertura 16 Pachuca matches, and they’ve averaged well-below a goal scored per game. A remarkable decline.

The sale of Pizarro

The most obvious explanation for this decline in goals is the sale of Rodolfo Pizarro. One of Pachuca’s star trio, Pizarro was developed from an attacking right-back into an attacking midfielder by Diego Alonso. It took a while for Pizarro to become accustomed to this role, but once comfortable, he became a massive player for Los Tuzos.

Rodolfo wasn’t often capable of going past defenders with pace and dribbling, but he was always able to create in other ways. Pizarro created space with intelligent movement and a strong work-ethic, and made opportunities through incisive through balls and intelligent link-up play. The now-Chivas man also chipped in with six goals during the 2015/16 season.

Pizarro’s replacement at attacking-midfield is Víctor Guzmán, an ex-Chivas youth player. He’s a significant decline on the quality of Pizarro.

Guzmán is a solid midfielder, but his talents lie more in the defensive side of the game. Víctor works hard in the attacking-midfield role, but doesn’t have the attacking technical or mental attributes of Pizarro. Adding together goals and assists in 2016/17; Pizarro has averaged 0.33 per game, despite injuries, whilst Guzmán has got 0.23 per match.

There must be more to it than the loss of Pizarro though. “Rodo” only started four times during an injury-hit Apertura, and Pachuca managed to score 36 times.

Pachuca haven’t scored in their previous four league games. In their last three matches, Diego Alonso has used players out of position in order to replace injuries, and fit more youngsters into the starting line-up.

Víctor Guzmán was twice used as a false-nine, where he offered very little as the focal point of attacks, whilst Erick Aguirre played as a left-winger against Morelia. Neither of these two are attacking players, and using them out of position in forward roles has reduced the attacking threat of Los Tuzos.

'Alonso can’t afford to sacrifice his side’s attacking threat in order to play a youngster'#ligamxeng reviewhttps://t.co/2jFO27JEFY

These defensive decisions are hard to understand. The best explanation is that Alonso wants to develop Guzmán and Aguirre, and is willing to fit them into the side wherever possible.

With a liguilla spot far from secure, it’s a risky policy, and Alonso may have been able to find goals in Pachuca’s previous four games had he played backup attacking options. Braian Rodríguez, Juan José Calero, Roberto Alvarado and Francisco Figueroa have come off the bench in recent matches. Calero, Alvarado and Figueroa are all teenagers as well, so would have filled Alonso’s aim of developing youth.

Hirving “Chucky” Lozano is currently on a ten game Liga MX goal drought. This comes after the Mexico international scored seven times during the Apertura, and then a hat-trick in the opening jornada match against León. Interestingly, Chucky’s last goal drought, eight games during the 2016 Clausura, also came after scoring a hat-trick.

It’s been difficult period for Chucky. Lozano is evidently frustrated at the moment, and has repeatedly used social media to share images of injuries sustained during Liga MX matches. Chucky is the most fouled player this Clausura, but his apparent anger over a perceived lack of protection from referees may have more to do with his domestic goal drought rather than the fouls.

Frustration has boiled over at times, as Lozano’s showed his lack of maturity. Only three players have committed more fouls than the Pachuca winger this season, and Chucky’s picked up five yellows and a red card from his 27 fouls.

Often enigmatic and frustrating, Rubén Botta struggled to get into top gear during his time at Pachuca. Many of his ideas didn’t come off, but Botta did offer a spark of creativity, an ability to produce something out of nothing. The ex-Inter Milan man also chipped in with a few goals, four from five starts in 2016/17 in Liga MX.

Botta is very unlikely to have had a major role in Pachuca, but had they kept him, Rubén may have been able to create opportunities during sporadic appearances. Rubén is much more suited to an attacking-midfield or false-nine role than Víctor Guzmán, and had he been playing there instead of Guzmán, Pachuca would probably have scored more this season, although they may have conceded more too. Five of Pachuca’s 11 goals this Clausura came in the three games that Botta started before he left to San Lorenzo.

Whilst Pachuca sit in mid-table when it comes to shots on target, proving that there’s room for improvement in chance creation, their finishing has been the biggest problem. Averaging one goal every 16.8 shots, Los Tuzos are statistically the least efficient Liga MX side in front of goal this Clausura.

Removing Lozano’s hat-trick and Franco Jara’s four strikes, Pachuca have only found the back of the net three times this season, with two of these goals coming in the game at Tijuana. Clearly there’s an over-reliance on Chucky and Jara. Alonso needs to find ways of increasing goal contributions from the rest of the squad.

Another possible explanation for Pachuca’s lack of goals in Liga MX is their taking-part in the CONCACAF Champions League. Los Tuzos have made it to the final of the competition, having beaten FC Dallas with a last minute Lozano goal. Chucky has been in much better form in the CCL, scoring against Saprissa as well as his crucial double versus Dallas.

Pachuca may have their eyes fixed on the continental competition, and a potential place in the Club World Cup, which could have lowered performances in Liga MX. In particular, Alonso’s side may be playing a slower style in Liga MX in order to conserve energy, leading to fewer goals in their matches.

Pachuca face a crucial month, on two fronts. Los Tuzos have made it to the CONCACAF Champions League final, where they’ll face Tigres, and are currently sitting in Liga MX liguilla spot.

They head into this spell in disappointing form. Diego Alonso’s side have failed to score in their previous four league games, and required individual magic from Chucky Lozano in order to see off FC Dallas in their CCL semi-final.

If Alonso can re-find a balance between defence and attack, which has been missing in his recent line-ups, and attackers Lozano and Jara can re-discover their best form, Pachuca could have a highly successful month. However, recent evidence suggests they’ll struggle to find the back of the net, and won’t entertain fans as much as they have in the past.